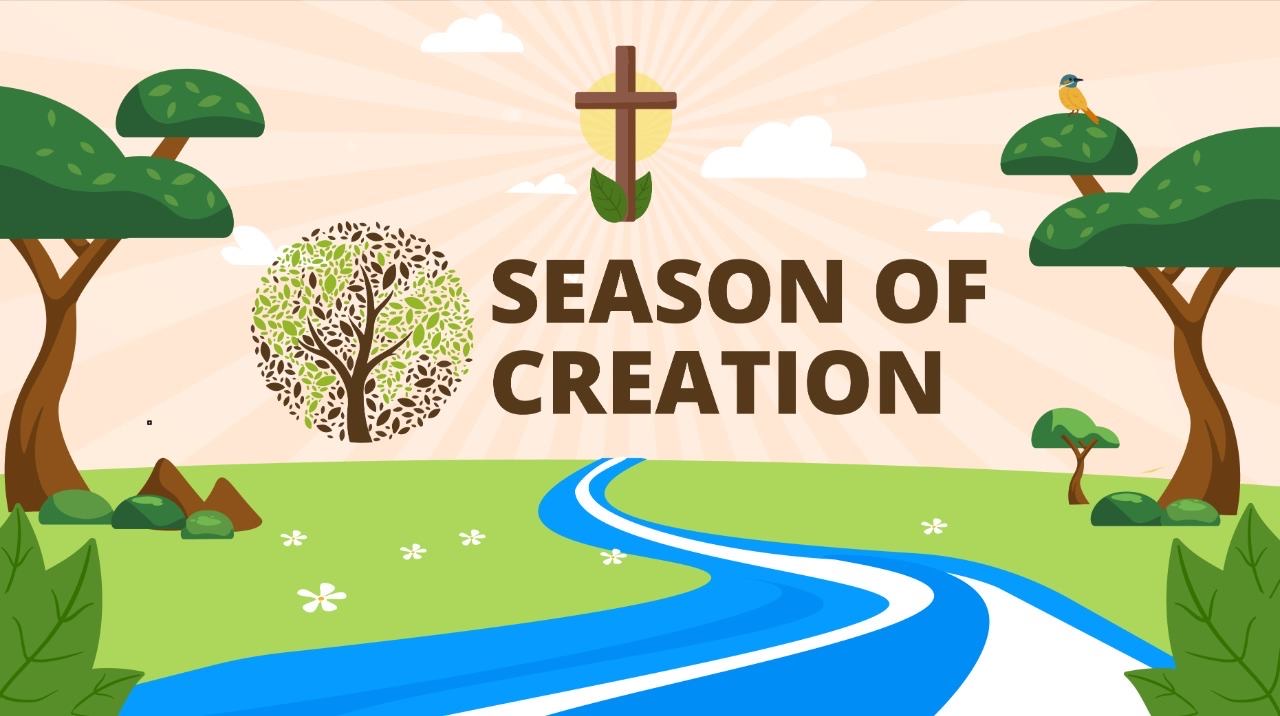 During this Season Of Creation, may we be attentive to the rhythms of creation. The world was made to communicate the glory of God, to help us to discover the Lord of all in its beauty, and to return to Him. Pope Francis

Dean’s Vicar in Limerick – The Dean of Limerick and Rector of Limerick City Parish, the Very Revd Niall Sloane, has appointed the Revd Bernadette Daly as Dean’s Vicar in the parish. Ms Daly is a former Director of Pastoral Studies at the Church of Ireland Theological College. She has served as a chaplain in Dublin hospitals and in Trinity College, Dublin. She has also served in the Diocese of Europe. Ms Daly’s Service of Installation and Welcome took place in St Mary’s Cathedral, Limerick, yesterday (Sunday) at 11.15am.

Archbishop Jackson’s engagements – Today, Monday, the Archbishop of Dublin will chair a meeting of the Network of Inter Faith European and North American Concerns hosted by the Scottish Episcopal Church, and on Wednesday afternoon Lord Mayor Hazel Chu and Mr Brendan Kenny, Deputy Chief Executive of Dublin City Council, will pay a courtesy call to the See House.

Choral Evensong resumes – sung by the Girls’ Choir, will resume in Christ Church cathedral, Dublin, this week at 6pm.

Primate flits – After a long delay due to covid etc, the Archbishop of Armagh, the Most Revd John McDowell, has moved from Clogher to the See House in Armagh. A date has yet to be set for his enthronement in St Patrick’s cathedral.

Clogher service – The Institution of the Revd Francis Rutledge to Magheraculmoney Parish (Ardess Parish) will take place in the Parish Church on Friday the 23rd October with an invited congregation and dependant on restrictions in place at the time. 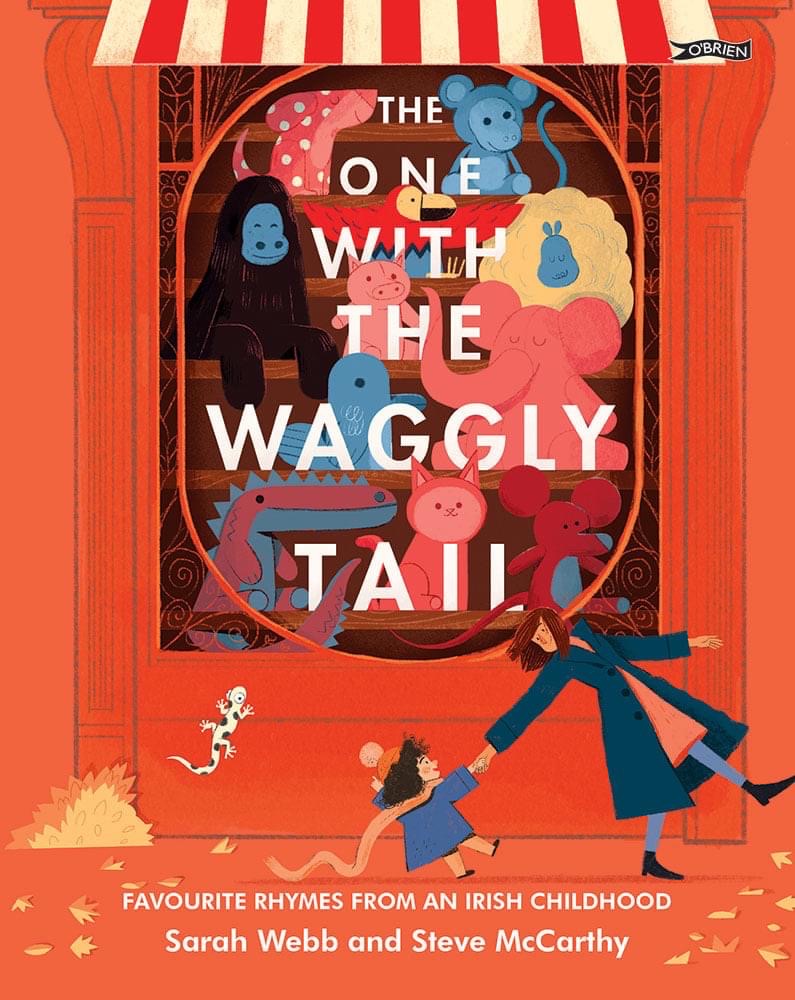 New book alert – The One with the Waggly Tail. If you like ‘A Sailor Went to Sea, Sea, Sea’ then you’ll love this one! Cover and illustrations by the wonderful Steve McCarthy! Out in Oct but it can be pre-ordered here: [ https://bit.ly/2Z3SxFr] Or ask at your local bookshop to do a pre-order. Please support Irish books. 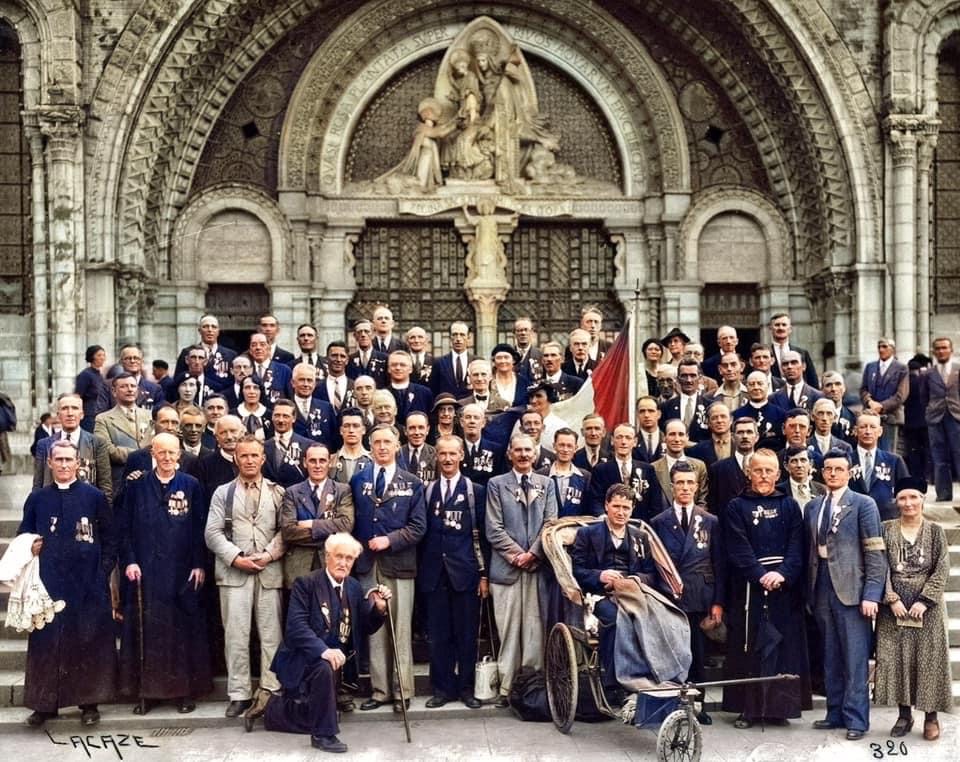 This photograph was taken at a large gathering of Irish First World War veterans at the Sanctuary of Our Lady of Lourdes, France, in September 1936. The leader of the Irish contingent of veterans was Fr. Ignatius Collins OFM Cap, a Cork born Capuchin priest who had served as a chaplain during the War (front row, third from the right).

The pilgrimage was the second occasion that veterans from all the belligerent countries had assembled to pray for peace on the continent. Fr. Ignatius described the event as a ‘prayer for universal peace from we who, for years, had known war. And we could not but pray for a just peace between the two mother countries – Ireland and England’.

Fr. Ignatius was sent to the Western Front in August 1915 and acted as chaplain with the 69th Field Ambulance Corps. In January 1918 he was awarded the Military Cross in recognition of ‘exemplary gallantry during active operations against the enemy’. 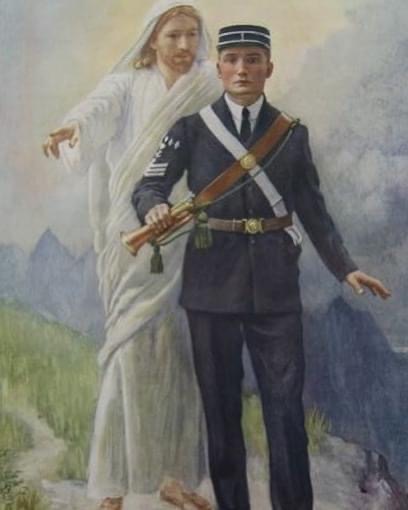 The object of the boys Brigade is ,” The advancement of Christ’s kingdom among Boys and the promotion of habits of Obedience, Reverence, Discipline, Self-respect and all that tends towards a true Christian manliness.”

The motto is “Sure and Steadfast” taken from Hebrews 6:19 With all that has happening with Covid restrictions the BB is meeting for the first time this year on Zoom. The Boys Brigade will carry on being the kings messengers advancing Christ kingdom among Boys. 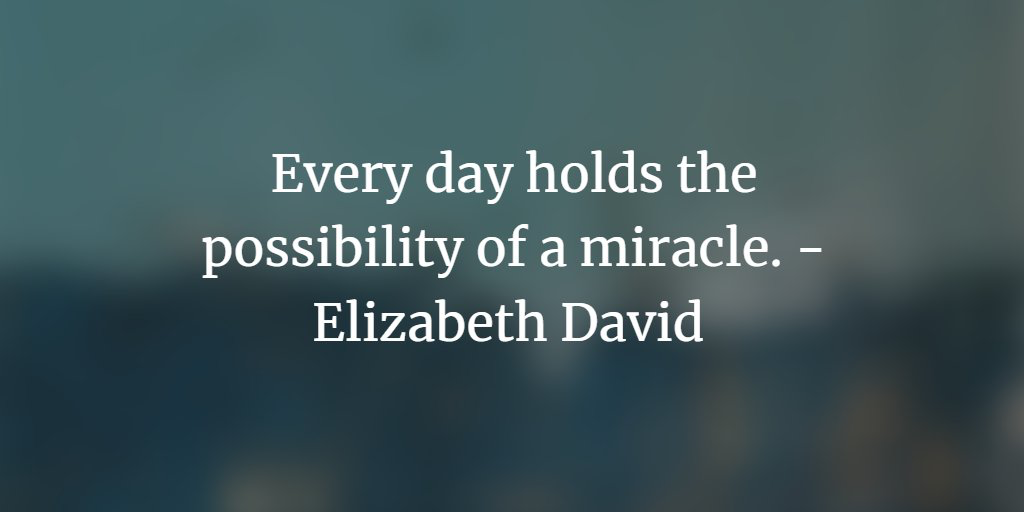 Today we pray for children. Reports of physical abuse against children increased by 53% during lockdown, with adolescents most at risk. We pray for their protection, that they will find refuge and for wisdom for social workers and charities as they respond.

We pray for all families separated by restrictions on movement and travel, and for all those for whom reunion is impossible at the present time. 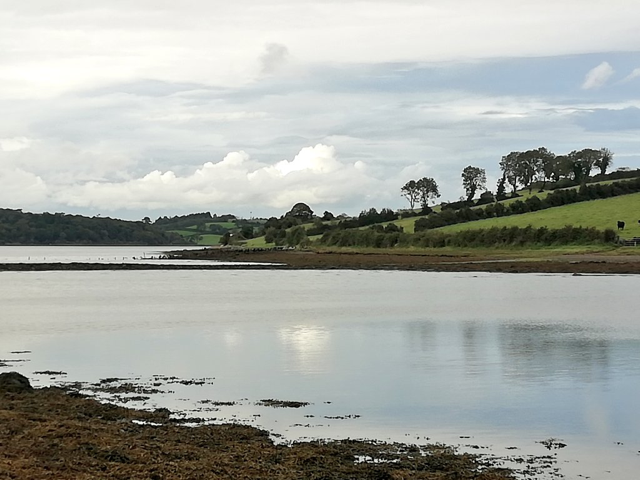 St Elizabeth of the Trinity
“All nature seems so full of God to me:the wind blowing in the tall trees,
the little birds singing, the beautiful blue sky, everything speaks to me of Him.”