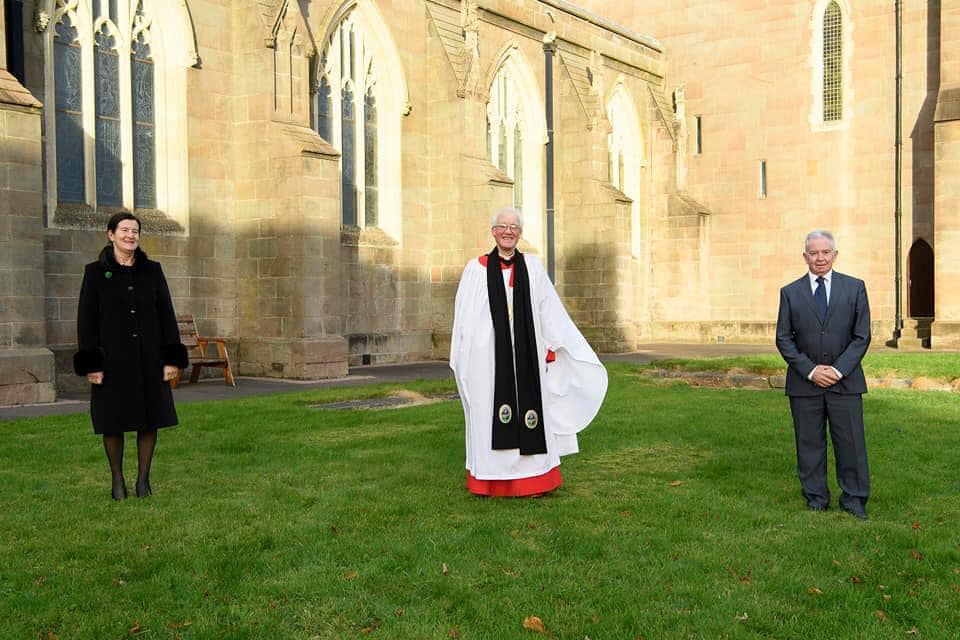 Final service as Dean of Armagh

The Very Revd Gregory Dunstan led Choral Evensong on Sunday 25 October 2020 as his final service as Dean. The Dean who has served in this role since December 2011 will retire at the end of October.

Respecting restrictions because of the coronavirus, the final service allowed some clergy, members of the Cathedral congregation and members of the Friends of Armagh Cathedral to thank the Dean and to make presentations to him.

Although there was sadness that this was his last service as Dean, there was great appreciation of the work which he has undertaken on behalf of the Cathedral at both church and secular levels. While always putting the Cathedral first as a place of worship, the Dean has also been willing to involve the Cathedral in the life of Armagh, from hosting Council events such as concerts to welcoming tour operators to the City. Armagh has obviously grown dear to the Dean as he will continue to reside in the City following his retirement and it is hoped that he will return to worship on the Hill of Armagh in the years to come.

Speaking before his final service, the Dean said, “It has been an enormous privilege, as an Englishman, to come and serve for nine years in this cradle of Irish Christianity. Thinking of both the City and the Cathedral, their inheritance from St Patrick, their history and their musical traditions have all got under my skin. I pray for the peace of this place, and for its welfare, not least at this exceptionally difficult time. I look forward, God willing, in some small and different way, to continue to contribute to its life.” 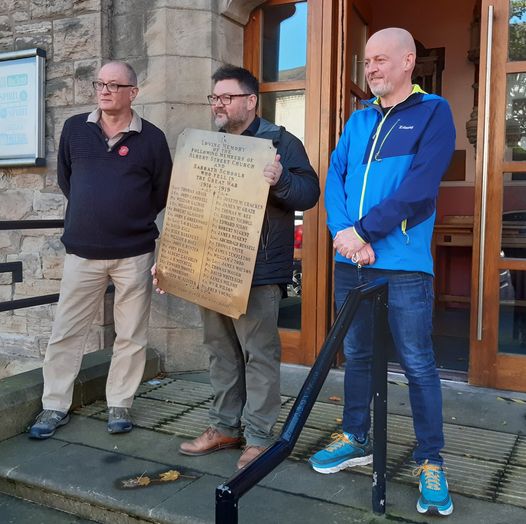 Albert Street Presbyterian Church closed on 31st January 1971 with the congregation joining with the Argyle Place congregation to form West Kirk Presbyterian Church, Shankill Road, Belfast. Recently, war researcher, Mark Ramsey met up with History Hub Ulster researcher Nigel Henderson and passed over the brass war memorial plaque to him. The plaque, having been ‘missing’ for 49 years was today (Monday, 26th October 2020 handed over by Mark Ramsey (right) and Nigel Henderson (left) to the Reverend David Clawson (centre with plaque), West Kirk. A re-dedication service will be held at West Kirk on Remembrance Sunday.

History Hub Ulster chair, Gavin Bamford writes: “It is pleasing that another ‘lost or missing’ war memorial has been found and returned to the church and area where many of the men who died in the Great War worshipped.”

Whether cooking for one or for all the family, you’ll find recipes for every occasion in the new Food and Fellowship Cookbook from Mothers’ Union.
Order yours now for just £5. https://mueshop.org/product/food-and-fellowship-cookbook-b0067/

The NHS could be a crucial border poll decider 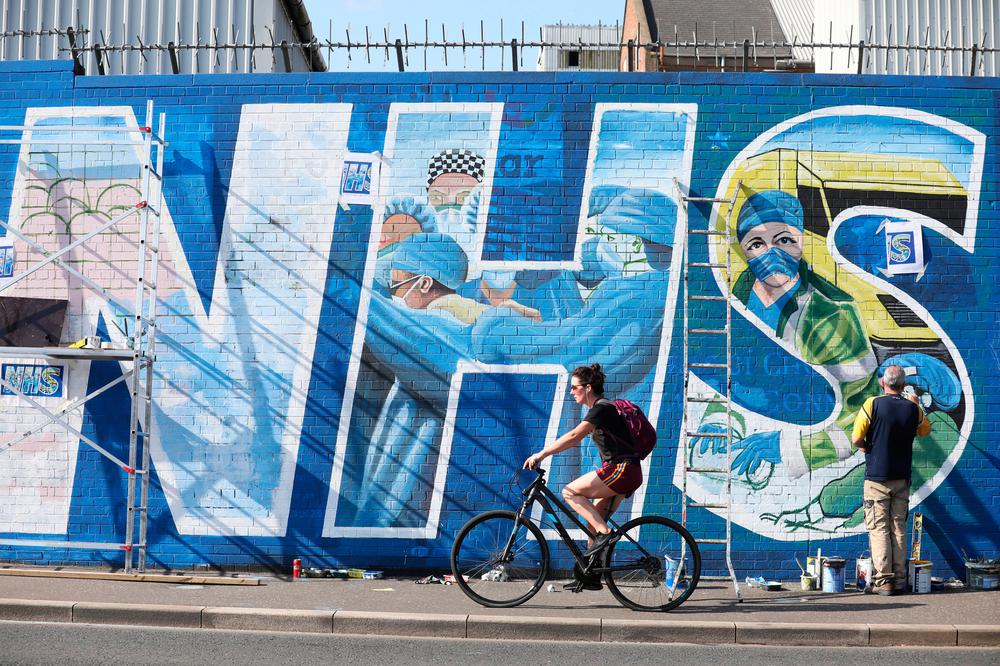 35% would definitely vote for Irish unity,
34% for the Union
26% in LucidTalk poll say they’d likely vote to stay in UK because of free healthcare. Belfast Telegraph –
[[] https://www.belfasttelegraph.co.uk/news/northern-ireland/poll-nhs-could-be-crucial-in-border-poll-with-support-for-united-ireland-and-the-union-running-neck-and-neck-39666639.html ]

A celebration of Bible Sunday

Churches small and large and everything in between can celebrate Advent, Christmas Eve and Christmas Day even during a pandemic, so long as they’re willing to innovate — and perhaps simplify.  – Presbyterian Church of USA

Pray for the Mothers’ Union in Ibba, South Sudan. Pray especially for their Development Coordinator Canon Naomi Edward and the MU Leader Mama Esther Phillip, as they work together with the other MU leaders to ensure that women are economically empowered.

In these days of change and challenge, pray that CMSI will find new ways to help parishes around Ireland find their call to bring hope and transformation to their communities and to play their part as members of the worldwide family of God.

Today we pray for families trapped in Helmand. Civilians are caught up in fighting between government forces and the Taliban in Afghanistan’s southern province and up to 35,000 have already fled their homes.

We pray for all those suffering from COVID-19 at this time, and especially today for those struggling with mental illness in isolation. 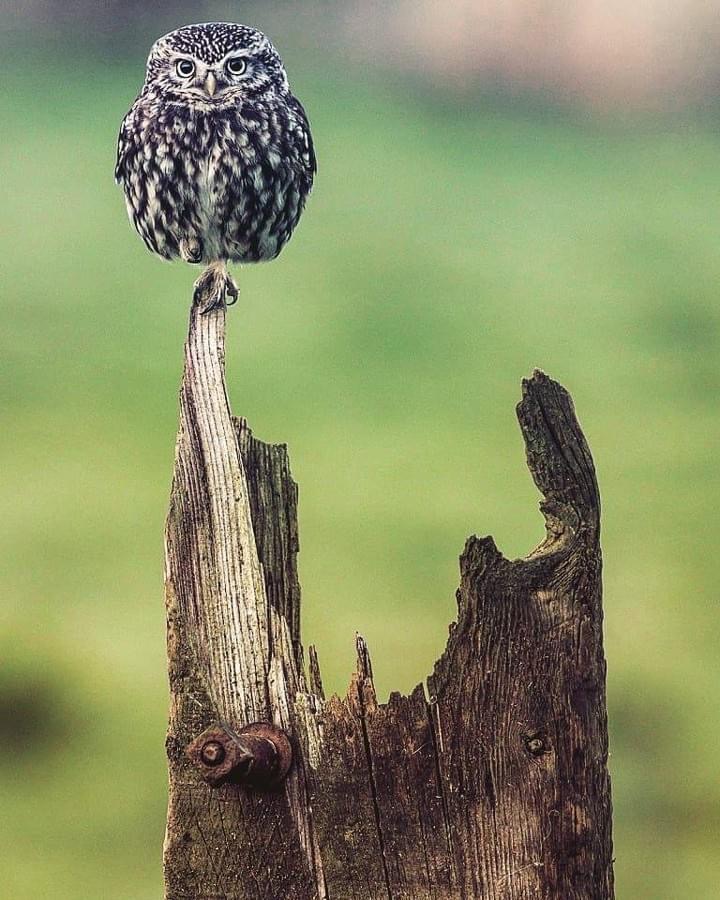