An insider look at the C of I House of Bishops 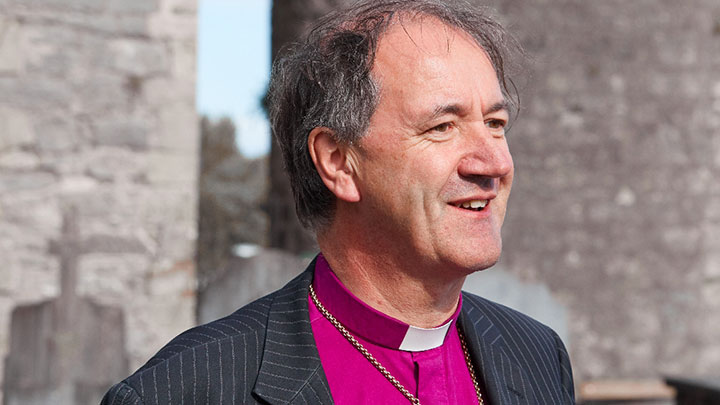 “As I sat recently at a meeting of the House of Bishops of the Church of Ireland, I was struck both by how interesting a body of people it is and how much it is about to change in terms of membership”, writes Bishop Michael Burrows of Cashel Ferns and Ossory in his monthly letter to clergy and parishioners.

In perhaps the most considered, open, and frank, comment from within the House of Bishops in over a decade, Bishop Michael continues –

“There are twelve of us all told (just one is female) and that number will reduce to eleven whenever there is next a vacancy in either Limerick and Killaloe or Tuam, Killala and Achonry.

“At present there is major change happening or impending in the northern area of the church. The last bishop of Derry and Raphoe, Bishop Ken Good, retired before the summer and we await the consecration of his successor, Archdeacon Andrew Forster, in December. Bishop Harold Miller, formerly of Down and Dromore, retired at the end of September and as I write, the process to elect his successor is in train. At the end of December, the bishop of Connor, Alan Abernethy, will retire sadly on health grounds. I have now had the amazing realisation that I am the second-longest serving bishop of the same diocese in the House (well-rivalled by Bishop Colton of Cork who has been in post since 1999). It now seems to me a veritable eternity since the day in early 2006 when, to my utter amazement, I was elected as your bishop.

“The Electoral College procedure to appoint bishops has been significantly altered of late by the General Synod and this year’s elections in the Northern Province have been the first occasions when the new system has been used. Essentially, Colleges do not now meet on a single occasion but on two (possibly three) separate days, with the space in-between allowing for sifting, short listing and ample reflection. The hope is that this will ensure that fewer elections, particularly in the northern province, become deadlocked or reach an impasse over-hastily, with the choice of bishop then passing to the House of Bishops. (Until recently six of the seven bishops of the Armagh province had been appointed to their dioceses by the House of Bishops rather than by an electoral college). Another consequence is that no one will again find themselves elected as a bishop without even knowing that their name was being considered – as happened to me in 2006!

“I often wonder just how much the make-up of the House of Bishops influences the everyday life of the church; yet part of our DNA is that we are an episcopal church and it is the diocese rather than in fact the parish which is the basic ‘local’ unit. The present bishops are in general a fascinating and energetic body of people amongst whom it is a privilege to work. It is often said that we must be a difficult group to chair, as we are all so used to chairing virtually every meeting we attend in our own dioceses. We are, of course, when the General Synod is in session, a separate ‘House’ of that body in a neo-parliamentary sense, and while the specific powers entrusted to us are limited, we play together a vital role in the checks and balances of the governance of the church, in upholding its doctrine and teaching its faith.

“Anglicanism is of its nature a broad church whose unity depends on its very spaciousness of thought and practice. Hence it is important that the dozen bishops reflect that diversity and spaciousness, that we do not agree or even appear to agree about everything, that we model what is often called ‘good disagreement’ when necessary as well as essential collegiality.

“In short, the bishops should mirror well in themselves the subtle balance of views which over many years has been a characteristic strength of the Church of Ireland.

“It is not vain to say (because it is simply true) that in the church, as in many other bodies, the views and attitudes of the ‘leaders’ do texture the wider atmosphere far beyond their own immediate ranks.

“One of the extremely humbling and profound truths I have learned as a bishop is that, even when the bishop is not physically present, there is a mysterious yet authentic way in which, in an episcopal church, the outlook, even the character, of the bishop does pervade the atmosphere. It is an extraordinarily humbling and indeed frightening truth for those of us called to be bishops and it can make us deeply conscious of our human inadequacies. Yet on the other hand not everything requires assertive or intrusive leadership – there are many times when leadership is best exercised gently and indirectly, when many tasks are delegated, and when it can truly be said that often a leader is most effective when others barely know that s/he exists.

“All these thoughts and comments are but food for our prayers in this time of major episcopal change – because the choice of its bishops is truly a matter for the whole church and not just for the individual diocese where they will be based.

“But as I reflect (and being human speculate privately) about which individuals may soon join me on ‘the Bench’, I will allow myself one comment as a (mere) male.

“The Church of Ireland was the first Anglican church in these islands to agree to the ordination of women as bishops, nearly thirty years ago. At this point we have but one bishop who is a woman, my estimable colleague of Meath and Kildare. No woman has yet been elected to the office by an electoral college. Just across the water in Wales, where the decision to have women as bishops came much more recently than the Irish decision in the matter, there is now about to be a perfectly gender-balanced ‘Bench’ of bishops. Our own slow progress towards a more gender-balanced House of Bishops reflects what I think is a common malaise in many aspects of the life of the Church of Ireland. We think that, once we have decided to do something in theory, that we have done our duty. We are very poor about strategic follow-through, not least in matters of inclusivism and diversity.

“Frankly a House of Bishops where eleven out of the twelve members are male cannot easily claim to reflect in any way authentically the ‘balance’ essential to the healthy flourishing of the church of which I have already spoken. However, I dare to expect that, long after I am dead and gone from this world, my successor in the Bishop’s House in say 2120 as she walks along the corridors and (as I do daily) contemplates the portraits of her predecessors, will find that by that stage those very pictures have begun to reflect an emerging and healthy balance of episcopal gender, and perhaps even episcopal ethnicity as well. I dare to live in hope!”