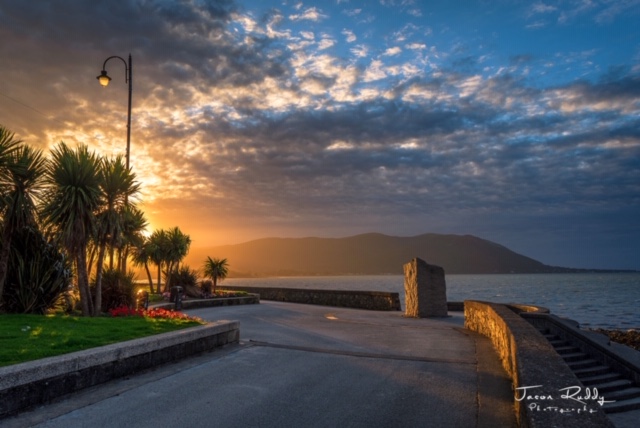 Bishops’ letter to key politicians in Ireland, UK, EU and US on Brexit, Peace and Prosperity

The Northern Catholic Bishops have sent the following letter regarding the current negotiations on Brexit to An Taoiseach Micheál Martin; Prime Minister Boris Johnson; Head of the EU Task Force for Relations with the United Kingdom, Michel Barnier, and various key US officials (including Nancy Pelosi and NI Special Envoy, Mick Mulvaney). Bishops stressed that any deal agreed on Brexit ‘must uphold and maintain the detailed provisions and principles of the Good Friday/Belfast Agreement, in all its parts.’ The letter also urged the international community to use its leverage in trade and other negotiations surrounding Brexit to ensure that the Good Friday/Belfast Agreement is respected and to avoid any return to a hard border on the island of Ireland. See full text of the letter below.

We, the Northern Bishops and the Northern Ireland Catholic Council on Social Affairs (NICCOSA), write to you at this critical juncture to contribute to the current negotiations surrounding the UK’s withdrawal from the European Union. We do so acknowledging the important joint statement from Christian church leaders on this island regarding Brexit and welcoming the recent engagement between UK Prime Minister Boris Johnson and European Commission President Ursula von der Leyen. We are heartened at the positive tone arising from this discussion in which both parties acknowledged the importance of agreeing a deal on Brexit for the good of the UK and Europe, and as the basis for a strong strategic EU-UK relationship in the future.

Any deal which is agreed on Brexit must uphold and maintain the detailed provisions and principles of the Good Friday/Belfast Agreement, in all its parts. This Agreement, which has been the vital cornerstone of progress towards peace in Northern Ireland, is so essential to our shared vision for the future that it cannot be undermined in any way. The UK and Irish governments, as signatories of this Agreement, must both ensure, along with friends and supporters in Europe, the US and globally, that a Brexit deal is formulated around the provisions of this Agreement, not contrary to them. Any deal which changes the effects, content or spirit of the Good Friday/Belfast Agreement cannot be accepted on this island where people voted overwhelmingly to endorse this Agreement as the foundational basis for our shared and reconciled future.

The Protocol on Ireland/ Northern Ireland, which was agreed by all Brexit negotiating parties after arduous and detailed discussions, ensured that there would be no return to border infrastructure on the island of Ireland. The UK government, as a signatory to this Protocol as part of the Withdrawal Agreement, affirmed the importance of this provision for the future peace and stability of this island. As the UK government has now announced that it will break its obligations under that legal agreement, we must warn that a return to any border apparatus on this island (even if it be for customs and trade checks only) would be a dangerous backward step. It would inevitably threaten the fragile peace and political stability towards which substantial strides have been made since the Good Friday/Belfast Agreement. The removal of border structures on this island has been of significant benefit to the daily lives of families, communities and businesses in border regions, but most importantly, it has been crucial to the functioning of the Good Friday/Belfast Agreement, to the step-by-step growth in normality in our society, and to the maintenance of peace.

At this decisive time, we are urging the international community – which contributed so much on both sides of the Atlantic to the achievement of our peace process – to use the influence and diplomatic leverage they have in trade and other negotiations surrounding Brexit to ensure that the Good Friday/Belfast Agreement is respected and to avoid any return to a hard border on the island of Ireland.

A Brexit deal must be put in place as soon as possible to allow citizens time to proactively attempt to adjust their business models and ways of living to take account of any new arrangements in the limited period which remains to do so.

We appeal to negotiators to do their utmost to ensure that a ‘no-deal’ scenario is avoided because that will have serious and long-lasting negative consequences for the economy, for society and for peace and stability on this island.

We were alarmed at the announcement by the UK government that it will break international law by retracting from the Withdrawal Agreement, including the Protocol on Ireland/ Northern Ireland, which it ratified only ten months ago. While it is acknowledged that any parliament can exercise parliamentary sovereignty by enacting or repealing law, it is widely accepted that the rule of law requires that there be legal certainty. Law that is enacted and repealed with undue haste militates against this principle and dilutes public respect for the rule of law. From an ethical perspective this action also represents a betrayal of the principles of mutual trust and transparency, which are so crucial to positive global diplomatic relations, which are vital to the functioning of the Good Friday/ Belfast Agreement and which should be inviolable in the important space of British-Irish relations.

We ask you to accommodate and respect the exceptional position of Northern Ireland in the ongoing negotiations. Its unique position was recognised in the Good Friday/Belfast Agreement which provides that there are three important strands to its identity, including intra-community relations, relations between North and South on the island and between East and West on these islands. The unique identity of this region cannot be reduced to a binary alternative. That reductionism was tried in the past and resulted only in violence, decades of bloodshed, and countless ruined lives. This is a shared home place. In fact, ever more we need to realise its exceptionalism as the important strands intrinsic to its identity have expanded beyond the three key relationships, to another strong bond with Europe. All of these relationships are fundamental to the future of this region, to the identity of its citizens and communities, to the type of society that they wish to live in, and to the respect for difference which is enshrined in the Good Friday/Belfast Agreement. Accordingly, they must be equally honoured and respected in their multiplicity in any international agreement. This was the key to the success of the Good Friday/Belfast Agreement and must form the immutable basis for negotiations on Brexit as they relate to this region.

Despite its many achievements as a model of peace-building and reconciliation, Northern Ireland remains a post-conflict society facing many challenges. These include ensuring a compassionate and just response for those most directly affected by the violence of the past, dealing with the painful and traumatic legacy of division, tackling continued paramilitary activity and sectarianism, and restructuring the economy to create a sustainable future for our society. At present, the economy is fragile and heavily dependent on public services, while many in our society are already marginalised and living in poverty, including many young people. The Covid-19 pandemic has brought additional challenges and its far-reaching, and often devastating, effects on our society and economy are still emerging.

On top of all of these challenges, the uncertainty surrounding the outcome of the current Brexit negotiations, and the growing concern that the unique position of this region is being neglected by the UK government for reasons of political expediency, is alarming in the context of our contemporary history and the fragility of social and political cohesion and peace.

The withdrawal of the UK from the European Union will impact on, and shape irrevocably, the future of all these islands. Whilst we appreciate that there are differing views on the best way to resolve the complex arrangements needed to effect the UK’s withdrawal from the EU, we share the growing concern over the current stance of negotiations with less than three months remaining to agree a deal and the potential impact of a ‘no-deal’ scenario on all of our communities.

Northern Ireland is uniquely situated to reap the positive aspects of its position with regard to the UK and the EU Single Market. However, we must be conscious that it is also uniquely and highly vulnerable. This vulnerability was undoubtedly reflected in its majority vote (56%) in favour of remaining within the EU. We are an all-island church and we have heard from communities across the island of their grave concerns about the impact of Brexit on trade, the economy and employment. People are worried that the outcome of current negotiations could undermine the way they live their everyday lives, as well as the type of society that they wish for themselves, their children and their local communities post-conflict. These apprehensions, which are most acute in border regions, need to be understood and respected by negotiators. Decision-making on Brexit must include citizens as part of engagements and planning. Clear communication with all stakeholders at every stage is essential.

Common EU membership has underpinned and facilitated cooperation on this island in a vast array of areas. These include health, education, agriculture, fisheries, trade, energy, the environment, tourism, arts and sport, among others. It is important that widespread cooperation continues on these matters. EU-wide agreements, including the European Arrest Warrant, also made possible significant cross-border cooperation on policing and security. It is vital that arrangements are put in place to ensure that close working relationships and data sharing can continue post-Brexit, in particular in areas such as human trafficking, child protection and criminal and paramilitary activity.

Social cohesion in this region is delicate. Its destabilisation, combined with the feeling of many across all communities that they do not have a voice or a say in Brexit negotiations or outcomes, could drive some to the extremes or give a sense of agency to those who advocate violence as a means of achieving political and constitutional change. To put it plainly, failure in these negotiations will have serious and long-term implications for the whole of society in this region, as well as the lives, livelihoods and aspirations for the future of people living on this island.

At this vital juncture in our history, when all that we have worked for and achieved together is in peril, we exhort you to tirelessly strive in negotiations for a deal to be reached, as soon as possible, which will ensure the protection of peace, stability, economic opportunity and good relations on and between these islands.

We thank you for your service in politics at this important time and we are conscious of the challenges facing negotiators on all sides of this debate.

The call of many during the Covid-19 pandemic has been to stand together and we feel that this cry is of utmost relevance to this debate. The globalisation of our world teaches us that regardless of the outcome of negotiations, it is inevitable that our futures on these islands will be inextricably linked and so there is no longer any place for retreating to factional allegiances. Standing together and working toward shared objectives we can achieve so much more in the pursuit of justice, peace and sustainable development for our own communities, for Europe and for the world.

Most Rev Noel Treanor DD
Bishop of Down and Connor