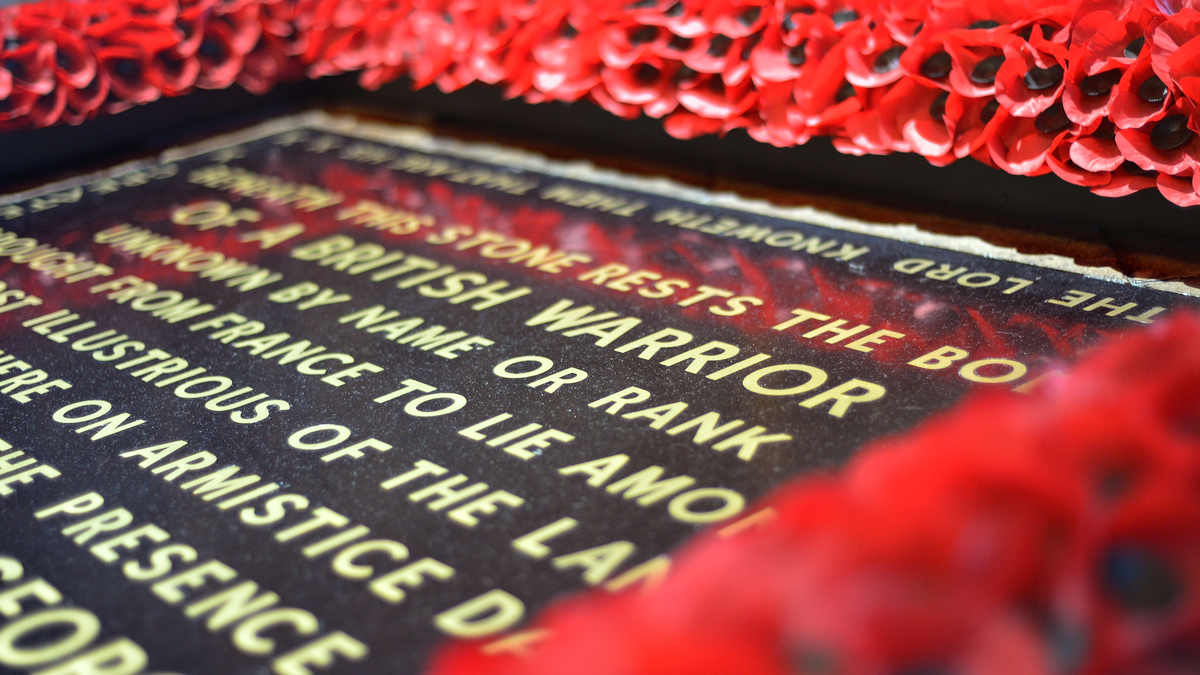 Sacrifice is not only in time of war

Archbishop Justin Welby preached this sermon yesterday at the Service to Mark the Centenary of the Burial of the Unknown Warrior at Westminster Abbey.

Come Holy Spirit and fill our hearts afresh with the fire of your love. Amen.

Robert Graves wrote of the kinship forged between soldiers in his poem ‘The Two Fusiliers’:

‘Show me the two so closely bound
As we, by the wet bond of blood,
By friendship, blossoming from mud,
By Death: we faced him, and we found
Beauty in Death
In dead men, breath’

The common testimony of those who fight is that, in the heat of battle, they fight for those around them – those with whom they serve.

On this Centenary of the burial of the Unknown Warrior at Westminster Abbey, we pay tribute to the many millions of men and women who have died on so many battlefields, unnamed and unclaimed, except by God. Those poignant words “known unto God” express loss immeasurable and hope infallible. Whether on the gravestones of Flanders, Picardy and the Somme, of Kohima, Imphal or the Khyber, in a multitude of cemeteries small and large.

Yet no-one is known only to God. Even this warrior had his mother and father, had a birth, had those with whom he trained, marched, fought and died. All of those whose graves are so anonymous, so reluctant to tell their story, had those who did not know where their friends died, never found the grave, yet knew the birthday, heard the memory of the laugh, of the cry, saw the gap toothed smile and the confident swagger of the newly enlisted.

Sacrifice is not only in time of war. In war and peace, sacrifice is the virtue that smooths the rough roads over which our societies travel. This year, sacrifices have been made and are being made by thousands, even millions unknown. People have put aside all they hold dear.

We may never meet them or read their names. We might not know what they have suffered or given up. They may be anonymous, but their actions are glorious. They too are seen and known by God, who alone re-stitches the fabric of a torn and broken world but does so with the lives who knowingly or not hear his call and respond in love. From their lives comes fruit. From the life of this Unknown Warrior comes fruit of remembrance, of hope.

In the heat of the present crisis, we remember their lesson. When, as we have this year, we face deep uncertainties and difficulties, we do not just look after ourselves. We make a stand for our families, for our friends and neighbours. We look out for our loved ones, close and far, because we know that none of us are safe until all are safe. The Unknown Warrior sounds the call of sacrifice for every person.

Loss immeasurable is laid here, yet because of the resurrection, hope infallible. None live for themselves. None die unknown. No death is unmarked by God. The dark of the cross is lit with the light of resurrection – the light that this Warrior, with each of us, is offered in Christ; the light of hope and of life.