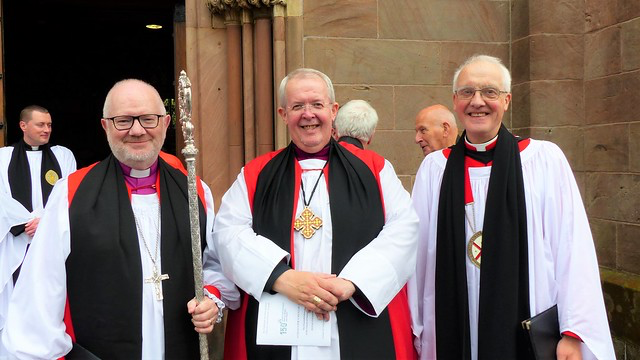 St Patrick’s Cathedral, Armagh, held a service to mark the 150th anniversary of the Disestablishment of the Church of Ireland on Sunday, 22nd September.

Dean Gregory Dunstan welcomed everyone to the service and explained the historic context and significance of the Disestablishment of the Church of Ireland in 1869. He concluded that: “Disestablishment therefore set the Church of Ireland free to be what it is, a minority tradition in the Body of Christ, a Church on the same standing as others in the family of God, one branch of the True Vine.

“This is a Church that, tracing its history through the often complex history of these islands, cherishes its identity as Catholic and Reformed. It maintains the three–fold Orders of Ministry that it has received and through them, its inheritance from the churches of the apostles. It upholds a particular spiritual and theological tradition deriving from Cranmer and Hooker, enriched by catholic, evangelical and charismatic experience. It is part of a worldwide communion of churches and of developing ecumenical institutions. Now as one tradition among many in a secular age, it must be comforted, commissioned and empowered by its Lord to be as salt, that pinch in the mix, sterile in quantity, that brings life and taste to the whole.”

The preacher at the service was the Bishop of St Asaph, Wales – the Right Revd Gregory Cameron.

Bishop Gregory suggested that a problem with Disestablishment probably lies in the church’s ambivalence towards power. To have power is a noble prospect but it has to be acknowledged that the church has had a bad relationship with power. In the teachings of Christ, He demonstrates a distinction between power as dominion or authority (in Greek exousia) as against the power to bring about change (dunamis in Greek). Christ used his power of authority to transform, to heal and to nourish. He said the greatest among you must become the servant of all.

But so often the church in the past has been all too ready to ignore that command of Christ, to hold on to dominion gather than to lay it aside and embrace the power of the Holy Spirit to transform and reconcile. Too often we have been more Pontius Pilate than Jesus Christ.

The church is called to learn and relearn the lessons of the heartbeats of our communities, to know their needs and their aspirations. To understand their culture, to live in a century not of our own choosing but in the place and time we are put. 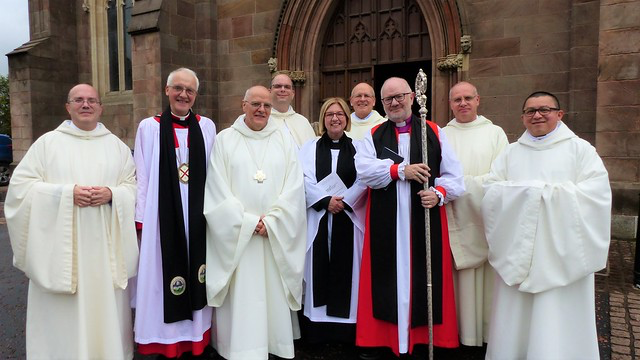