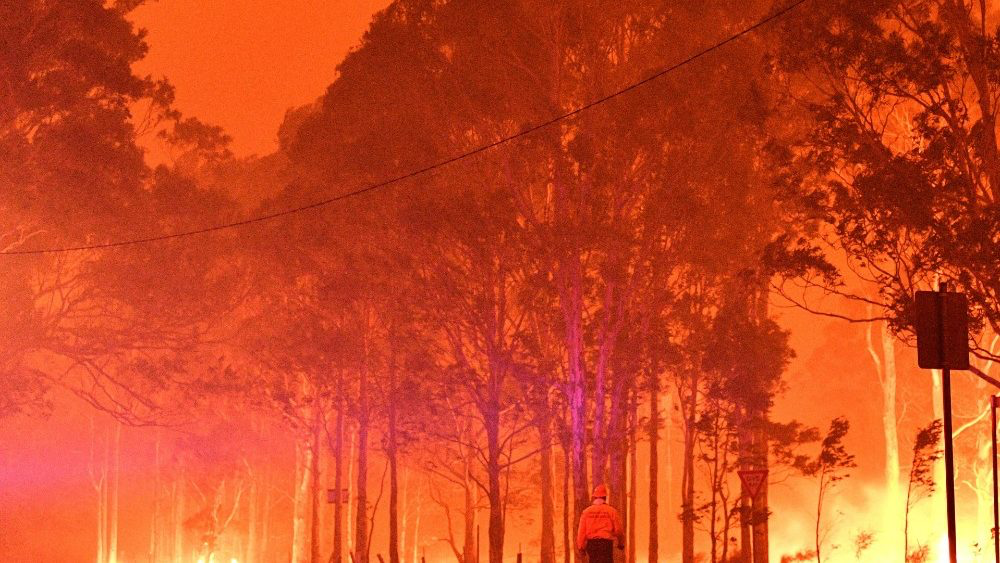 The President of the Australian Catholic Bishops Conference speaks of the unprecedented calamity facing the country as bushfires continue to burn. He also announces that parishes will take up a special collection at Masses on Australia Day weekend.

As bushfires continue to burn out of control in Australia, the President of the Australian Catholic Bishops Conference, Archbishop Mark Coleridge, has issued a statement on the unprecedented crisis facing the country.

In his statement, the Archbishop commends the “heroic” efforts of firefighters, the “resilience” of communities, and acknowledges the lives lost and properties destroyed.

While noting the huge amount being done around the nation, coordinated by governments and first responders, local faith communities and other groups, Archbishop Coleridge says that “the scale of this crisis requires a national response from the whole Church to complement and coordinate what is happening locally.”

As part of that response, the Bishops Conference has announced that parishes will take up a special collection at Masses on Sunday 26th January, Australia Day weekend, and will “work to connect individuals, families and communities in need with people who are able to provide various types of support.”

The statement goes on to say the bishops will be working with key partners, including national Catholic organisations and religious institutes, to coordinate the most effective response possible from the wider Catholic community.
Archbishop Coleridge also reiterates the importance of prayer at this time of crisis.

“A genuine Catholic response to a crisis of this magnitude must draw strength from prayer which inspires concrete and compassionate action”, he said.