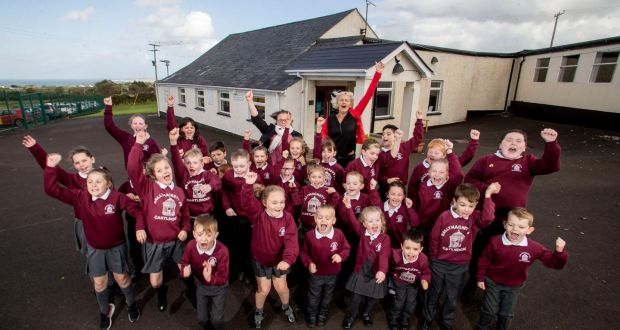 At Ballyhackett Primary School outside Castlerock, Co Derry, religion is low on the pupils’ list of priorities, Freya McClements writes in The Irish Times.

“I know the religion of some of my friends, but not all of them,” says Ellie-Rose Guyler (10).

“I don’t think about it much,” chips in her friend Kara Mullan (9).

“We talk about other things,” explains their 10-year-old classmate Aidan Bradley.

The pupils are interested in art, homework, and playing with their friends. “We have a field,” says Aidan, pointing from the playground across the road.

Ballyhackett is surrounded by fields. In the foothills of the Sperrin Mountains, but only a few miles from the Co Derry coast, the schoolyard overlooks green countryside with the sea beyond.

The rural school has only 36 pupils; its low enrolment means it has been earmarked for closure by the Council for Catholic Maintained Schools (CCMS), which runs Catholic schools in Northern Ireland.

Instead, Ballyhackett is one of two primaries in the North – the other is Seaview Primary School in Glenarm, Co Antrim – that are attempting to become the first to transfer from Catholic maintained to integrated status, thereby keeping the schools open.

Integration “means you have Catholic and Protestant”, explains Ellie-Rose.

“And Muslim and Jewish,” says Aidan.

“We could have lots of new people and that would help the school stay open,” says Kara.

In practice, most of the pupils attending controlled schools are Protestant

In Northern Ireland, the majority of children are educated with other pupils of the same religion. Most primary schools are run either by the CCMS, or are “controlled” schools, which are run directly by the North’s Education Authority; in practice, most of the pupils attending controlled schools are Protestant.

Integrated schools bring children and staff from both Catholic and Protestant backgrounds, as well as those of other faiths or none, together in one school so that children from different backgrounds are educated together.

According to the most recent Department of Education figures (2014-15) 7 per cent of primary and secondary pupils attend integrated schools.

At Ballyhackett, there is a long tradition of educating children of all religions. Its current enrolment is approximately 70 per cent Catholic and 30 per cent Protestant; it has a long-standing shared-education programme with a nearby controlled primary, Castleroe PS.

I’m a prison officer, I couldn’t send her to a Catholic school … I’d be targeted

Yet for some parents, says Johnston, there is still a distinction between the informal integration at work at Ballyhackett and transferring to integrated status. She cites the example of the parent of one of her children’s friends.

“The father came up and said, ‘I’m a prison officer, I couldn’t send her to a Catholic school. I couldn’t go to the school sports day, I’d be targeted’,” she says. “Of course he wouldn’t, but that’s still the mentality. Things are changing, but among the parents not everything’s changed. The Troubles are still there; people say it’s not, but it is.”

In this context, she says, becoming formally integrated would be an important statement of intent.

“Being integrated would be like telling people, ‘that’s the way we do things here’.”

When the CCMS announced it was consulting on the school’s closure, integration felt like the obvious choice. 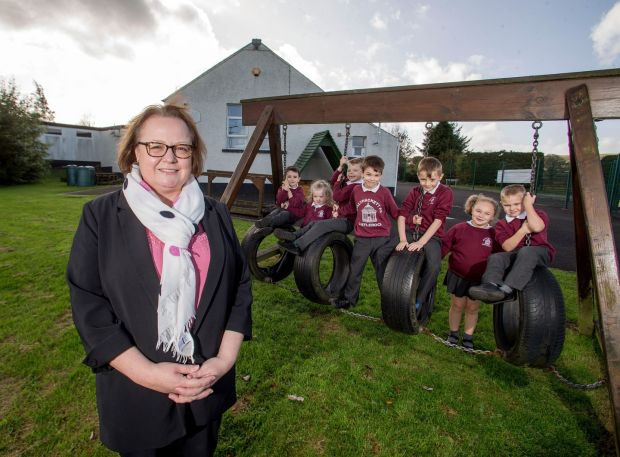 Gráinne McIlvar emphasises ‘the value of the school to the community’.

“It just seemed like the natural thing for this school to do,” explains parent and governor Anne Marie Orr. “While it might look like doing whatever means possible to avoid closing, it didn’t feel like that for us.”

Orr and her husband are in a mixed marriage; they chose Ballyhackett for their sons because it was their local school and it had a good reputation.

Like all schools, Ballyhackett must still demonstrate it is sustainable; under the Department of Education’s Sustainable Schools Policy, the minimum enrolment is 105 pupils. Under its current circumstances, according to the CCMS’s assessment in March this year, Ballyhackett is not sustainable.

“We have to evidence that there is unmet demand,” explains Orr. “So what we’ve been doing is highlighting the fact that we have every intention of transforming and if parents complete an expression of interest form then it’s evidence the school will sustain itself.

“We’re asking for signatures from parents of zero to four-year-olds because we want to show we are sustainable into the future.”

Their campaign is much in evidence; further along the Co Derry coast, a large banner calling for support for Ballyhackett is strung along the railings of the former Bellarena PS, which closed last year. 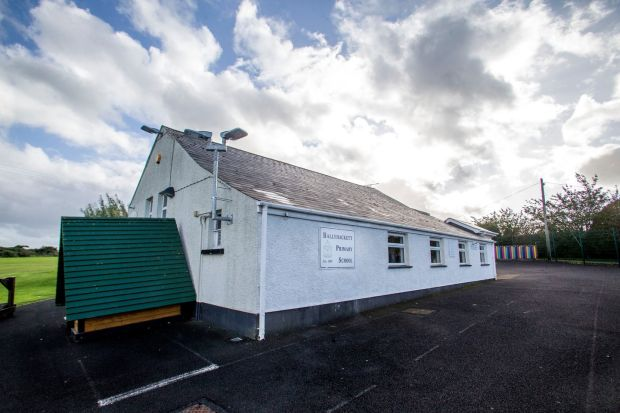 “I agree there is money being wasted in the education system, but I think it’s being wasted because we’re segregated. I don’t think just picking off the smaller rural schools is fair or the best thing. If you take a school away, how are you going to attract parents and attract new families?”

“You’ve got the Welsh highlands, the Scottish highlands,” adds the principal, Gráinne McIlvar. “In some of those areas you have the presumption to stay open because of the value of the school to the community.”

The nearest school, a controlled primary, is two miles away; a Catholic maintained primary is just over six miles in the other direction.

The school must now submit a development proposal on the plans to transform to integrated status, which will then go out to consultation; a decision is expected from the department by the end of the school year.

“I suppose people think we’re just a small school on the north coast,” says McIlvar. “They don’t realise how forward thinking we’ve been.”