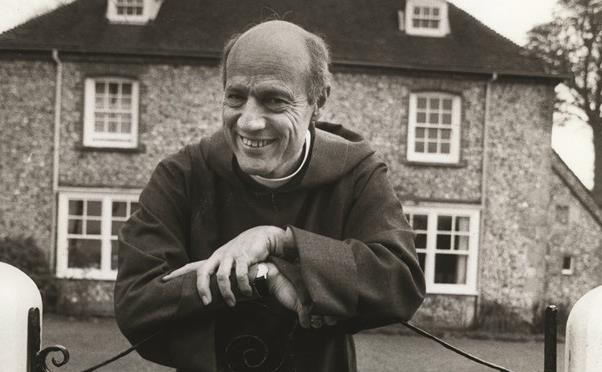 A new BBC documentary detailing the case of the serial abuser Peter Ball, a former Bishop of Lewes and Gloucester, and the decades-long battle of survivors to bring him to justice, is to be screened this week, the Church Times reports.

Ball was sentenced in 2015 to 32 months in prison for a series of offences, including misconduct in public office and indecent assault, more than 20 years after the first allegations against him were made (CT News, 7 October 2015). He served 16 months of his sentence. Further charges were allowed to lie on file. He died last year aged 87 (CT News, 24 June).

The two-part programme, Exposed: The Church’s dark secret, is to air tonight BBC2 on Monday and Tuesday nights after the watershed. It is expected to include testimonies from victims, police, and church officers, as well as dramatic reconstructions.

Darren Kemp, the programme’s executive producer, said on Friday: “Exposed: The Church’s darkest secret details the years of abuse faced by teenagers and young people at the hands of Peter Ball, and their campaign for justice, told primarily through the honest, unflinching testimony from survivors of his abuse, some of which is previously unheard.

“We wanted to make the programme to allow survivors to have a platform to tell their stories. We gained so much insight from them, not least about how systemic the abuse truly was and the long-lasting impact it still has on people to this day.”

The first hour-long episode will cover the Ball’s rise in the Church, his character, and how his power and influence allowed him to abuse young men unchallenged.

The second episode will focus on the battle survivors had to expose Ball. One of the stories will be that of the late Neil Todd. His disclosure of allegations against Ball in 1992 eventually led to the Bishop’s first arrest in 1992. Ball accepted a police caution and resigned. Mr Todd had been repeatedly abused by Ball during the 1980s and ’90s, and later took his own life.

It is understood that the C of E’s National Safeguarding Team has offered support to survivors and worked with the producers of the programme. A statement on Tuesday said: “We have supported a number of people, at their request, who have given interviews to the programme, but no official comment has been requested from the Church.”

The statement goes on to describe Ball’s actions as “a grievous abuse of trust”, and points out that the Archbishop of Canterbury had commissioned a review by Dame Moira Gibb into the Church’s handling of the case.

The documentary is expected to be heavily influenced by the Gibb report, An Abuse of Faith, which was published in 2017, and detailed the events and circumstances that eventually led to Ball’s imprisonment (News, 30 June 2017). The report strongly criticised the conduct of senior church leaders, including a former Archbishop of Canterbury, Lord Carey, for failing to respond to repeated expressions of concern and allegations against Ball.

The case was also the subject of a public hearing carried out by the Independent Inquiry into Child Sexual Abuse (IICSA) in July 2018. The Inquiry, which has been investigating the extent to which the Anglican Church failed to protect children from sexual abuse, is due to produce its final report in the summer (News, 19 July 2018).

BBC Two, 9.00pm. Daily Telegraph preview
Sometimes the monsters hide in plain sight. That’s the message behind this devastating film about the crimes of Bishop Peter Ball, who died last year, and the ways in which the Church of England conspired to cover up his widespread abuse. The charismatic Ball, who became the Bishop of Gloucester, built a reputation as a man of simple monastic tastes, all while appearing on television  to dispense wisdom and courting friends in high places, including the Prince of Wales. The reality was brutally different. Ball used his reputation as a godly man to court vulnerable young men. Central to the story is Neil Todd, the teenager who made the first allegations of abuse by Ball in the 1990s only to find his testimony ignored. It’s a shocking, if all too believable, story that will only get darker in tomorrow’s concluding episode, as the scale of the cover-up  is revealed.