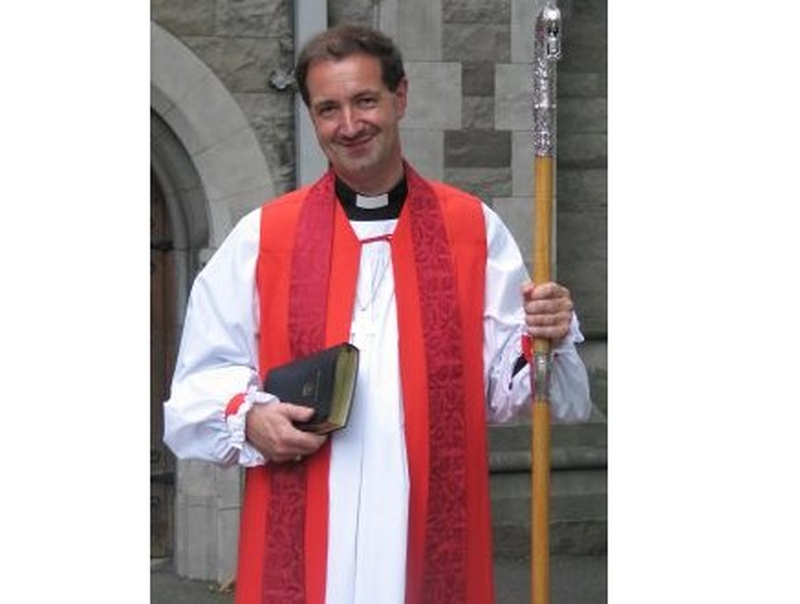 Bishop Michael Burrows in his current monthly letter to his parishioners in Cashel Ferns and Ossory comments on the recent cancellation of the commemorative event planned by the Government in respect of the Royal Irish Constabulary and the Dublin Metropolitan Police.

As I write I am watching from the corner of my eye news coverage of the cancellation of the commemorative event planned by the Government in respect of the Royal Irish Constabulary and the Dublin Metropolitan Police. It seems rather troubling that in this context the public atmosphere of the Decade of Centenaries, hitherto positive and essentially non – partisan, appears to have been soured. Christians, whose central act of worship is essentially an event involving rich liturgical remembering, should be able to offer at least some clues to wider society regarding how to remember well.

Many years ago, standing in a churchyard containing several neglected and almost forgotten graves of members of the RIC, a shrewd friend observed to me that it was the members of that force who would prove to be the hardest group of people to remember well in modern Ireland. And in a way I had good reason to understand why – in the final years of the RIC the association of that force particularly with the notorious Black and Tans left a very painful legacy. My own father had vivid memories of, as a child, being knocked off his bicycle and kicked by the Black and Tans near Birr for no reason at all save that he happened to be on the road.

We all have our varied memories, even our inherited bitternesses. Yet the RIC and the DMP are part of our complex shared history. Many members of this diocese will have had ancestors in the old police forces. Many former RIC constables joined An Garda Siochana at its foundation. Many of them had devoted their careers to the necessary everyday tasks of policing communities and preventing crime. The DMP was in fact never disbanded but rather merged into the Gardai (who greatly depended upon its well-trained detectives) several years after the foundation of the Free State. Unlike the RIC, the DMP was essentially an unarmed urban force and this unarmed tradition was passed to the Gardai as a whole. Indeed, one of the most courageous decisions ever made by the new State, in an atmosphere of violence and danger, was that its new police force should be normally unarmed. This remains a proud hallmark of An Garda Siochana to this day. There are few countries now where the policeman or policewoman on the beat is without a gun. Yet as the first Commissioner of the Guards, Michael Staines, famously pointed out, the intention of his force was to succeed not by coercion but by the moral authority that came from being the servants of the people.

Memories are complex and mixed … It is easy and understandable that we often view the old police forces through lenses such as pictures of armed policemen overseeing evictions … or the actions of the DMP during the Dublin lockout… Or the fact that in their final days during the war of independence the police found themselves (to use the cliche) on the wrong side of history. But it is also necessary to preserve perspective and balance. I mentioned my own father’s bad experience from those turbulent times … On the other hand I still possess to this day a stout blackthorn made for his father by a kindly RIC parishioner in Sierkieran.

From all this musing perhaps a couple of lessons might be drawn… recognising that by the time these few words appear the public debate in this matter may well have moved on a great deal.

It is so easy for a debate to become bitter and impassioned, rather than moderate and reasonable, once it has become dominated by shrill voices with many other axes to grind. We frankly know this well from other discussions even within the life of the church. Perhaps the form in which the RIC / DMP commemoration had been planned was injudicious and served to create an opportunity for opponents to pounce, yet it is vital that calm, reason and respect return to this discussion and that the matter is not conveniently forgotten. One of the final building blocks in the edifice of peace in this island is surely how to ‘remember well’ those who policed Ireland at a very different time and often in a very volatile atmosphere. And that remembering must be shared by those whose ancestors would have had very different loyalties and indeed very different attitudes to the police of the day.

As with many complex matters, the basic intention of any commemoration has nevertheless to be kept as simple as possible. The RIC and the DMP were part of our island’s story, many individuals lost their lives doing their duty as members of those forces, there are forgotten graves and memorials around the country erected in memory of fellow humans whose experiences and indeed suffering do not deserve to be airbrushed from the national epic any more than any the experiences of any other group of people. Good remembering of all this deserves minimal and careful words, considerable silence, and suitable dignity. It is utterly unhelpful to make connections between RIC commemorations and the timing of border polls, or to see such commemorations as some sort of magnet to draw people of the unionist persuasion closer to espousing a united Ireland in the context of Brexit.

The RIC, as I have said, were always going to be hard to remember well. Indeed, it has been easier to remember well in recent years the many Irish volunteers who served in the Great War – for so long they had been the cohorts airbrushed from memory. However, very often good remembering of sensitive matters is best done locally. In the local context the names of the dead will connect with families who still live in the area, it is easier to recall the sheer humanity of the individuals concerned, the chance, as it were, to scrape the ivy off old tombstones may be particularly fascinating. In the coming months and years, I would be most interested to know how local Church of Ireland parishes in our area are making a useful contribution to addressing the RIC ‘remembering well’ issue … given the material evidence in the matter that I believe lurks in many of our churches and churchyards we might be able to offer something quite worthwhile.

After all, we are a household of faith for whom ‘remembering well’ is essential to what we are. And Christian remembering, especially in the liturgical sense, is never simply about arid academic contemplation of an irretrievable past; rather it is about appropriating how that past deeply affects me, makes me what I am, becomes part of my story. We people of faith have much to say about how our complex national story can be well remembered, and not hijacked by the destructive or manipulated by the cynical.