Bishop of Bristol to take up national safeguarding role 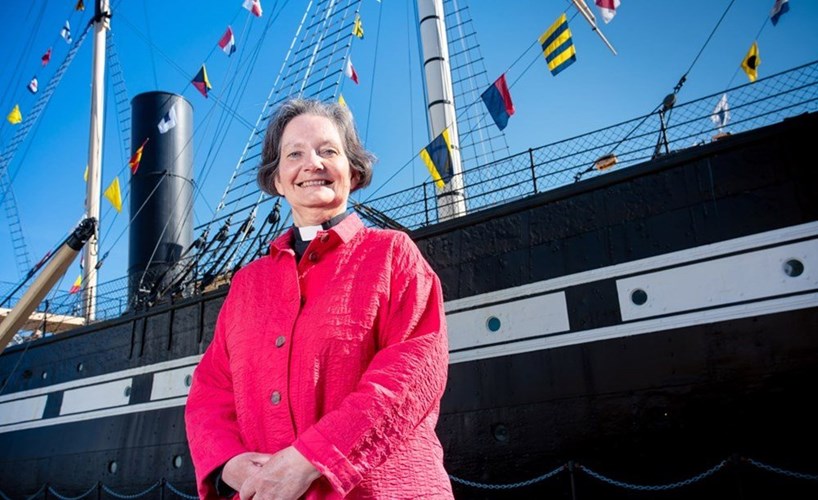 To speak on safeguarding in the House of Lords

The Bishop of Bristol, Bishop Viv Faull has been appointed a deputy lead bishop for safeguarding, with a focus on liaison with diocesan bishops on behalf of the National Safeguarding Steering Group (NSSG) and with the wider Anglican Communion, and to speak on safeguarding in the House of Lords.

“I was a Chester Diocesan ordinand when Victor Whitsey was Bishop, and a Deacon in Gloucester when Peter Ball was Bishop. Though they did me no individual harm I have seen the great harm done to others and the whole Church of God. Safeguarding has therefore been an urgent concern throughout my time as Dean in Leicester and in York where I led changes of process and culture and learnt much. I am aware of how much the Church still has to learn and will do my best to contribute to debates and to enable fellow diocesan bishops to participate fully and be supported in their roles.”

Bishop Jonathan said: “We are delighted that Bishop Viv has agreed to take up this role bringing her long experience of ministry and absolute commitment to good safeguarding. She will play a key role as a link between the NSSG and other bishops, as well as with the wider Anglican Communion.”

The Church of England’s National Safeguarding Team is reviewing a claim that Archbishop of Canterbury Justin Welby mishandled abuse accusations made against his former mentor, the late John Smyth. According to reports in The Church Times, an abuse survivor, “Graham” alleges that in 2013 Welby failed to report his complaint to church officials in South Africa, where Smyth was then living, allowing him continued contact with young men.

Smyth, who died in 2018, is accused of savagely beating and sexually harassing young men and boys at the Iwerne Camps, an evangelistic summer program for boys from elite private schools. Archbishop Welby served as a dormitory counselor at an Iwerne camp under Smyth’s direction in the late 1970’s. The abuse allegations were made public in a 2017 television documentary. The Church of England is currently conducting a separate “lessons-learnt” review into the handling of accusations against Smyth, which is expected to be completed net year.

The investigation into Welby’s handling of the complaint comes a month after the Most Rev. Stephen Cottrell, the new Archbishop of York, acknowledged his failure to report a domestic abuse case correctly. Earlier in June, former Archbishop of Canterbury George Carey had his license to officiate revoked by the Diocese of Oxford for yet-to-be disclosed reasons associated with his own handling of allegations against Smyth.

Graham first reported his abuse to a priest in the Diocese of Ely in 2012, but the priest, a fellow abuse survivor, delayed passing on the accusations to diocesan officials for a year. Welby was briefed about the allegations in 2013, and said in 2019, that he had written to the primate of South Africa about the situation.

Graham, however, says he has seen the letter Welby mentioned, and that it is addressed to a suffragan bishop in Cape Town diocese, not the primate, and that there is no evidence that it was ever sent or received. On Channel 4 news on July 27. Graham said, “I’m afraid from everything we can see, Justin Welby was told relatively early on in the story, seven years ago, and appears to myself to have done virtually nothing.”

The National Safeguarding Team, in a July 27 statement, said “It is in the public domain that when Lambeth was contacted in 2013 about an allegation against Smyth it liaised with the relevant diocese. This was to ensure that the survivor was being supported, police had been informed and that the bishop had contacted the Bishop of Cape Town, where Smyth was then living.”

They added that they were “reviewing information and will obviously respond on this to the person who brought the complaint and take any further action if needed.”