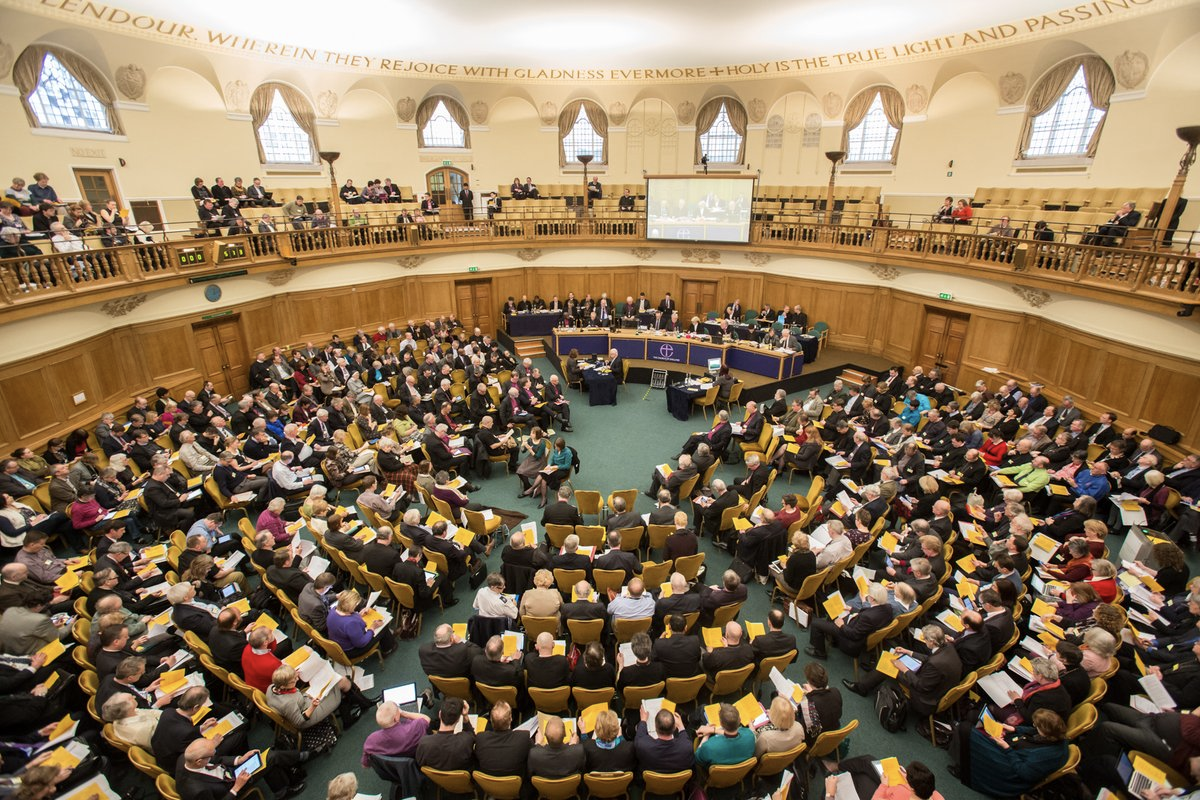 Calls for “proper” and “just” redress for survivors of clerical abuse, with “serious money”, were made in an emotional debate on safeguarding in the General Synod on Wednesday morning.

The Synod voted unanimously for an amended motion to endorse the response of the Archbishops’ Council to the recommendations made by the Independent Inquiry into Child Sexual Abuse (IICSA).

The amendment, brought by the next lead Bishop of safeguarding, the Bishop of Huddersfield, Dr Jonathan Gibbs, asked that the original motion be reinforced by “concrete actions”. Earlier attempts to strengthen it had foundered (News, 7 February). Dr Gibbs’s amendment also urged the National Safeguarding Steering Group to commit to a “fully survivor-centred approach to safeguarding, including arrangements for redress for survivors” and to update the Synod on the progress on the IICSA recommendations not later than 2021.

Redress was a small phrase with large implications, Dr Gibbs said. “It will mean serious money [and] changes in ways we handle claims and complaints.” Safeguarding responses must be “shaped by the righteousness and compassion of God’s Kingdom, not by the short-term and short-sighted financial and reputational interests of the Church,” he said.

His amendment was endorsed by the Bishop of Bath & Wells, the Rt Revd Peter Hancock. Introducing the debate, Bishop Hancock reflected on his experience as lead bishop for safeguarding for the past four years, which had included the IICSA hearings and investigations. “I did not really know what I was getting into. . . an experience and privilege I will never forget.”

Much progress had been made to improve safeguarding in the Church, he said: 250,000 people had completed safeguarding training; an independent safeguarding panel had been set up; and safeguarding had been “embedded” into recruitment of clergy and Church officers, theology, practices, and policies of the Church.

After repeating his apology to survivors of clerical abuse, the Archbishop of Canterbury paid tribute to the service of Bishop Hancock. He quoted a survivor who had anonymously written to him to thank the lead safeguarding bishop, describing him as a “true shepherd” who had created a safe space for Archbishop Welby led a standing ovation for the bishop. While it was still going on, however, a banner was unveiled by an advocate for survivors of clerical abuse, Andrew Graystone. The poster read: “Church Commissioners: Lambeth Palace Library — £23.5 million plus fittings, fees, and VAT. Reparations for victims of church abuse — £0.00.”

The message was first acknowledged and commended by Simon Friend (Exeter) during the debate, which repeatedly returned to the topic of redress. “It is important that people in the chamber feel uncomfortable until you no longer feel uncomfortable and your questions are answered,” he said. “Somehow, we must embody lament.”

The word redress was important, Martin Sewell (Rochester) said. It represented hope for survivors. “No more delay is love in action, costly reparation is costly love in action.”

The Archdeacon of Tonbridge (Rochester), the Ven. Julie Conalty, agreed. “Survivors have suffered in terms of mental health and physical health, they’ve lost families and relationships, and homes and jobs, and secure retirement. If we are serious about redress, if we are serious about offering hope, then we must not fail to deliver on that. Failure to deliver hope kills, quite literally.”

The Bishop of Gloucester, the Rt Revd Rachel Treweek, said that it was “surely right” that funds that the Church had inherited from the past should be used to redress survivors who are suffering from non-recent abuse. 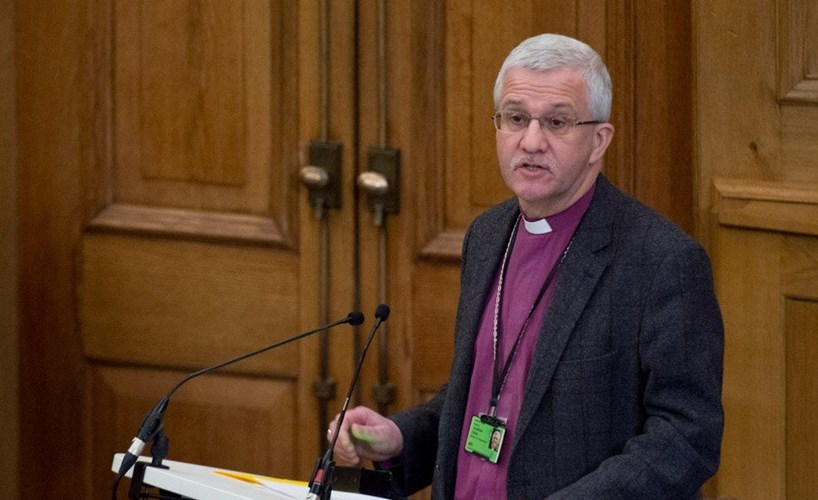 The Bishop of Huddersfield, Dr Jonathan Gibbs, who takes over as lead bishop on safeguarding

Responding to calls, John Spence (Archbishops’ Council) said: “This is not about affordability, it is about justice. . . The funds for redress will be found.”

At the start of the debate, the Bishop of Burnley, the Rt Revd Philip North, also raised the issue of clergy terms and conditions of service, which he said needed reforming to strengthen accountability. “Freehold is a safeguarding disaster and I’m not sure if common tenure is much better.”

In a tearful speech, Susannah Leafe (Truro) spoke of clerical, “episcopal and Archiepiscopal abuse” and of the alleged abuse carried out by the Revd Jonathan Fletcher. She urged the Synod to speak up, listen to survivors, “conceal nothing”, and take responsibility. “We all want to cover up our sin, but it will all be known one day. . . Now is the time of redemption.”

Supporting the amended motion, a survivor of clerical abuse, Emily Bagg (Portsmouth) said that “real, concrete, immediate action” was all that mattered.

David Lamming (St Edmundsbury & Ipswich) expressed gratitude that, although his and Peter Adams’ original amendment to the motion could not be moved (News, 7 February), it had led to the creation of Dr Gibb’s amendment, which he endorsed. He also thanked Bishop Hancock for his work. “Today is not about rules, it is about justice.”