C of I Commission speaks out against racism 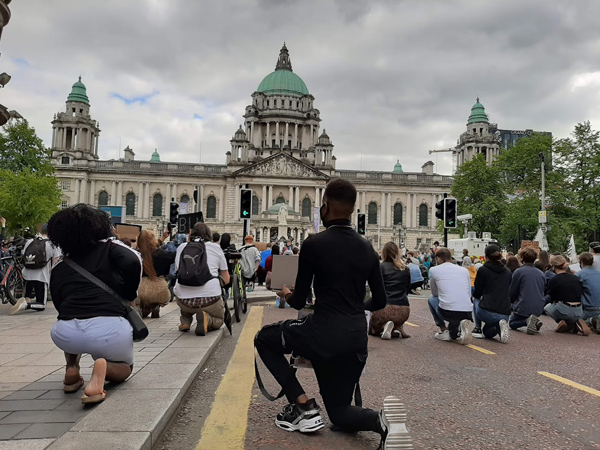 Appalled by outbreaks of racist attacks, insults and discrimination in Ireland

The Church and Society Commission of the Church of Ireland has, following its consideration of the Black Lives Matter movement and issues of racism and related injustices on the island of Ireland, issued the following statement:

‘The current phase of this global movement was sparked by the death of George Floyd in Minneapolis in the United States on 25th May 2020. His bereaved family and the families of others who have died or who have been injured in this cause deserve our prayerful remembrance.

‘The movement has brought to the fore the fact that racism permeates so many aspects of society. The stories emerging of the experiences of black people and other people of ethnic minority has been a salutary lesson for us all.

‘The African slave trade was a shameful period in Western society. We celebrate the fact that Christians such as William Wilberforce (1759–1833) and in Ireland people such as Thomas Russell (1767–1803) and William Drennan (1754–1820) campaigned against it and were instrumental in its abolition. However, we must recognise that many Christians were involved in this trade either actively or as investors, and that many opposed its abolition. We lament the fact that Churches often provided biblical and theological justification for this evil trade. There has been conscious and unconscious racism in our Church and in society as a whole, and we need to hear and address constructively the issues and concerns raised by black people and other ethnic minorities.

‘Sometimes evidence of this hidden history lies behind statues and monuments, some of which are in churches. As we become more aware of this, we hope to ensure that this aspect of history is appropriately recorded and acknowledged within the context of each monument.

‘Racism is still with us. As Ireland, North and South, becomes more racially diverse and inclusive, we are appalled by outbreaks of racist attacks, insults and discrimination which occur all too frequently. We stand against such attacks and insults and we encourage church and other locally–based initiatives which provide welcome and support to all black and other ethnic minority individuals in our society, as part of our Christian witness.’