Chief Rabbi’s intervention on antisemitism should ‘alert us to the deep sense of insecurity and fear’ felt by British Jews, says Archbishop 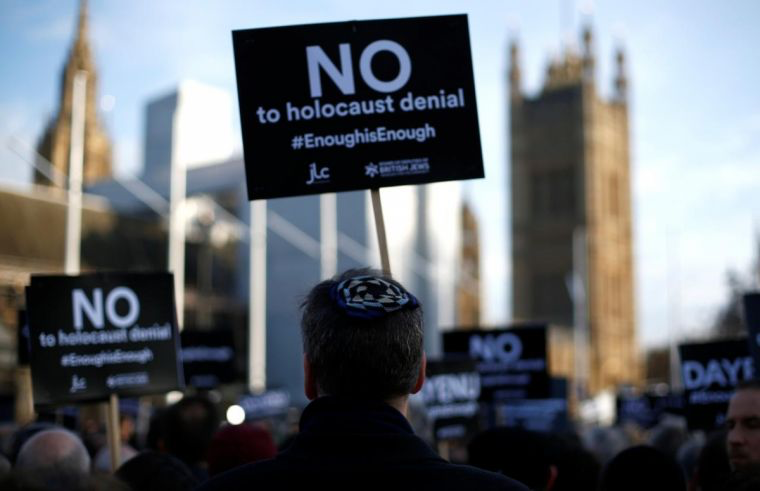 The Archbishop of Canterbury says society must reflect on its commitment to “mutual flourishing and inclusion” after the Chief Rabbi’s unprecedented attack on the Labour Party and its leader Jeremy Corbyn.

In a comment in The Times, Ephraim Mirvis said that “a new poison” had taken root in the Labour Party that was being “sanctioned from the very top”.

“Many members of the Jewish community can hardly believe that this is the same party that they called their political home for more than a century. It can no longer claim to be the party of equality and anti-racism,” he wrote.

“How far is too far? How complicit in prejudice would a leader of Her Majesty’s opposition have to be to be considered unfit for office? Would associations with those who have incited hatred against Jews be enough?

“Would describing as ‘friends’ those who endorse the murder of Jews be enough? It seems not.”

Archbishop Justin Welby has come out in support of the Chief Rabbi, calling on everyone to take “visible action” to end antisemitism.

“That the Chief Rabbi should be compelled to make such an unprecedented statement at this time ought to alert us to the deep sense of insecurity and fear felt by many British Jews,” he said.

He added: “No individual or community in our shared society should have reason to lack confidence in their belonging or security, so parties must make it an absolute priority.”

The Archbishop’s comments come days after the Church of England published a teaching document saying that Christians and Christian teaching had contributed to antisemitism and the Holocaust.

The document, called God’s Unfailing Word, said: “Recognition on the part of the Church that it bears a considerable measure of responsibility for the spread of antisemitism demands a response from the Church.”

It also includes a call to repentance: “Repentance for the sins of the past means a commitment to walk in newness of life today and to reject such misuses of Christian doctrine.”