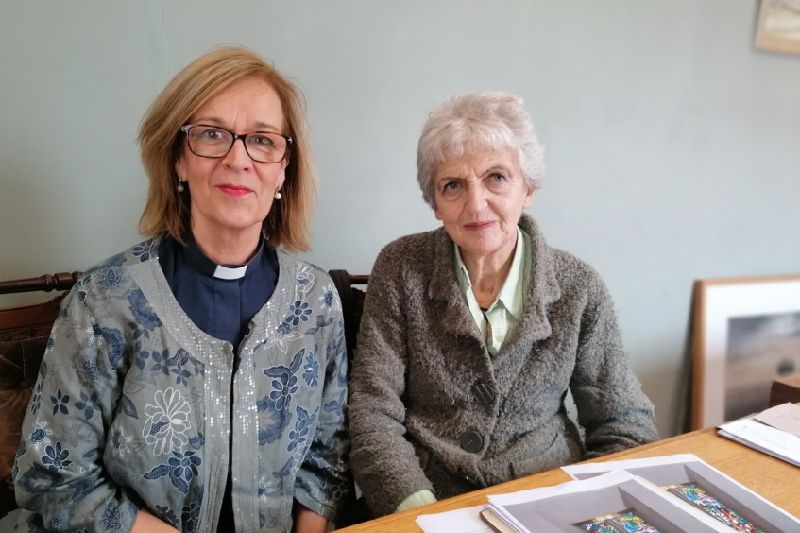 The legacy behind an iconic stained glass window in an Inishowen church – and the extraordinary woman who inspired it – was celebrated last weekend.

The stunning window, located at St Mura’s Church of Ireland in Fahan, was created by the leading Irish artist Evie Hone, whose other notable works are located in Eton College and Government buildings in Dublin, among others. 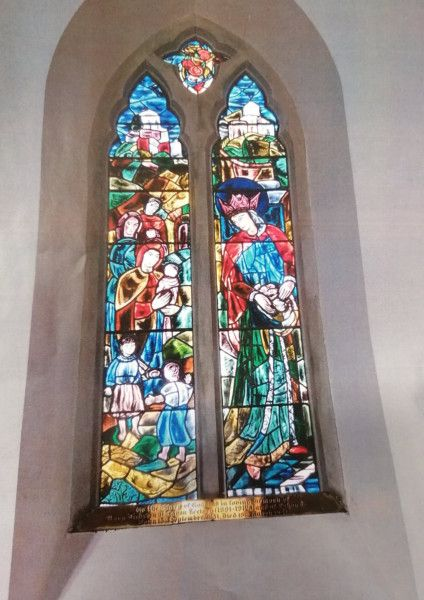 But the window is not only special due to its connection to the celebrated Evie Hone, but also because it celebrates the life of another special woman, Mary Dickson.

Mary, of the Rectory in Fahan and Fahan House, was renowned across the locality as someone who was compassionate, generous and kind. Following her death in 1941, her family commissioned the window in her memory and chose to feature St Elizabeth of Hungary, who possessed the same qualities, as well as a deep faith.

The window was dedicated to Mary, the wife of Canon W.A. Dickson, the Rector of Fahan Upper, from 1891 – 1912, on September 4, 1949. This weekend, 70 years later, there will be a celebration of the installation and dedication of the window at the church.

Mary’s great-granddaughter Caroline Dickson, of Clarendon Street, and Reverend Judi McGaffin (photo above) of St Mura’s Church of Ireland, spoke to the ‘Derry Journal’ about the incredible legacy she left behind and the importance and significance of the window in the church.

Caroline told how her great-grandmother was born Mary Watt in 1851. Tragically, both her parents died when she was very young, so she and her sisters lived with their uncle, David Watt, in a house that is now part of the Magee Campus. 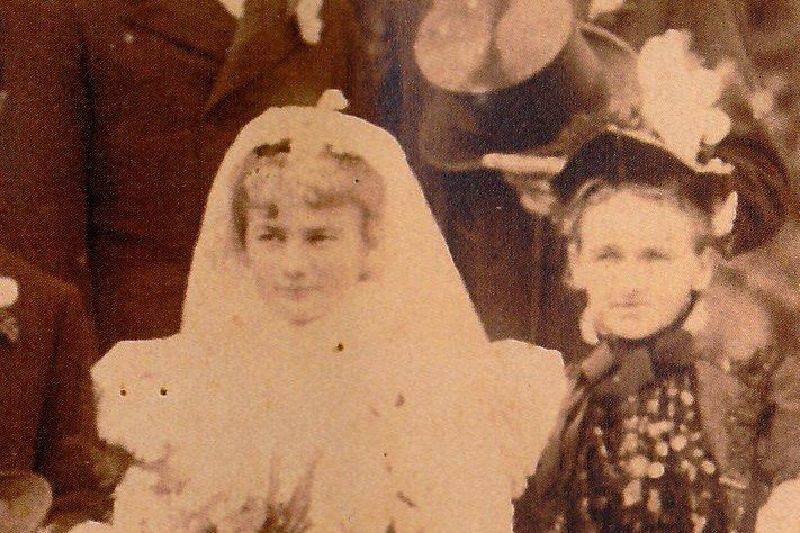 Mary later married Charles O’Brien, a doctor and they had three children. They lived in Co. Limerick, near the home of her father-in-law, the nationalist leader and Young Irelander, William Smith O’Brien.

Sadly, Charles died in his mid-20s and Mary later spent time in Cobh, Cork, with her sister-in-law Charlotte Grace O’Brien in helping to run her large hostel for young female emigrants on their way to America.

There, she met William Dickson and they married. He entered the Church of Ireland ministry in 1883, serving as a curate in Castlerock, Co. Derry and on the Fanad Peninsula. In 1891, they moved to Fahan Upper with their enlarged family, which now included seven more children. Two more daughters were born later. The family lived at the Rectory and Mary gained a reputation for looking after everyone and knowing all the parish. She was known for her warm personality, compassion and kindness.

Sadly, tragedy was to strike again when Mary’s husband died in 1912, while still a rector. She left the rectory and moved elsewhere in Fahan for several years. During this time, three of her children sadly died between 1915 and 1917. Brian, a doctor, passed away first, followed by Annie and Mary, who were both serving as nurses in France during the First World War.

Shortly after the war, Mary bought Fahan House. Many of her family had moved away from Fahan, but her son Fred married Kitty O’Brien, whose family lived next door at St John’s. Their son, Peter was Caroline’s father. Caroline told how her great-grandmother died when she was only two, so she has no memories, only stories about ‘this remarkable person.’

Mary’s family adored her and commissioned the window following her death. A relative, Stella Frost, a painter and landscape gardener who lived in Dublin, was a friend of Evie Hone and that is how she became involved in the creation.

Caroline recalled how, as a child, she had lived in Dublin for a while as her father had been involved in the Foyle Fisheries Act at the Four Courts and had been able to see the ‘cartoon’ sketches of the window before its installation. She told how this, and the window dedicated to her great-grandmother, was one of the main catalysts in igniting a life-long love and interested in stained glass.

Caroline said it was ‘wonderful’ to always be reminded of her great-grandmother when she enters the church.

Rev McGaffin told how the window, despite telling the story of St Elizabeth of Hungary 700 years ago, brings that story ‘right up to date, because of the connection to Mary, a local person’.

She said: “When you see the extent of the window and the colours, it really is amazing.

“I have been brought up in the church all my life and for me, from a child, stained glass windows have been something that have told stories. I’ve only been aware of them telling Biblical stories, but this tells the story of someone who had a Christian mission and of generosity and compassion.”

Rev. McGaffin told how she ‘never ceases to be amazed at the level of history per square kilometre in Fahan.’

“We have a Saint, (St Mura) a Nightingale nurse (Agnes Jones), a holy well, the links to the Laurentic and many others, who are perhaps not as well known but have also left a legacy. Mary Dickson was part of her history and probably did not know she was going to leave that legacy. It’s wonderful.”

The celebration on Sunday evening, September 8, told the story of St Elizabeth of Hungary and Rev McGaffin used the exact prayers and the service that Reverend Gwynne conducted on the night the window was first dedicated.