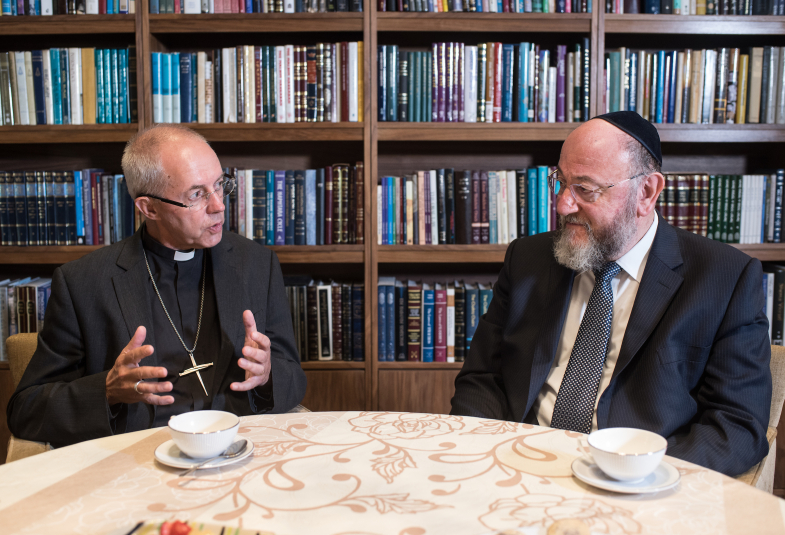 Christian theology played a part in the stereotyping and persecution of Jewish people which ultimately led to the Holocaust, a new reflection on Christian-Jewish relations issued by the Church of England acknowledges.

The teaching document, entitled God’s Unfailing Word, is the first authoritative statement on the subject from the Church of England. It speaks of attitudes towards Judaism over many centuries as providing a “fertile seed-bed for murderous antisemitism”.

It urges Anglicans and other Christians not only to repent of the “sins of the past” towards their Jewish neighbours but to be alert to and actively challenge such attitudes or stereotypes.

The document, published by the Church of England’s Faith and Order Commission, encourages Christians to rediscover the relationship of “unique significance” between the two faiths, worshipping one God, with scriptures shared in common.

The Christian-Jewish relationship should be viewed as a “gift of God to the Church” to be received with care, respect and gratitude, it makes clear.

Christians should, therefore, be mindful of the difficult history of the two faiths and apply sensitivityin the use of some passages of scripture and liturgy, hymns and art as well as in sharing their faithwith Jewish people and in discussions about Israel.

The document includes an honest and challenging afterword by the Chief Rabbi, Ephraim Mirvis, in which he speaks of “profound friendship” but also a “substantial misgiving” on the question of evangelism.

The Archbishop of Canterbury, Justin Welby, responds in a foreword, describing the Chief Rabbi’s reflection as doing Anglicans a “great service” and making clear that Christians sharing their faith must do so with “gentleness and grace” and recognising the “weight of that history”.

The Bishop of Coventry, Dr Christopher Cocksworth, Chair of the Faith and Order Commission, said: “Assumptions about Judaism and Jewish people, past and present, colour Christian approaches to preaching, teaching, evangelism, catechesis, worship, devotion and art, whether or not Christian communities are conscious of their Jewish neighbours, near and far; teasing out those assumptions and exploring them theologically is therefore a challenge that pertains to the whole Church.

“That challenge is also, however, a precious opportunity. As the first ‘principle’ underpinning this report states, we are convinced that ‘the Christian–Jewish relationship is a gift of God to the Church, which is to be received with care, respect and gratitude, so that we may learn more fully about God’s purposes for us and all the world’.”

The Faith and Order Commission is the theological advisory board of the Church of England. The title of the book is taken from Romans 9 v 6 in which Paul refers to the enduring promise of God to the Jewish people. “It is not as though the word of God has failed.”