Churches urged to join in World Day of Prayer for Creation 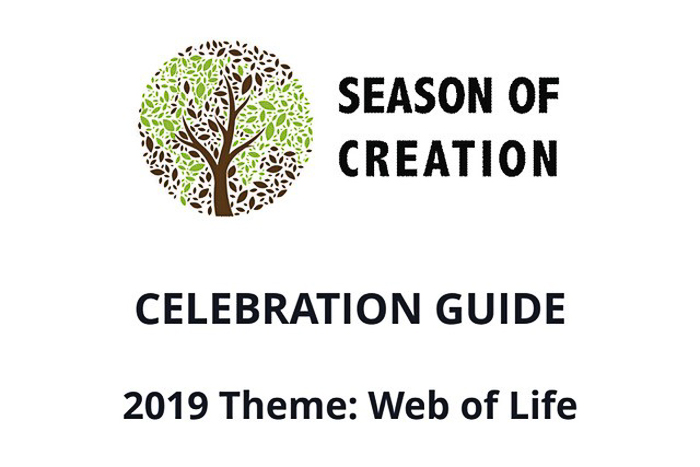 Green Anglicans are urging churches to join in with World Creation Day of Prayer on Sunday 1 September. The day marks the start of an annual celebration of prayer and action to protect creation called the ‘Season of Creation’.

The season, which begins on 1 September and runs through to the Feast Day of St Francis on 4 October, is set to be celebrated by tens of thousands of Christians around the world. Volunteers organise a range of events and activities in their own communities from prayer services to litter clean ups or advocacy actions.

Canon Rachel Mash, Environmental Coordinator for the Anglican Church of Southern Africa, said: “This is a wonderful opportunity to celebrate the World Day of Prayer for Creation as it falls on a Sunday this year. This year’s materials are following the readings for the lectionary and there are a whole range of resources available to download.”

This year’s theme is the ‘web of life’ and resources, available now on the Anglican Communion website, are designed to help churches reflect on the destruction of the web of life and pray for those who suffer most because of that loss.

Writing in the Anglican resources, Rachel Mash said: “We were called to be stewards of creation, and we have failed. The younger generation are rising up now and calling for the earth to be healed. Let us join them and work together to protect the web of life which sustains us all.”

Along with a whole variety of events listed on the Season of Creation website, there will be global action during the month, which churches and individuals are invited to join in with.

On 16 September Manila in the Philippines will host a webinar with international contributors on biodiversity and Christian spirituality. This will be followed by a Global Climate Strike on 20 September when young people from around the world will invite others to stand with them as they take part in a day of strikes from school to demand urgent action on the climate crisis. The climate strikes were galvanised by Swedish teenager Greta Thunberg, with each strike sending more than a million people into the streets. The next day, on 21 September, communities will come together for ‘International Coastal Clean up Day’ to remove rubbish from coastlines and waterways including ponds, lakes, and rivers.

Other global events during the month will include the United Nations Climate Action Summit hosted by the UN Secretary General, who will be calling the world’s attention to the urgent need to implement the Paris Agreement, to keep global warming below 2 degrees celsius. On the same day there will be an international conference on ecological theology and environmental ethics on the island of Crete in Greece.

The season comes to a close on St Francis Day, 4 October, when faith leaders from around the world will come together to reflect on how St. Francis has informed their spiritual journey and to celebrate the month-long journey of the Season of Creation.