Clash between Popes Francis and Benedict over celibacy prompts fears 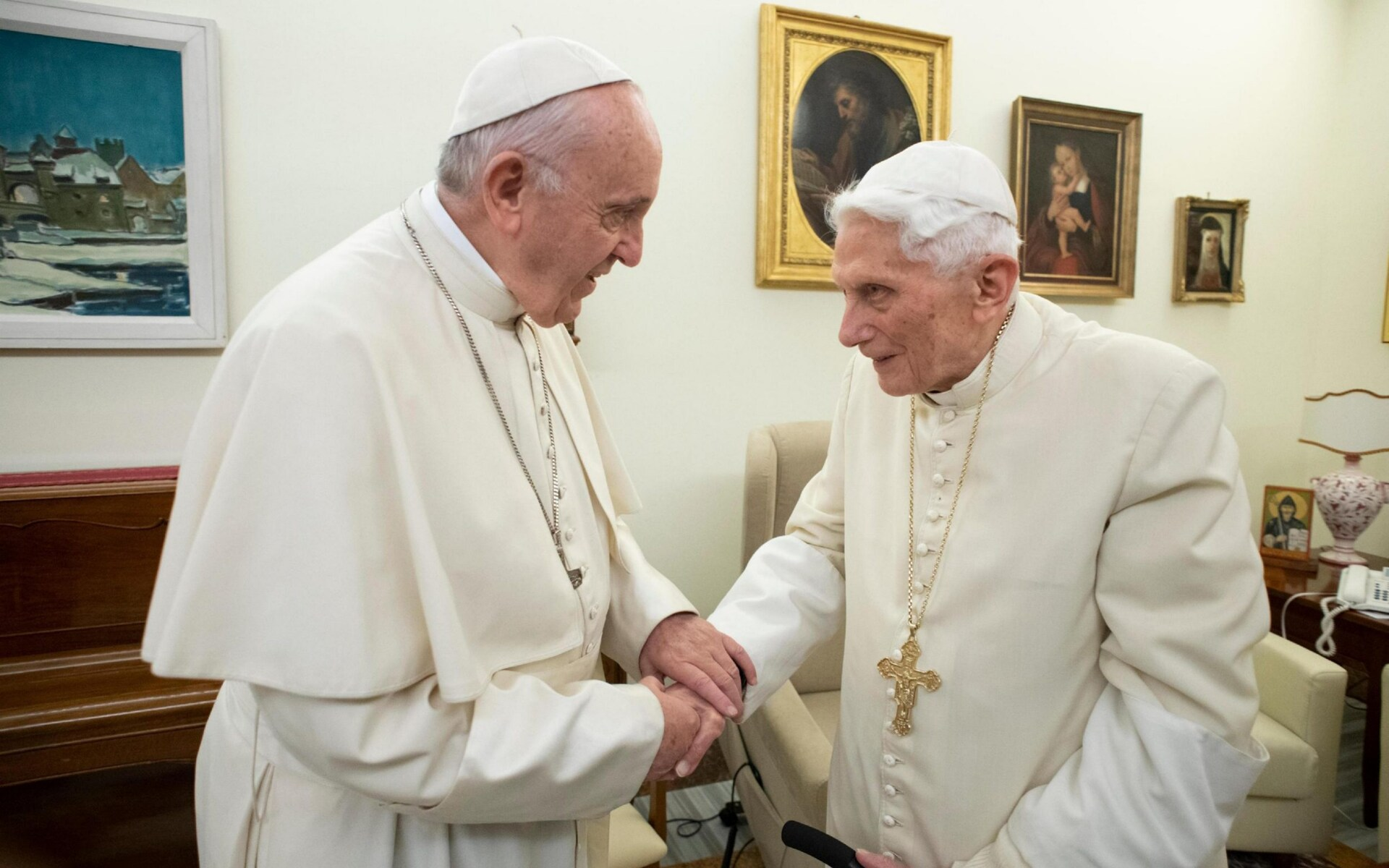 A strongly worded attack by Pope Emeritus Benedict XVI on the prospect of allowing some married men to become priests has exposed the perils of having a “parallel papacy” within the Vatican, insiders said on Monday.

In a move which has shaken the Catholic Church, Benedict has co-authored a book in which he says he can no longer stay silent on the idea of addressing the chronic shortage of priests in regions such as the Amazon by letting married men become ordained.

The book, in which 92-year-old Benedict staunchly defends the principle of celibacy for priests, has been interpreted as a bold attack on Pope Francis and the latest salvo in the ongoing war between traditionalists and reformers within the Church.

There were fears when Benedict resigned seven years ago that by assuming the title of emeritus pope and choosing to live within the Vatican, just a few hundred yards from his successor, that he could become the focus for enemies of Francis.

Those fears appear to have been realised, despite Benedict initially promising that he would stay “hidden from the world” after his historic resignation.

The issue of married priests was discussed by a synod or extraordinary meeting of cardinals and bishops in October and Pope Francis is expected to announce his response to the issue in the coming weeks.

But Benedict preempted Francis’s decision by writing a book with a conservative cardinal, Robert Sarah from Guinea, in which they argue that priests cannot serve God and a family at the same time.

“Since serving the Lord requires the total gift of a man, it does not seem possible to carry on the two vocations simultaneously,” they write in the book, From the Depths of Our Hearts: Priesthood, Celibacy and the Crisis of the Catholic Church, which will be published in French on Wednesday and in English next month.

“The ability to renounce marriage so as to place oneself totally at the Lord’s disposition” is a key criterion of being a priest, they said.

Catholics should ignore the “theatrics, diabolical lies and fashionable errors” swirling around the issue of celibacy, they said.

The book has raised fundamental questions about the role of Benedict as emeritus pope and to what extent he has become a lightning rod for conservatives who are unhappy with Francis’s reformist agenda.

“It’s a totally imprudent and ill thought-out intervention which has the effect of undermining Francis’s authority,” said Austen Ivereigh, a Vatican expert and the author of Wounded Shepherd: Pope Francis and His Struggle to Convert the Catholic Church.

Benedict should not have been allowed to have the title emeritus pope or to continue to dress in the white papal cassock.

Instead he should have been called Emeritus Bishop of Rome and persuaded to live somewhere other than the Vatican, critics say.

“The effect has been to create around Benedict an alternative papacy, a focus of opposition to Francis. That’s a tragedy for the Church,” said Mr Ivereigh.

James Martin, a Jesuit priest and the editor of the Catholic publication America, wrote on Twitter that Benedict’s intervention was “hard to fathom”.

There is speculation that given Benedict’s frail health, it is likely that others had a hand in the book, namely conservatives such as the German cardinal Gerhard Muller and Benedict’s personal secretary, Archbishop Georg Ganswein.

“The big question is, who is behind this?” said Gerard O’Connell, a veteran Vatican analyst and the author of The Election of Pope Francis: An Inside Account of the Conclave That Changed History.

“Benedict is very frail – mentally he is clear but he gets tired after 15 minutes and he cannot physically write or type.”

Cardinal Sarah was a “standard bearer” for the opposition to Pope Francis. “They write in the book about church unity but this surely is not contributing to unity,” said Mr O’Connell.

“When Benedict resigned in 2013, many people had qualms about what it would mean to have him living inside the Vatican. This intervention raises deep questions about the role of the emeritus pope.”

The battle between the pontiffs comes shortly after the release of a new Netflix drama, The Two Popes, starring Anthony Hopkins as Benedict and Jonathan Pryce as Francis, in which the two men spar over Catholic doctrine and Benedict’s intention to resign from the papacy.

Massimo Faggioli, a theologian and historian at Villanova University in Pennsylvania, said the intervention by Benedict “constitutes an illegitimate form of pressure” on Pope Francis.

Others within the Church pointed out that celibacy for priests is a tradition, not dogma, and that there are wings of the Catholic world in which priests are married, including conservative Anglicans who defected to Rome under a move that began under Benedict’s papacy.

Allowing married men, in limited circumstances, to become priests was “not scandalous,” said Domenico Mogavero, the bishop of Mazara del Vallo in Sicily.

The reform, if approved by the Pope, would not undermine the general principle of celibacy but “would respond to new circumstances,” in places such as the Amazon, he said.

Jungle communities there can go for months without a visit from a priest because of the lack of clergy and the vast distances involved.