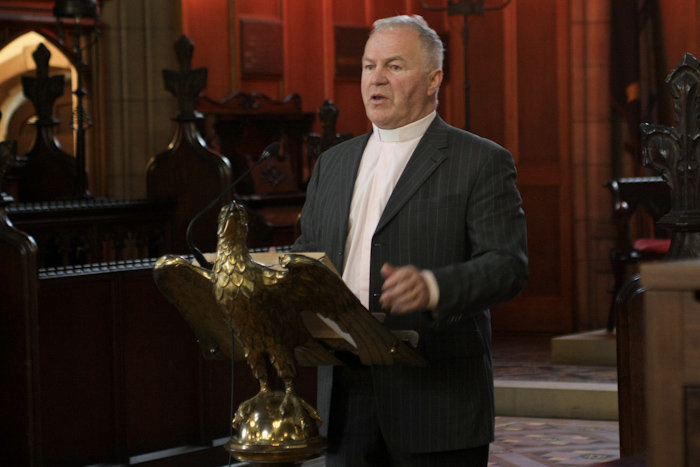 A clergyman who was instrumental in delivering the 1994 UVF ceasefire now fears there is the potential for renewed loyalist violence, because of tensions surrounding Brexit.

Rev Chris Hudson told the Daily Express that Irish nationalist pressure for a border poll and a united Ireland was hardening attitudes among young loyalists.

The Unitarian Minister told the paper that one senior UVF member he had spoken to was “nervous because some young loyalists would like the Troubles to start again”.

He said: “Some loyalists point out that if there was a vote in favour of a united Ireland why would they have to accept it, given that republicans never accepted a Northern Ireland and used a 30-year violent campaign against its very existence.”

Rev Hudson said young loyalists could be influenced by “middlemen who came into the paramilitary organisations 10 to 15 years ago, with no experience of the Troubles, and would wish to exploit a chaotic situation to carve little empires for themselves”.

The former trade union activist also told the Express that the DUP should consider accepting the Irish backstop proposed in the draft EU Withdrawal Agreement, as it would “allow Northern Ireland to trade within the European Union and retain that large section of soft nationalism who are happy to stay with the way things are”.

His remarks chime with the conclusions of an academic paper published earlier this year by Professor Mark Brennan and Professor Pat Dolan.

It warned that young people with no personal memories of the Troubles were at risk of being influenced by people offering “a false, almost romantic, retrospection of the past – up to and including a very sectarian analysis”.

“This can take the form of only seeing harm as occurring from one side and caused by enemies,” the academics said. “This in itself and alone is a very real legacy risk from the Troubles.”