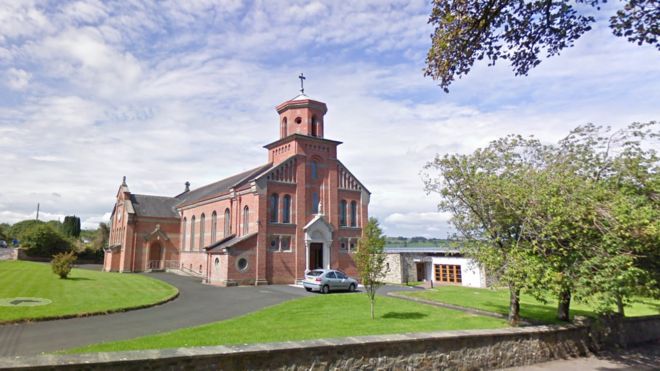 A Londonderry church has closed after two parishioners tested positive for coronavirus.

It comes after 10 GAA clubs in Derry suspended activities after a recent rise in positive cases.

Fr Farren said the parishioners, a married couple, had been at a service at the church in the days before testing positive.

They informed him they had the virus on Friday.

“They told me they had been at Mass before that, at a family gathering a few days or week earlier,” he said.

The couple had been largely asymptomatic, Fr Farren said, but had been tested after a family member discovered they had the virus.

After consulting with the church’s pastoral council, Fr Farren decided closing the church was the best method to protect others.

Church services resumed in Northern Ireland in late June as part of easing of the pandemic lockdown.
‘First outbreak’

“There has been no Covid-19 in Ardmore since the very beginning of this pandemic. I think very few places, townlands or villages could say that, but this is the first outbreak in our whole parish community,” he said.

“Obviously we are taking this seriously, we want to minimise the possibility of a spread, that’s why we have decided to get things postponed,” he added.

Fr Farren said he hopes the church can reopen next Tuesday or Wednesday.

Dr Tom Black, the NI chair of the British Medical Association (BMA) said closing the church was the right thing to do.

“I think the actions of Fr Farren and the parish have been exemplary. They have done everything we would, as a community, hope that they would do on behalf of all of us to make sure this doesn’t spread,” he said.

Dr Black said localised outbreaks and clusters “show us the virus is still there, still endemic, still present in our community”.