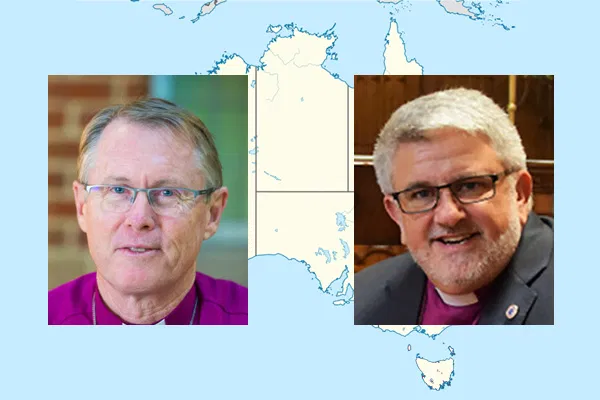 The Anglican Church of Australia’s Primatial Board of Electors failed to reach a majority after seven ballots in its March 14 meeting in Sydney, and have asked former primate Philip Aspinall to serve as an interim until another election can be held.

Archbishop Geoffrey Smith of Adelaide, a moderate who was widely regarded as the favourite to succeed outgoing primate Philip Freier, had achieved a majority among the bishops and lay delegates by the second ballot. But a group of conservatives in the House of Clergy held out in favour of Bishop Richard Condie of Tasmania, a conservative evangelical who is chair of Gafcon Australia. Smith fell just one vote short of a majority in the House of Clergy in four of the seven ballots.

The standoff in the primatial election is shaped by sharp divisions within the church over same-sex marriage, which have intensified since last August, when the rural diocese of Wangaratta voted to allow clergy to bless couples who have entered into same-sex marriages. Last October, the Diocese of Newcastle passed a resolution to exempt clerics who are in same-sex marriages or who choose to bless them from church discipline. Conservative leaders in the church have strongly criticised the decisions, and the Wangaratta resolution was referred by current primate Philip Freier to a church court for adjudication last fall. A verdict is still awaited.

Archbishop Smith, who had been described as “Freier redux” by Australian Christian site Eternity News, had positioned himself as a centrist conservative and a promoter of unity between conservatives and progressives. He has publicly endorsed Lambeth Resolution 1.10, which reaffirms traditionalist teaching about human sexuality. Many analysts believed that electors from the influential Diocese of Sydney and their allies would back him to build a broad coalition against supporters of Wangaratta’s moves.

But Sydney Anglican blogger David Ould wrote that Smith “has increasingly disappointed conservatives with the way that he has managed the Diocese of Adelaide. Anglicans there have expressed their concern about numerous appointments of revisionists to key posts and a failure to deal clearly with the presenting issue of same-sex marriage and related ethics.”

They chose instead to back Condie, who has only served as bishop for four years, arguing, in Ould’s words, “that he was the only realistic candidate who would uphold the doctrine and polity of the Anglican Church of Australia.” Condie joined Sydney’s archbishop Glenn Davies in consecrating Jay Behan last October to serve conservative Anglican parishes in New Zealand under GAFCON’s auspices, a decision that was criticised as unlawful boundary-crossing by the primates of the New Zealand church.

Davies has warned that if progressives are not halted, disgruntled Australian conservative parishes could choose to affiliate with Behan, remarking in a September radio interview. “It may well be that the Bishop of the Confessing Anglicans in Aotearoa New Zealand may well become the bishop of the dissenting Anglicans in Australia … that’s a great idea, don’t you think?”

Philip Freier will step down as primate on March 31, while continuing to serve as Archbishop of Melbourne. This leaves Aspinall with the responsibility of chairing the church’s upcoming triennial General Synod, which is set to meet from May 31-June 5 in Maroochydore, Queensland. The synod is expected to discuss same-sex marriage and the authority of Scripture.

It is possible that the synod will itself be postponed because of the coronavirus outbreak. There are currently 2,318 confirmed cases of COVID-19 in the country, and dioceses across the country have suspended public worship, responding to a March 18 directive from Australia’s prime minister Scott Morrison that banned public gatherings of more than 100 people.

The Diocese of Sydney also announced on March 24 that they will delay electing their new archbishop because of the outbreak. Current archbishop Glenn Davies will reach the church’s mandatory retirement age in September, and an electing synod had been scheduled for August. But after an appeal from the diocese’s Standing Committee, Davies withdrew his resignation and agreed to continue to serve until March, 2021.

The Anglican Church of Australia’s board of electors has promised to meet again before June 30 to try again to choose a primate, but a date for the gathering has not yet been set.