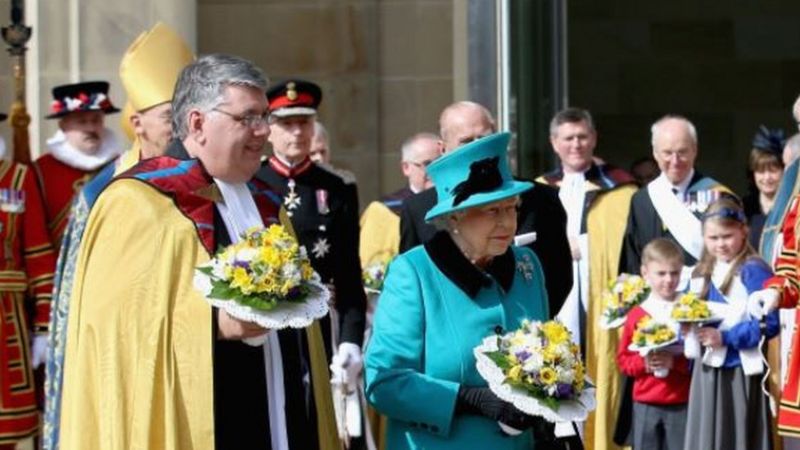 During his time, the cathedral has been transformed – Bishop

The Dean of Sheffield, the Very Revd Peter Bradley, has announced his resignation, referring to the “tremendous pressure” he had been under in recent weeks, which, he said, had “seriously affected” his health.

Dean Bradley whose faith and vocation was nurtured in the Church of Ireland, told the congregation of Sheffield Cathedral on Sunday: “It is with great regret that I tell you that I have resigned as Dean of Sheffield, with effect from 31 December 2020. I know this will come as a shock.

“You may be aware of the tremendous pressure I have been under over recent weeks, which has seriously affected my health. After prayerful reflection and conversations with people who know me well, including the Bishop, I have decided that the time has come for me to move on.”

The Dean has been under fire since the Cathedral Chapter announced in July that it would be disbanding the choir “to create a Music Department and Choir ready for the exciting future of the mixed urban community in which we live and work” — a decision which Dean Bradley defended (News, 24 July).

A petition led by the former choristers, which calls on the Dean and Chapter to reconsider, has accrued more than 8500 signatures (News, 31 July). Members of the disbanded choir have since formed a new choir, the Steel City Choristers (News, 25 September).

Dean Bradley told the congregation: “I love the cathedral, our city, and our diocese. I hope that . . . there will be a thriving future, and I am confident of that great future under God. It has been a great privilege to have served as Dean of Sheffield since 2003; as it happens, today is the 17th anniversary of my installation, and I want to thank you all for the support and love you have given me.”

The Bishop of Sheffield, Dr Pete Wilcox, later said that he was “not surprised” by the decision, which he supported.

“Cathedral Chapter has faced many issues this year with the pandemic, the fire [News, 22 May], and the difficult challenges over the summer in relation to the future of choral music, and Dean Peter has been under extreme stress for a prolonged period. I was therefore not surprised to have received his resignation. . .

“Dean Peter has given himself wholeheartedly to his ministry as Dean of Sheffield for 16 years. During that time, the cathedral has been transformed, not least by the Gateway project, so that it can realise more fully its vision to be a place for all people.

“His contribution to the College of Deans, the General Synod, and Sheffield’s public and civic life has been considerable, and valued by many people. I support Peter’s decision to resign, and wish to place on record my thanks to him for all the support and encouragement he has offered me as the Bishop of Sheffield during the past three years.”

The Save Sheffield Cathedral Choir campaign group, which threatened the Dean with legal action over the disbanding of the choir, has welcomed his resignation.

The group said it would “continue to work with the cathedral’s leadership to restore the choir”.

“Our goal, as indicated by our name, was to save Sheffield Cathedral Choir,” it said.

“Today marks an important step towards achieving that goal. As the cathedral now looks to the future, so do we. We have all served the Cathedral under the leadership of Peter Bradley and recognise the dedicated service he has given to the Cathedral and the city.

“We reaffirm our commitment to saving Sheffield Cathedral Choir. We are grateful to those who have patiently engaged with our campaign.

“And, in the spirit of inclusive dialogue, we offer our combined musical expertise as new cathedral leadership looks to renew choral worship and restore music-making at the heart of Sheffield Cathedral’s mission.”