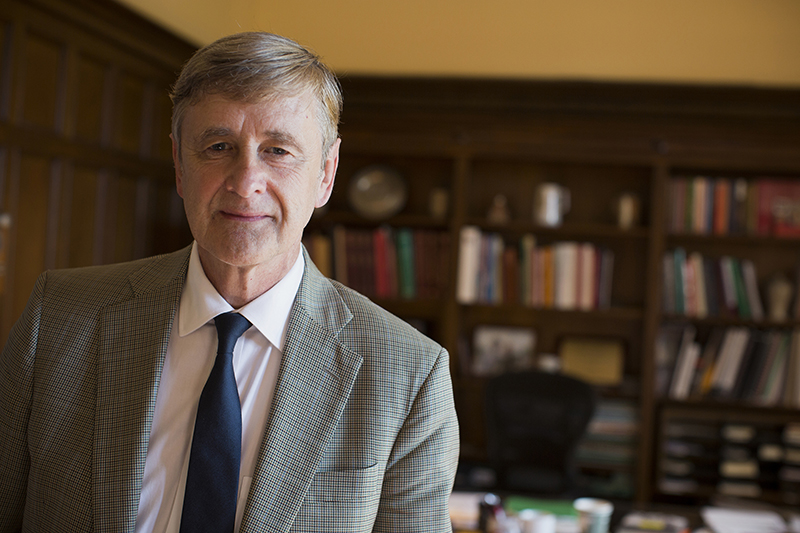 Professor David Hempton, a graduate of Queen’s University, is returning to give the annual McCosh Lecture.

Now the Dean of Harvard Divinity School, Hempton is a Fellow of the Royal Historical Society, Honorary Member of the Royal Irish Academy, and former Professor of Modern History and Director of the School of History in the Queen’s University of Belfast.

Professor Hempton has research and teaching interests in religion and political culture, religious identities and ethnic conflicts, the interdisciplinary study of lived religion, the history and theology of Evangelical Protestantism and Pentecostalism, the global history of Christianity since 1500, and religious disenchantment and secularisation. He has won prestigious teaching awards at both Boston University and Harvard.

He has delivered many sets of endowed lectures including the Cadbury Lectures at the University of Birmingham, the F. D. Maurice Lectures at King’s College London, and the Tate-Willson Lectures at Southern Methodist University. In 2021 he will deliver the Gifford Lectures.

An introduction to the lecture will be provided by Professor Richard English CBE FBA MRIA FRSE FRHistS, Professor of Politics, Distinguished Professorial Fellow in the Senator George J. Mitchell Institute for Global Peace, Security and Justice and Pro-Vice-Chancellor for Internationalization and Engagement, Queen’s University Belfast.

A Podcast of the lecture will be available on
[[] https://www.qub.ac.uk/Research/shaping-better-world-2020-beyond/mccosh-lecture/ ]
5.00 pm on September 18.

This Lecture, originally the Annual Religious Studies Lecture, is named in honour of James McCosh (1811-1894) who was appointed to the Chair of Logic and Metaphysics at Queen’s University in 1850 shortly after the establishment of the University.

In 1868 he left Ireland to become President of Princeton University. His sphere of influence was extensive, not only as a leading moral philosopher and educationalist, but as a pioneer of modern psychology and as a prominent advocate for the reconciliation of evolution and religion.