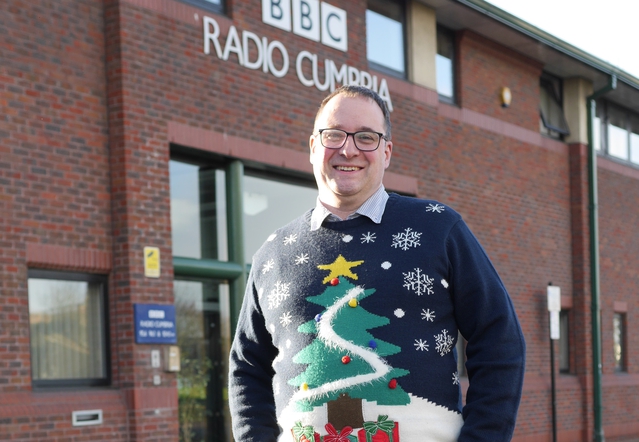 Diocese of Carlisle teams up with BBC Radio Cumbria

The Diocese of Carlisle is teaming up with BBC Radio Cumbria and other local churches to organise what it hopes will be Cumbria’s biggest socially-distanced Christmas carol sing-along.

The regional BBC radio station will broadcast a special programme at 6pm on 20th December, with residents being asked to sing the carol Silent Night on their doorsteps at 6:15 pm.

BBC Radio Cumbria’s Richard Corrie, who is set to present the show, said: “This is a wonderful opportunity for the whole county to come together in song and to help lift the mood for everyone after what has been an unprecedented year due to the coronavirus.

Cumbria’s ‘Big Carol Sing’ follows a number of similar community event run by the radio station, including ‘Dance on Your Doorstep’ which took place during the first lockdown.

Eleanor Ledesma, director of Big Reach and Digi-Evangelism for the Diocese’s ‘God for All’ team, who is involved with the event, said: “This is not just about churches coming together to sing the carol; it’s about everybody in Cumbria raising their voices for some much-needed festive cheer.

“It’s wonderful to think that thousands of people could unite in song across Cumbria, and feel the hope that is alive to us all through the birth of Jesus and his transformative love.”

Resources, including lyrics to the carol, will be available for download at [ www.bigcarolsing.co.uk ] in the coming weeks.

The event has been championed by Carlisle Vineyard Church, whose pastor Andy Fearon is also the founder of the ‘Give a Day to the City’ initiative – a social action ministry which seeks to bless Carlisle through practical acts of service and renovation.

“We just wanted to help keep hope alive in the city during this time and had already developed our own plans for this kind of event across Carlisle,” Fearon said of the carols event. “So we were more than happy to join alongside Cumbria’s Big Carol Sing.

“It’s a very simple concept – get as many people singing a carol as we can at the same time – but it will create a wonderful feeling of unity and love across our county. I’d encourage as many people as possible to join in.”