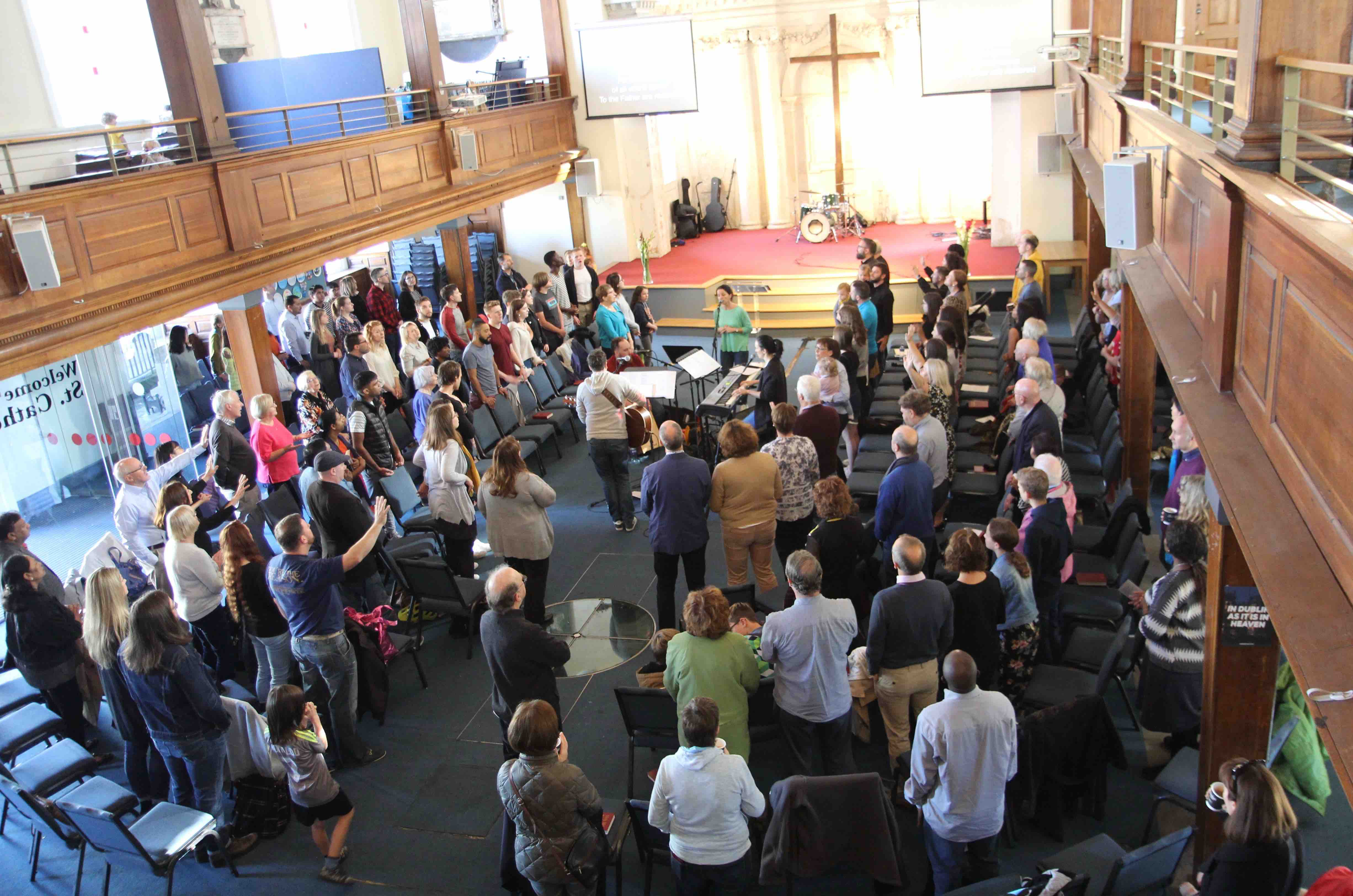 The 250th anniversary of St Catherine’s Church on Thomas Street, Dublin, was celebrated last Sunday (October 6) with a vibrant service of thanksgiving. Archbishop Michael Jackson was in attendance to mark the occasion with the contemporary worship community who have breathed new life into the historic church building.

The service was led by the Revd Eoghan Heaslip who pointed out that the current community of St Catherine’s Church is now celebrating its 26th year. He said they had been marking the 250th anniversary of the church building by declaring 2019 a year of prayer. A number of anniversary events will take place in the coming months including an exhibition featuring the work of children from local primary schools, run in conjunction with Solas Project and NCAD, and an anniversary concert on November 23.

During the service, Eoghan interviewed the Archbishop and they covered a broad range of topics including his background and prayer. 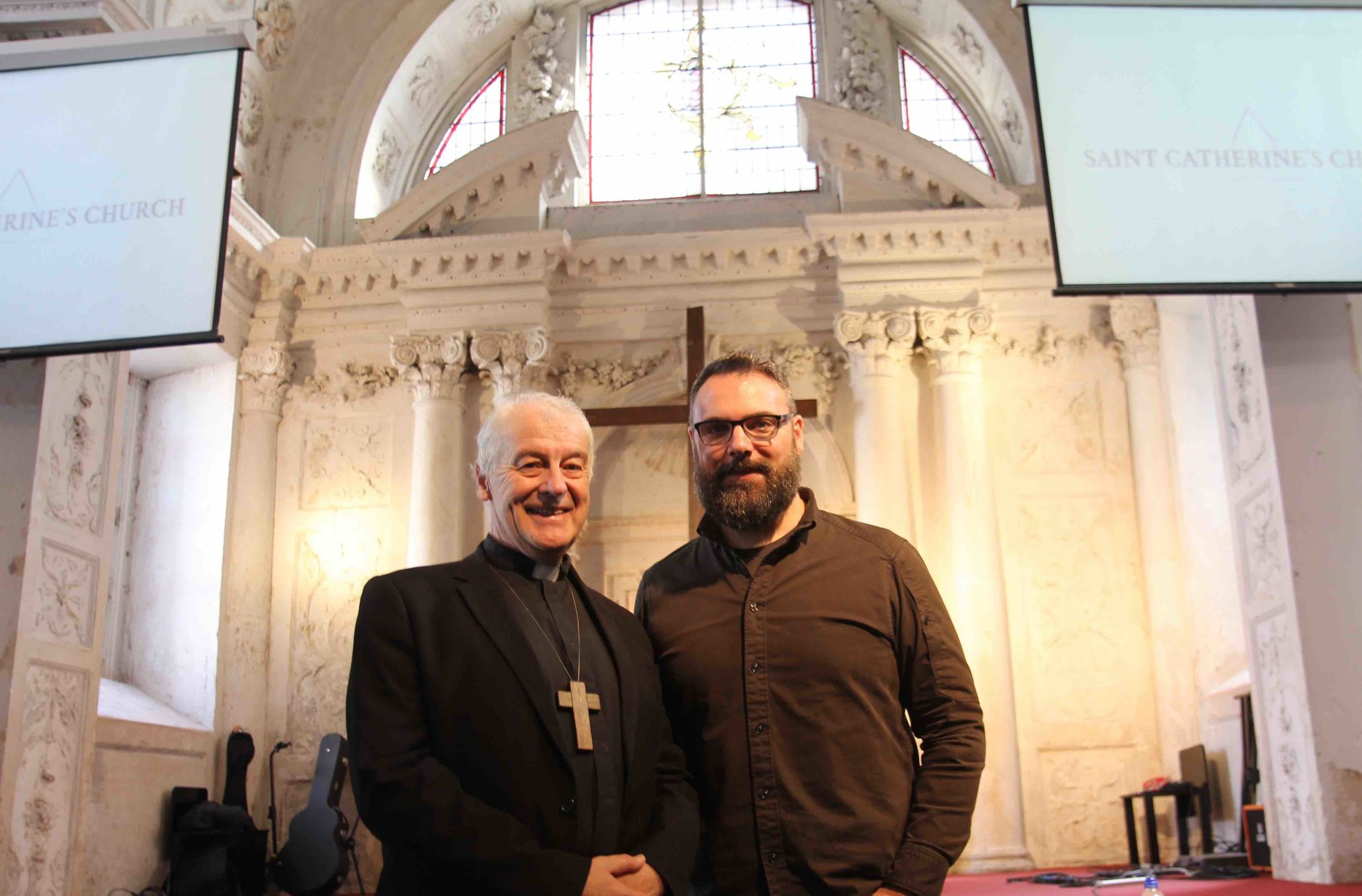 Speaking before the service, Archbishop Jackson paid tribute to those who worship in and reach out from St Catherine’s Church into the surrounding community today. “Today’s church community stands as a witness to the life, the death and the new life of St Catherine. This is a cause of celebration on this day. In the past twenty–five years, you have taken a particular path. Creative church and experimental church are never going to be plain sailing and the route that you have taken through Trusteeship is an ambitious one – precisely because it deliberately finds itself on the outside of conventional diocesan administrative structures and support mechanisms. This is a courageous way to be Anglican. This is a difficult path to tread. I wish publicly to applaud those who have taken this route, this camino, those who have kept to it and those who have sought to be and to do that most difficult of things, as described by Rowan Williams, formerly archbishop of Canterbury as follows: Don’t ask: Is it Anglican? Make it Anglican,” he said.

St Catherine’s Church was constructed between 1765 and 1769. It replaced an earlier church which stood on the site dating back to 1185. Following a decline in congregation, the church was closed and deconsecrated in 1966. It was used for some time by Dublin Corporation but fell into disuse in the 1980’s.

In 1998 St Catherine’s was completely refurbished and reconsecrated as a place of worship for CORE (City Outreach for Renewal and Evangelism). The community has since readopted its original name of St Catherine’s Church.