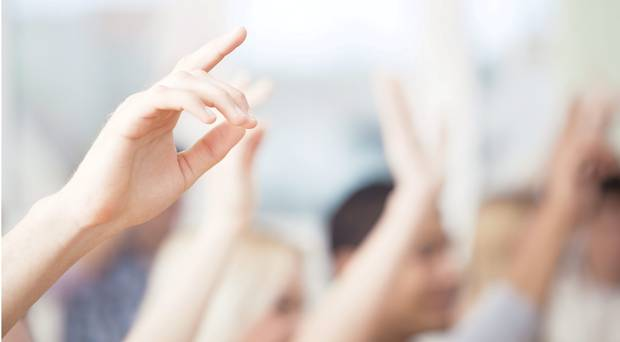 Fewer people in Northern Ireland think relations between Protestants and Catholics are improving compared to two years ago, a new report has found.

Around 43% of adults and 42% of young people polled in 2018 thought that relations between the two communities are better now than they were five years ago, according to the Good Relations Indicator report.

These were significant decreases on the corresponding 2017 figures of 49% and 46%.

Alliance MLA Maire Hendron said that there were “some positive findings”, including significant numbers of people supporting integrated neighbourhoods and schools.

“Obviously the lack of a functioning Assembly and Executive has led to a reduction in the number of adults who feel they have an influence on local decisions,” she added.

“This may also be the reason behind the reduced numbers who think relations between Protestants and Catholics have worsened. This should be a further sign to the DUP and Sinn Fein that we need to get back to Stormont.”

The report monitors indicators for the Together: Building A United Community strategy set out by Stormont in 2013.

Town centres were seen as safe and welcoming places for people of all walks of life by 67% of respondents – an increase of 6% since 2017.

Seventy-four per cent of people would feel safe attending an event in a GAA club, and 72% felt the same about events in an Orange hall.

Meanwhile, 94% of adults said their child’s school was somewhere they could be open about their cultural identity. The culture and traditions of Protestant communities was thought to add richness and diversity to society by 76% of those surveyed. This figure fell to 71% when asked about Catholic communities.

Since 2017 there has been a significant decrease in the number of adults who feel they have an influence on decisions at a local council level (from 26% to 19%) and NI level (24% to 16%).