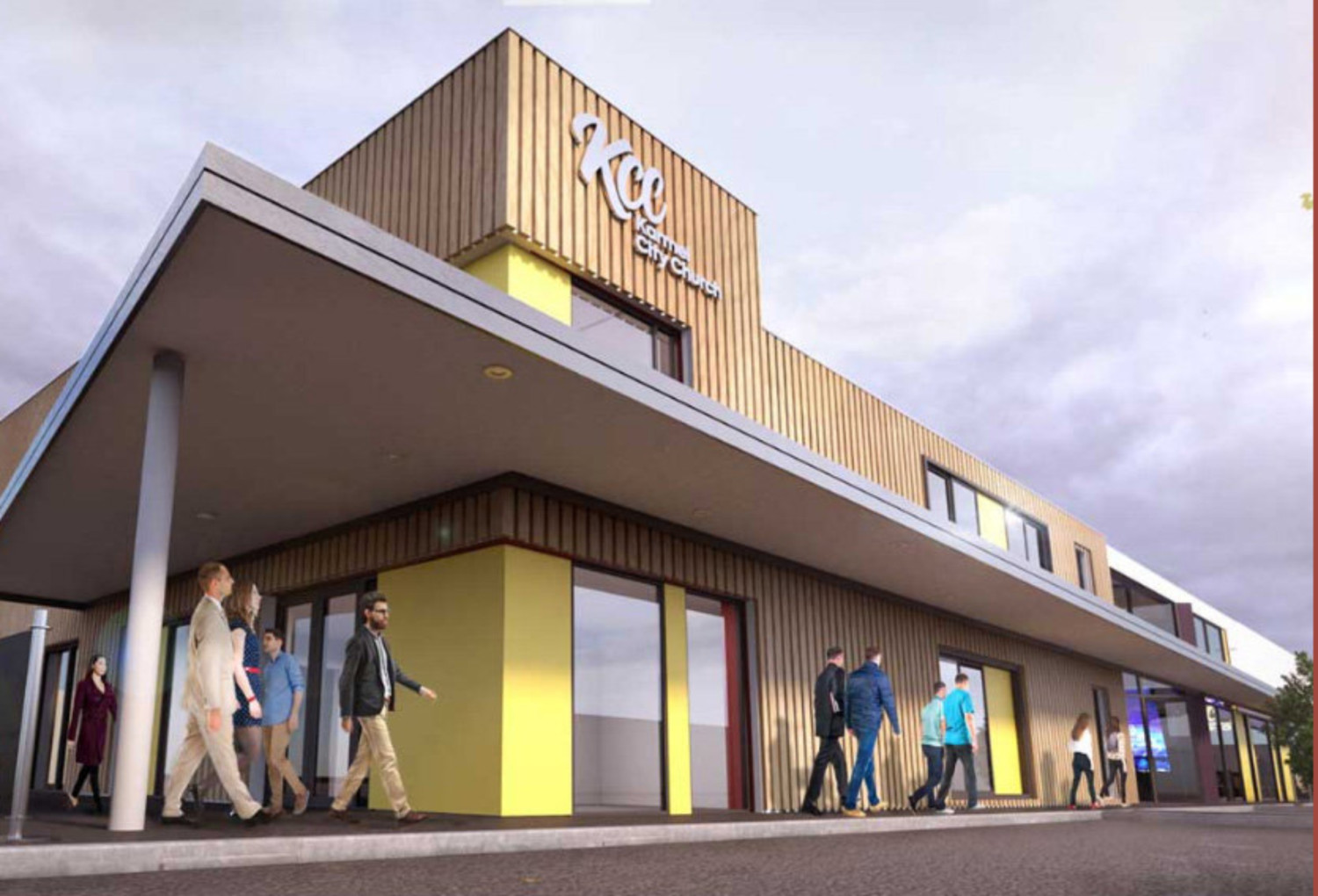 A church founded by former Irish League great Glenn Dunlop is on the move after its old Belfast premises was sold.

The Karmel City Church is spreading its wings by expanding from Ravenhill Road in east Belfast to a renovated warehouse on Roden Street, Donegall Road.

Mr Dunlop is still seen as a legend by Crusaders’ fans for his loyalty as he stayed at the club despite belief he could have made it in the professional game in England or Scotland.

He made his name in Northern Ireland as a leading figure in Roy Walker’s team in the 1990s, which had been affectionately known as the ‘God Squad’ because of the devout Christian faith shared by many of the players. It was no great surprise when the defender retired and told the Belfast Telegraph that he was opening “a wee hall” for worship, with hopes it would expand.

The evangelical Karmel City Church is an apostolic ministry, meaning its congregation believes “we are called to bring the Gospel of the kingdom to every culture and people group”.

In the last Companies House report for the year ending March 31, 2018, the directors of the church said: “We continue to lease two buildings, one on the Ravenhill Road for our main services and the other on My Lady’s Road for our children’s work, but we have to continue to look to the wider Belfast area for new premises for our growing congregation,” citing interest in premises on Roden Street.”

The report added: “Senior Pastor Glenn Dunlop continues to be an inspiration in all areas as he shares his heart for the future with Karmel City Church and the congregation”.

However, Mr Dunlop has since resigned from his position as a director, according to Companies House. A filing states that he resigned as director in April. But his wife Mardy and brother Warren remain on the board. 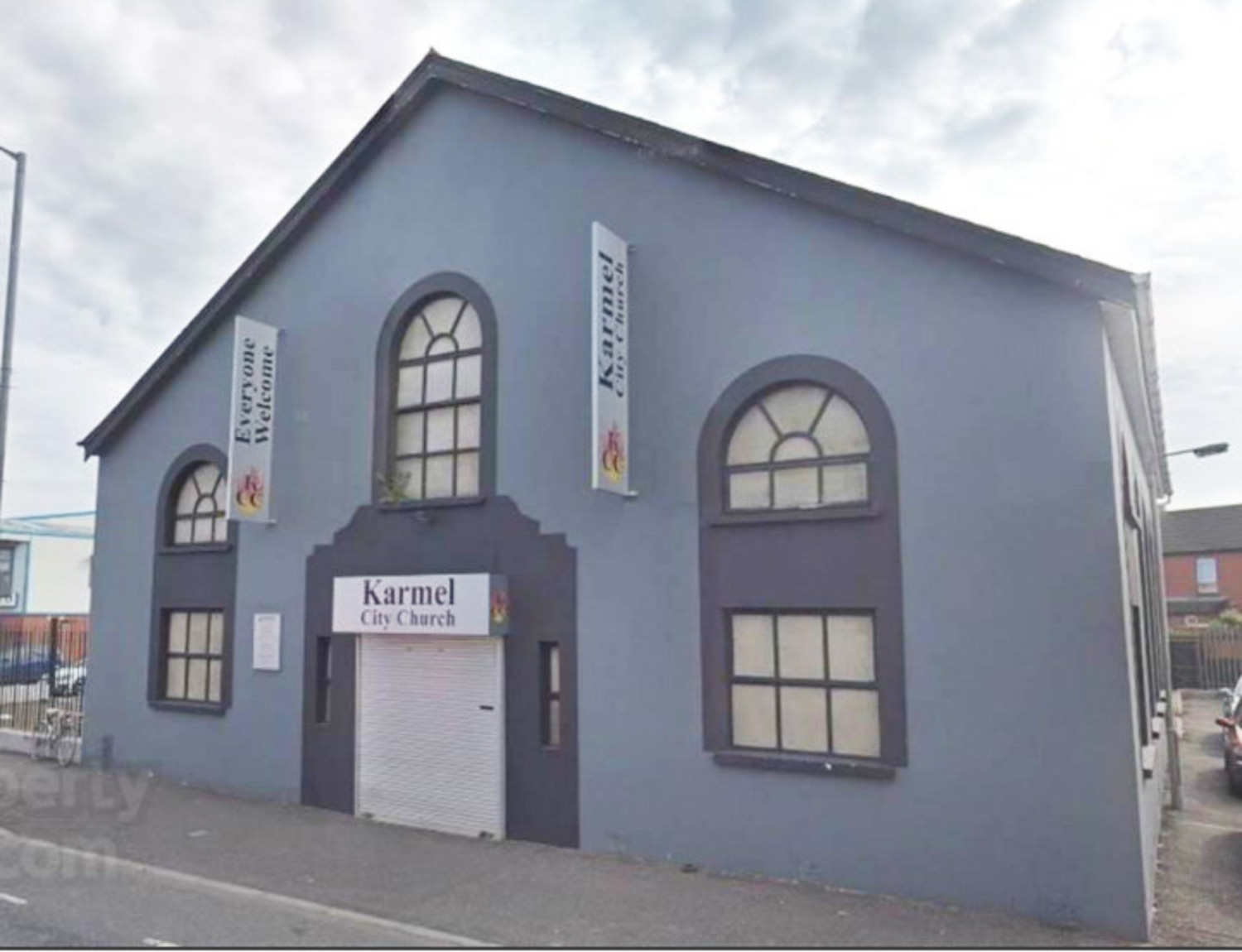 The Ravenhill Road site (above) has now been sold – it had been put on the market for £300,000 by commercial property agents McQuoid’s.

It’s understood the new owner is to use the property for a commercial development, although no plans have been revealed.

Karmel City Church acquired the new property last year from Clear Pharmacy, the company responsible for the new £5m residential and retail development on the Lisburn Road. It had been valued at £425,000.

Designs for the new Karmel City Church show plans for a contemporary upgrade including a cafe and theatre-style 600-seater main space.

Last year the church hosted an event over four evenings at Ulster Hall to bring together churches north and south of the border, citing the corporate vision to “see the advancement of the gospel in Ireland”.

In 2015, when a lorry-load of mackerel fell on the street outside the church, it prompted biblical references from locals who gathered up the fish.

Karmel City Church isn’t the only church in Northern Ireland that’s on the move. Earlier this year, Armagh independent church Vibe applied for planning approval to convert a vacant bar and nightclub in the city into an “ecclesiastical” site. The church is based at Little Barrack Street, where it promises worshippers “passionate preaching from God’s word in a way that is easy to understand”. Meanwhile, pub giant Wetherspoon’s is engaged in a long-term project to convert a former Methodist Church in Belfast into one of its bars.