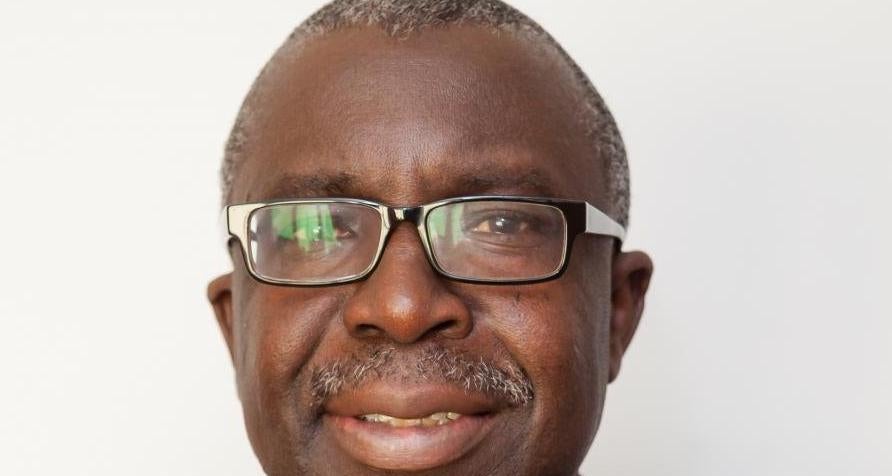 Dr Yambasu describes how Christianity first came to his village

Photo above – Rev Dr Sahr J Yambasu is the first African-born president designate of the Methodist Church in Ireland.

The new president-elect of the Methodist Church in Ireland has spoken of his remarkable journey from traditional African religion to his history-making position as a church leader. Niall Deeney writes in the News Letter.

Currently stationed as superintendent of St Patrick’s Waterford Circuit, he will lead the Methoodist Church in Ireland during 2021.

In a radio interview broadcast by the BBC this morning, he described how first his family and later his village in Sierra Leone came to Christianity through a chance encounter with a Methodist missionary from England.

Dr Yamasu, after ordination in the Methodist Church in Sierra Leone, was awarded a scholarship by the Church in Ireland to come to its Theological College in Belfast to study. Awarded another scholarship, he went on to study at Cambridge, where he was awarded a PhD. He became an Irish citizen in 1989.

“My father used to, like most people in my village at that time, would have practised traditional African religion,” he said. “My father was a farmer. We had no shops in our village so he had to travel several times a year about 27 miles away — that was where the nearest shop was to sell some of his farm produce.

“It was on one of the those journeys that he came across a Methodist missionary, an English missionary.”

He added: “He listened in to the preaching and got interested. Every time he went back he went to church and listened. It was during that time that he became a Christian himself.

“He was never able to read or write but just listening to the missionary, he became a Christian. He went back to our village and assembled the elders together. He told them about his newfound faith and asked permission to start it in his own family.

“That was how we were introduced to Christianity. As time went on in the village, some people started eavesdropping, wondering what was happening in our home and some of them stayed.

“As time went on, many stayed and at one point he found it very difficult to take charge of the church that was growing. He summed up the courage to return to that missionary and say this is what is happening, can you come and help me out.

“From those small beginnings, a church was built in the village – a mud hut where people used to meet and worship.”

He added: “From those small beginnings in his adventures, we have produced at least five ordained ministers, many pastors and three churches.”