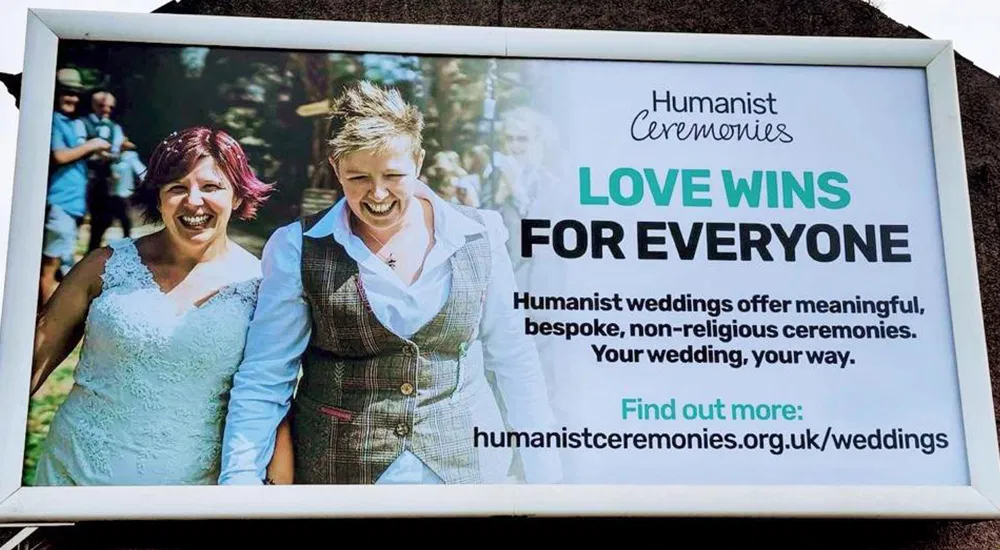 Eight billboards have been unveiled around Belfast by the Northern Ireland Humanists to advertise their wedding ceremonies.

The advertisements show images of happy couples tying the knot with the slogan “love wins for everyone”, promoting their humanist wedding ceremonies conducted by celebrants.

Northern Ireland Humanists have a long history of campaigning for human rights, including same-sex marriage. They conduct humanist weddings, funerals and naming ceremonies in Northern Ireland.

Coordinator of the group, Boyd Sleator, told politics.co.uk: “LGBT people in Northern Ireland have suffered for too long under archaic laws influenced by religious groups which have prevented same-sex couples from being able to legally marry.

“Marriage is a fundamental human right, and these billboards celebrate equality, fairness, and the enormous progress that we’ve achieved. 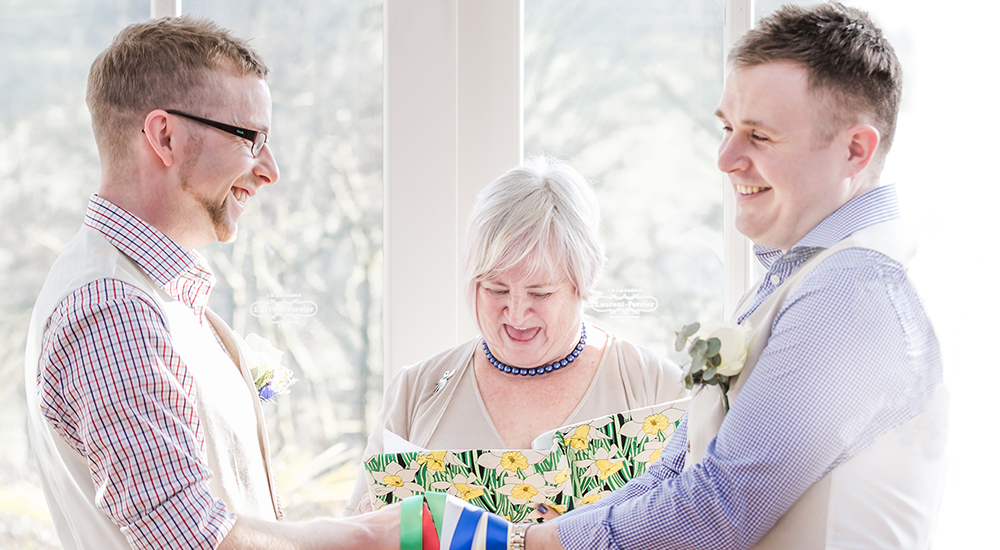 ‘’From next year, same-sex couples will be able to legally wed the person they love, and we hope people will choose a bespoke, humanist wedding to mark their special day.”

The Church of Ireland, the Methodist Church of Ireland and the Presbyterian Church have stated that they will not perform same-sex union ceremonies following the passing of marriage equality in Northern Ireland.

In contrast, All Souls Church, a non-subscribing Presbyterian Church, confirmed they would support same-sex marriage ceremonies.

Moderator of the non-subscribing Presbyterian Church of Ireland and Minister of All Souls, Rev Chris Hudson, expressed disappointment towards churches refusing to host same-sex weddings. He said, “It is important to put in place immediately the option for churches to opt-in or stay out of marriage equality.”

Despite the Catholic Church expressing to the Belfast Telegraph concerns over the “redefinition” of marriage, there was no explicit statement made about whether they would perform same-sex ceremonies.

Valentine’s Day, February 14, 2020, will be the date of the first same-sex weddings in Northern Ireland, Love Equality campaigners confirmed in September with UK Government Ministers.