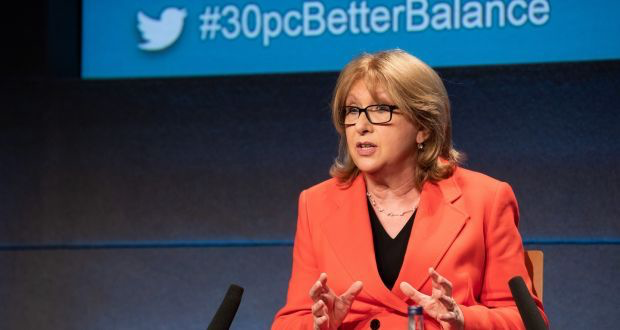 Former Irish president Mary McAleese has been selected as winner of the prestigious Alfons Auer prize, an award to honour international theologians.

The award will be presented to Dr McAleese, a canon lawyer, at a ceremony at the University of Tübingen in Germany on October 30 coming.

Leading US moral theologian Professor Hille Haker of Loyola University in Chicago will deliver the commendation in honour of Dr McAleese, who is set to publish a book on children’s rights in the catholic Church’s canon law, based on her doctoral research.

Speaking to the Independent.ie, Colm Holmes of We Are Church Ireland, a catholic lay reform group, welcomed the news as “well deserved”.

“Mary McAleese has been speaking out for decades for the marginalised within the Church. She is like a light on the hilltop. She is genuine and committed to her faith and willing to identify what needs to be changed.”

He said Dr McAleese, who is Professor of Children, Law and Religion at the University of Glasgow, will be in Ireland on November 2 to take part in a public conversation with Benedictine nun Sr Joan Chittister in Trinity College Dublin.

Sr Chittister is an American theologian, author and passionate advocate for women’s rights. Last month she was ‘disinvited’ from speaking at a Catholic education conference in Australia over her liberal views.

In 2001, Sr Chittister was threatened by the Vatican with excommunication as she prepared to attend the First Women’s Ordination Worldwide Conference in Dublin.

Last year Dr McAleese was refused permission to speak in the Vatican. Her talk was moved from the Vatican venue by the organisers Voices of Faith to a Jesuit house in Rome.

At the news conference for the conference in March 2018, Dr McAleese said the ban on the ordination of women made the Catholic Church “one of the last great bastions of misogyny”.

Report by Sarah MacDonald in the Irish Independent August 22 2019