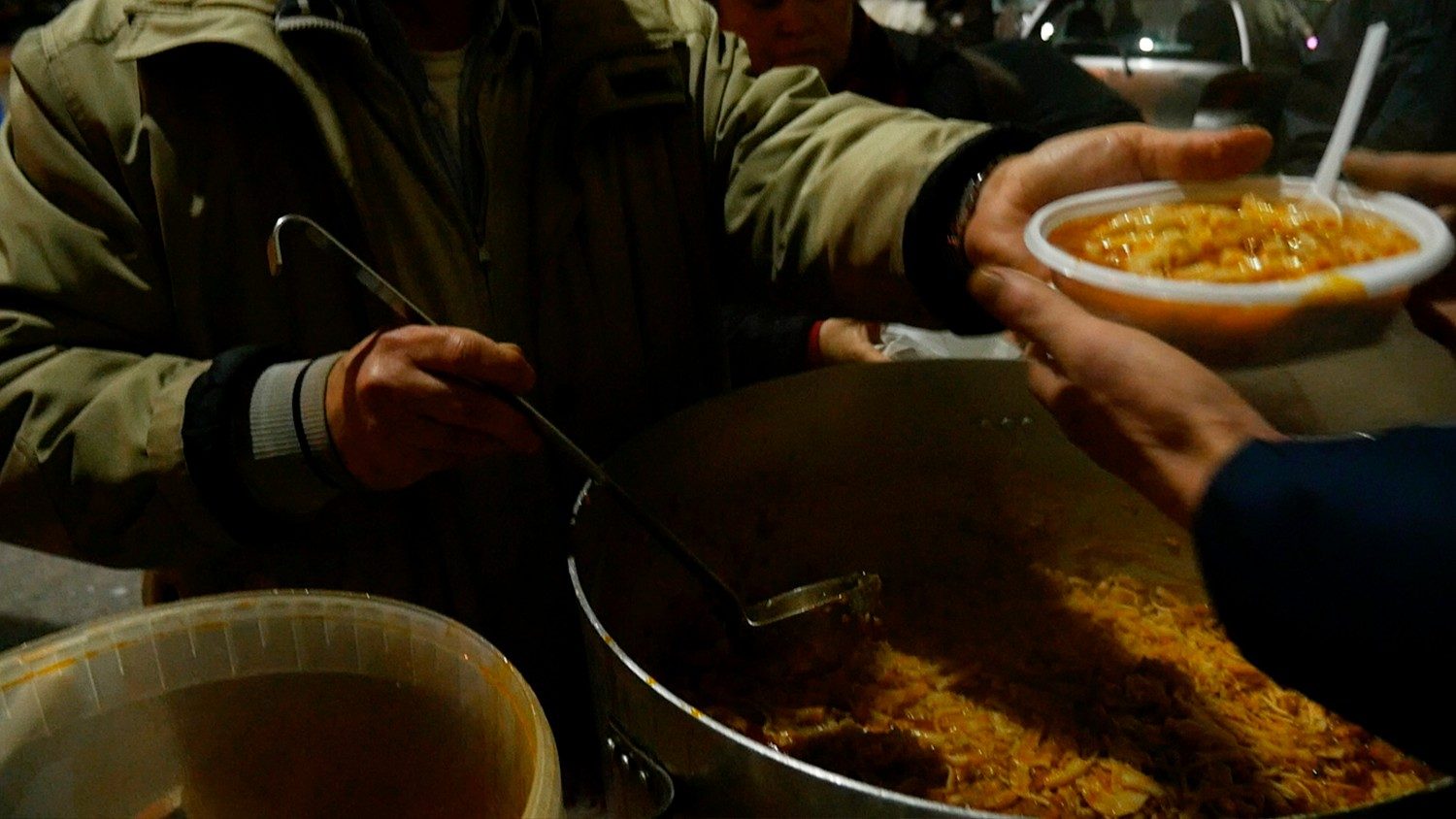 Reactions to Pope Francis’s recently released encyclical “Fratelli tutti” continue to pour in, with bishops and Catholic aid organizations praising his vision of a future based on human solidarity.

Photo above – Meals handed out in a sign of solidarity

Pope Francis’s third encyclical, Fratelli tutti, has set off a wave of appreciation throughout the Catholic Church.

CAFOD, as well as the bishops of Ireland and New Zealand, are working to spread the Holy Father’s call for a society that puts human dignity at its center.

Blueprint for a better world

Christine Allen, director of the Catholic international development charity in England and Wales, CAFOD, says the encyclical is a “radical blueprint for a post-coronavirus world.”

In a statement, Ms. Allen highlights the Pope’s message regarding the relationship between politics and poverty.

“Politics is failing the poor,” she notes, “and it is shameful that some political decisions that are made affect the poorest, plunging them further into poverty, suffering and despair.”

At the start of the Covid-19 pandemic, hopes were high that greater solidarity would arise from the suffering left in its wake, says Ms. Allen. But lately, she laments with Pope Francis, there has been a rush “to return to politics ‘as normal’– one of self-interest and indifference to the plight of those left behind.”

Pope Francis, she adds, offers a “vision for real and lasting change, by calling on us to build community at all levels – personal, societal and global, where walls of fear and distrust are replaced by a ‘culture of encounter’, and our solidarity with others restores human dignity.”

Now, says the director of CAFOD, is the time to improve the structures of the global economic system, for the benefit of the poor and marginalized.

Solidarity with the marginalized

Separately, the Primate of All Ireland, Archbishop Eamon Martin, has welcomed Fratelli tutti as a message of love and solidarity for those in Ireland who suffer on the margins of society.

Pope Francis, he says, “makes a special appeal in the name of justice and mercy for the orphan, the poor, the stranger, the migrant, the refugee and all those on the ‘margins’, the ‘peripheries’ of life and society.”

Archbishop Martin says he feels challenged by the Pope’s reminder that “Some peripheries are close to us, in the city centers, or in our families.”

The Archbishop of Armagh notes that this message is an invitation to the Irish “to consider who might be left out, who we tend to shuffle over into the margins of society and perhaps try to forget.”

The gaze of a homeless person or images of refugees on the news, he says, can lead us to “feel sorry for them but never really question our own values, lifestyle, or attitudes.”

Rather, notes Archbishop Martin following Pope Francis’ lead, solidarity means looking into the faces of the poor and most vulnerable, and trying to help them.

“Our civilisation is not omnipotent,” he concludes, “so we need to respect the innate dignity of each other – from family to stranger – with love and practical support, so that the human race can flourish.”

Radical change for our lives

On the other side of the globe, Cardinal John Dew has added his voice to the chorus, saying Fratelli tutti invites us to do more than just make small changes to our lives.

“Rather it is very much about a way to re-read and to live the Gospel for our times.”

The vice-president of New Zealand’s Catholic Bishops Conference says the Pope’s message touches on the very survival of our contemporary world. “It is that serious. It is that compelling. It is that demanding,” he says.

Fratelli tutti, urges Cardinal Dew, “is an invitation for everyone to broaden our perspective to view a world without borders and to view every single person on the planet, and yes, the planet itself, as brother and sister.”