French returns with a festive blessing as Vicar of Dibley 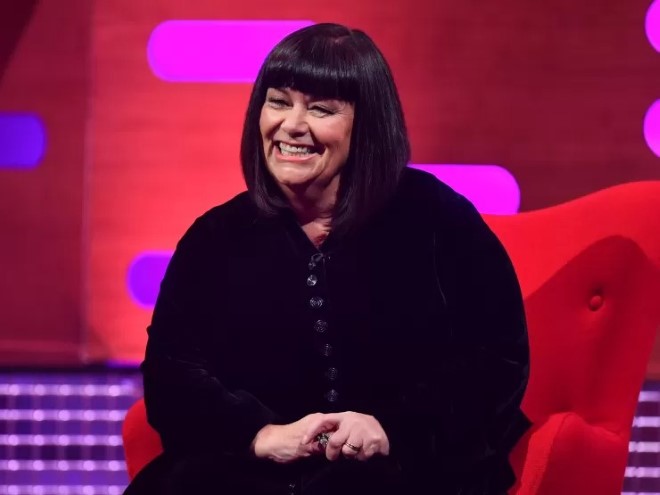 Back in the dog collar, back in Dibley and back on your telly

Dawn French is to reprise one of her most famous television roles for the Vicar Of Dibley In Lockdown.

The series specials, in which she returns as the parish of Dibley’s Geraldine Granger, will air on BBC One.

The comedy actress, 63, said: “Back in the dog collar, back in Dibley and back on your telly at Christmas. I couldn’t be happier. Bless you.”

Richard Curtis, the series’s creator, said: “Like every village in the country, there’s been a lot happening in Dibley this year, and Dawn has got a lot to say about it.”

Three short episodes – lasting just 10 minutes each, and in the form of Geraldine’s sermons – will air weekly. A 30-minute compilation of all three will air later over Christmas.

‘Back in the dog collar, back in Dibley and back on your telly at Christmas. I couldn’t be happier. Bless you’

“During lockdown, post lockdown and pre-another-lockdown, Geraldine has been writing and delivering monthly sermons to her parishioners via Zoom … when she can make it work,” the BBC said.

“These new thoughts on life (and chocolate) will air after repeat showings of classic episodes of The Vicar Of Dibley, this Christmas.”

French played progressive vicar Geraldine from 1994 to 2007. The show ended with her marrying Harry Kennedy (Richard Armitage), but French revived the bubbly vicar for three Comic Relief specials, the last in 2015. The character also returned to screens as part of the BBC’s charity programme, Big Night In, earlier this year.

Shane Allen, controller of comedy commissioning for the BBC, said: “This triple festive treat from the nation’s favourite fun-loving vicar is the warm comedy hug that we have all missed.”

In the new episodes, Geraldine will get help from Hugo Horton (James Fleet) as well as from local primary schoolchildren, as the vicar discusses “all the important topics” including how to make homemade wine.

Emma Chambers, who portrayed Alice Tinker in The Vicar Of Dibley, died of natural causes, at the age of 53, in 2018. “The very dearly departed Alice Tinker is also still an important presence in the village, with some residents still looking for lost buttons and the arrival of decimalisation,” the BBC said.

The first series of The Vicar Of Dibley is available to watch on BBC iPlayer.