From Ranger to Reverend 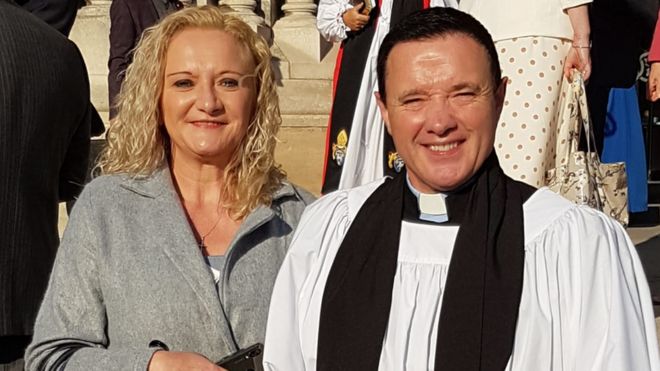 A journey from military to ministry

When the Rev Alan McCracken joined the Army in 1983 a vocation to the ordained ministry was not exactly the first thing on his mind.

But on Sunday September 13 he was made deacon in the Church of Ireland and is taking his final steps towards a full-time position as a curate-assistant.

The native of Rathcoole, County Antrim, said his time in the Army set him up well for training for the ministry, which he joked was “more difficult to train for than entry into the special forces”.

Back when he was a 17-year-old, his motivation for signing up to the Royal Irish Regiment was getting out of Northern Ireland and seeing the world.

“I always wanted to go into the Army but my major motivation was wanting to leave Northern Ireland,” he said.

“It was a bit of a mess and a lot of the friends I grew up with got into bother and ended up in prison, so I wanted to get out.”

Being deployed to Germany as an 18-year-old proved to be a bit of a culture shock for the young ranger, who served in the Royal Irish Regiment until the late 1980s.

“I couldn’t believe the nightlife!” he said.

“For some of the boys from Northern Ireland, going to Germany was their first time at a proper fast food outlet!”

After leaving the Army, Mr McCracken trained as a financial consultant and spent time in the Territorial Army, before joining the Royal Irish Regiment again as a full-time reservist in 2008. 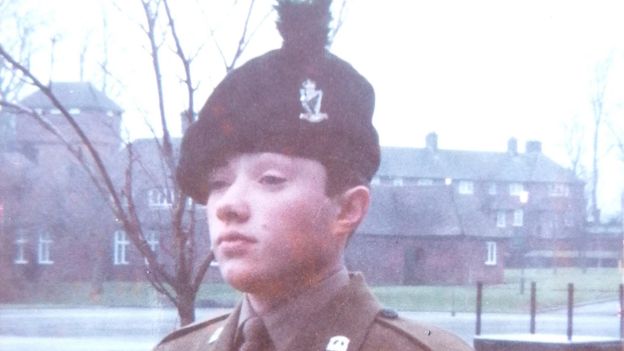 But eventually the pull of his vocation became too strong.

“I always had a strong vocation to serve Christ, it was always something that was there” he said.

“But I sort of repressed it until it got to a point where the vocation was so powerful in my heart that I had to go to speak to my rector for spiritual guidance.”

Having left school with few qualifications, Mr McCracken was able to complete a foundation degree and a masters in theology at Trinity College Dublin while serving in the Army.

He said the educational opportunities he was given was one element of how military service had helped him on his journey to ordination.

“The main thing that the Army brought me and helped me with has been discipline and leadership skills, being myself and being able to communicate with people.

“I was on a military chaplaincy course last year and had the privilege of speaking to recruits in England and they just reminded me of myself.

“They were 16 or 17-year-old boys and girls and they were sitting there like terrified kittens.”

He added: “I had the chance to speak to them and ask them why they joined the Army. Many of them came from areas of England with high unemployment so I could connect with them and their journey.”

Mr McCracken has now been ordained for the United Parish of Ballynure and Ballyeaston and has started his deacon internship.

He will spend the next year completing his dissertation and will then become a curate.

The 54-year-old said the ordination ceremony with The Bishop of Connor, the Right Reverend George Davison was an emotional day after a long journey.

“I said to my wife, Karen, we spent so much time to get here but it has been well worth it,” he said.

“Christ works in mysterious ways and you do not know where your path will lead in life.”