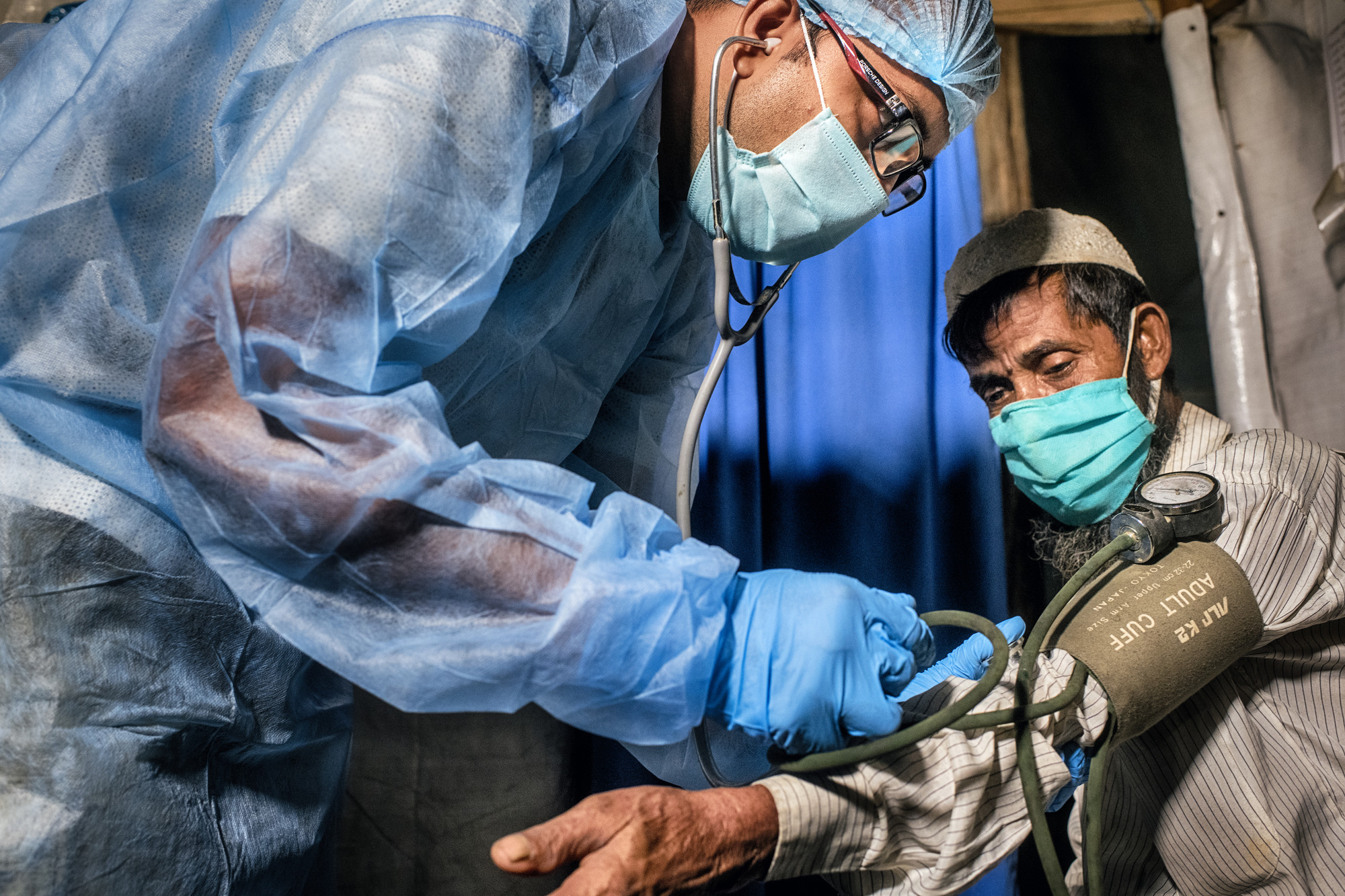 The report is backed by diverse range of church leaders including the General Secretary, Council of Anglican Provinces of Africa; the Archbishop of Wales and the Moderator of the Church of Scotland’s General Assembly

The Covid-19 pandemic has exacerbated deep and often hidden inequalities across the world, and could tip over into “catastrophe” unless there is a recovery plan that addresses these inequalities, according to a new Christian Aid report which you can download at –
https://www.christianaid.org.uk/resources/about-us/building-back-justice-report

The report, Building Back with Justice: Dismantling Inequalities after Covid-19, which is backed by a diverse range of church leaders, says of the effects of the coronavirus: “The economic, social and political impacts are only starting to unfold.” It adds: “The pandemic has exposed and reinforced deep inequalities that long pre-date it… Without immediate and decisive action, a crisis in the poorest countries threatens to escalate into a catastrophe that will cause untold human suffering, entrench inequalities and slow any recovery.”

Germany and Italy have spent around 40% and 30% of GDP respectively on economic stabilisation, while Malawi, Kenya and DRC have spent less than 1%, and the UK has spent about 20 times as much as Malawi, as a percentage of GDP.

Christian Aid is calling for “a comprehensive 12-month cancellation of debt principal and interest for 76 low-income countries”. The charity says that debt cancellation “could be one of the fastest ways to free up resources for some of the countries worst affected by the pandemic and its economic impacts”.

In a foreword to the report, the Venerable JW Kofi deGraft-Johnson, General Secretary, Council of Anglican Provinces of Africa, says “We are now more aware of the connectedness and interdependence of the world than ever before” and adds: “Christian Aid has used its strength in expert analysis to ask the important questions and not shy away from proposing hard answers. The information and proposals in this report will serve not just in strategic and policy direction change, but also to support a very needed prophetic voice to accompany those changes.”

Endorsing the report, the Archbishop of Wales, John Davies, says it “pulls no punches in its call for a coordinated global response to help our brothers and sisters who are in such dire need.”

Patrick Watt, director of policy, public affairs and campaigns at Christian Aid, said: “Richer countries have injected massive sums of money to support their economies while poorer countries are crippled by vast debts which are still not being cancelled. This is grossly unjust, as well as being exceptionally short-sighted. Unless the richest countries step up, and support a comprehensive response and recovery plan that includes debt cancellation, we will see the current crisis tip over into a catastrophic repeat of the lost decade Africa and Latin America experienced in the 1980s.”

The report notes that some countries have already seen big increases in the cost of food, and there has been severe disruption to routine healthcare, such as immunisation and maternity care. The report warns: “In many countries, the disruption to non-coronavirus-related healthcare could cause more deaths than the virus itself.” In countries with poor sanitisation, precautions against Covid-19, such as regular hand washing, are much more challenging. At the same time when it comes to education, 90 per cent of school students around the world have lost part of their education and that many pupils and students in poorer countries – especially girls –may never return. The report says: “Experience from the west African Ebola epidemic shows school closures led to higher rates of permanent dropout for girls, and to a rise in child labour, neglect, sexual abuse, teenage pregnancies and early marriage.”

The report highlights the fact that like many crises, women and girls are most affected. It says: “There is growing evidence that women are bearing the heaviest social and economic burden during the crisis.” This is because women do most health and social care work, usually in the lowest-paid jobs in these sectors. Women are also likely to be exposed to violence in times of crisis.

The report laments narrow national responses to the pandemic, and stresses the need for coordination at global, national and local levels. Instead however, so far the response has been “characterised more by competition than by collaboration”.

It points out the disproportionate effect of Covid-19 on black and minority ethnic groups, saying the virus “has laid bare the extent to which poverty and inequality can be classed as ‘pre-existing conditions’.” The report adds: “In the UK, the disproportionate impact on black and Asian people is a case in point. Around the world, marginalised groups, from Dalits in India to migrants in Central America, have been especially vulnerable both to the virus, and to its economic consequences.”

The recovery from the crisis must be green and sustainable, according to the report, which points out that “the crisis has…demonstrated that governments can intervene decisively when the scale of an emergency is clear and the public supports action. The aim must be to decouple growth from greenhouse gas emissions, and to halve global emissions by 2030 and be carbon free by 2050.”

The report is calling on governments and multilateral institutions to take the following actions:

Strengthen essential services, by rolling out free testing and treatment of Covid-19; protecting health services for non-Covid-19 needs; protecting women from violence as part of Covid-19 plans; and take steps to prevent a food security crisis and acute hunger.

Urgently mobilise public finance for the response to the crisis, by cancelling unpayable debts falling due in 2020 for the poorest countries; preventing vulture funds from exploiting debt distress; agreeing an issuance of Special Drawing Rights at the IMF; and introducing wealth taxes to help deliver the resources that are needed.

Promote accountable governance, by limiting emergency powers to what is needed to halt the spread of the virus.

Lay the groundwork for a sustainable future, by ensuring that any bailouts of business, as part of recovery efforts, are used to promote tax reform, a reduction in carbon emissions, and responsible and accountable business behaviour.

An effective global response to end the pandemic, by supporting efforts to pool research, patents and technology so that all countries have the means to tackle Covid-19; attaching public interest conditions to pharmaceutical research and development; and supporting the WHO to deliver effectively on its mandate.