How Nagasaki’s Catholics survived persecution and the bomb 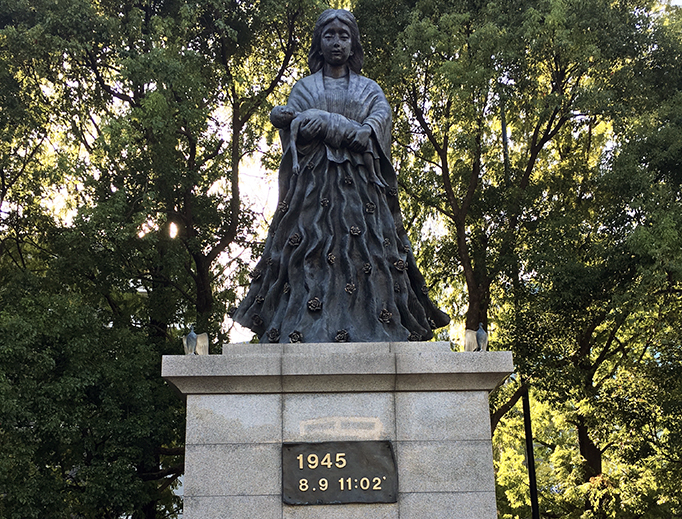 A short walk from the entrance of Urakami Cathedral in Nagasaki there is a boulder that’s big enough to seat one person. To anyone walking by, the stone looks ordinary: there is no evidence of masonry or any carvings. But this stone has a story. It is called the “torture stone” and it was used to inflict an untold amount of suffering on Japan’s Christians for more than 300 years.

The torture was simple: they were forced to sit on the stone until they renounced the faith. It did not matter how long the procedure took. Christians were given just two choices: either revert to local religion and customs or remain sitting on the stone exposed to the elements.

A sign close by retells the story of a woman named Tsuru who was forced to sit on the stone, naked and hungry. She sat for 18 days, and only when she was buried in snow did she finally lose consciousness.

The persecutors were ruthless, and the faithful Catholics of the Urakami community, one of the oldest in the Catholic history of Japan, endured this and many other persecutions for centuries. Their faith, though, endured. “This stone stands as a constant reminder to respect our ancestors who unflinchingly held true to their faith,” says the sign.

The suspicion that Christian missionaries were opening up Japan to foreign domination arose during the rule of Toyotomi Hideyoshi (1537-1598). He was succeeded by Tokugawa Ieyasu (1543-1616), the founder of the Tokugawa shogunate, who enacted an isolationist policy, forbidding Christian missionary activity. Laws banning Christian worship were also adopted.

The policy of “nobody in, nobody out” – known in Japan as Sakoku – effectively dealt with the concern about foreign influence. But despite repression, some Christians refused to renounce the faith. They faced extreme and brutal consequences. Silence, the 2017 film directed by Martin Scorsese, accurately depicts Christians being crucified amid rising tides and being boiled alive in natural spring pits.

It wasn’t until 1873 that Christians were once again free to practise their faith without fear. Tsuru, the woman who sat for 18 days on the stone, and a host of others who held to their faith in secret, returned to the district of Urakami. 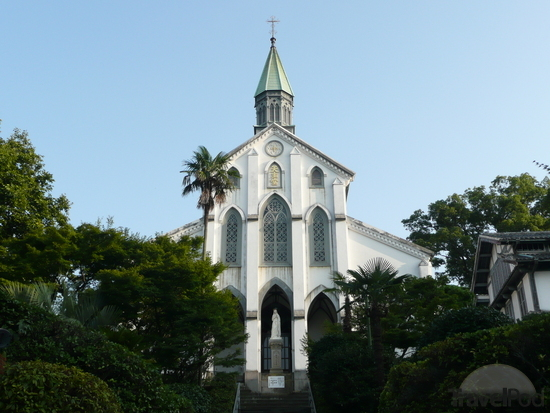 Japanese Christians were free to build gorgeous churches, including the cathedrals in Nagasaki and Hiroshima, two epicentres of Christianity on Honshu, the main Japanese island.

Tragedy struck these communities again in 1945 when the atomic bombs were dropped. The entire population of both cities, including the many Catholics, endured unspeakable horrors. Still, they did not lose the faith.

Certainly, then, Catholics of Japan will experience great joy when Pope Francis arrives this November. According to the Vatican, the Pope will spend five days there, touring Hiroshima, Nagasaki and possibly Fukushima Prefecture, where in 2011 a tsunami led to the worst nuclear accident since Chernobyl.

The papal visit will also mark a special anniversary for Vatican-Japan relations, since it will coincide with the 100th anniversary of the first diplomatic ties between the two states. In 1919, Rome sent the future cardinal Pietro Fumasoni Biondi to Japan to serve as apostolic delegate, marking the beginning of a formal relationship between the empire of Japan and the Holy see.

But it was only in 1942, while the war was occupying the attention of leaders in both Tokyo and Rome, that full diplomatic relations were established. Emperor Hirohito desired relations with the Holy See because he hoped that the Vatican might serve as a mediator between Western powers and Japan.

The move caused some concern in Washington, but the Vatican agreed to the request and accepted Ken Harada as Japan’s first ambassador to the Holy See. Full diplomatic status was established with the apostolic delegate, Cardinal Paolo Marella. However, the first apostolic nuncio to Japan – Cardinal Maximilien de Furstenberg – was only named in 1958, following further dialogue between Hirohito and Pope Pius XII.

Catholics from around the world should consider visiting Japan as pilgrims. Christians may only account for one per cent of the population, but Christian art, shrines, relics and churches are dotted throughout the country. As far south as the island of Okinawa there is a great cathedral where Mass is offered daily.

In the north of Honshu is the site of a Marian apparition in 1973 known as Our Lady of Akita. It is said that when she appeared to Sister Agnes Katsuko Sasagawa, the Virgin Mary emphasised the need for prayer among the faithful, especially the recitation of the rosary. She also communicated prophecies of heresy and persecution of the Church in the coming years.

The statue located there is famous worldwide and, although the Vatican has not offered a definitive judgment, many Christian and non-Christians visit the site each year.

Nagasaki, however, remains the ideal location for a Christian pilgrimage. Relics of countless martyrs, original hymn books, sacramentals, and even the original breviaries and Bibles of the earliest missionaries to Japan are on display at the Twenty-Six Martyrs Museum and Monument. This is situated on the very hill where 188 martyrs were executed, including the Japanese Jesuit seminarian St Paul Miki and his companions. The museum is state of the art, rivalling any museum of Christian history I’ve visited in Italy.

You cannot skip the brief and humbling walk to the site where the second atomic bomb exploded. And a short distance away is Urakami Cathedral, where remnants of Christian history are on display. Nagasaki is a place of supreme importance in the history of Christian evangelisation in Asia. Go if you can.

Pope Francis will no doubt be very moved when he visits the place where countless Jesuits before him preached the Gospel, and were brutally martyred for the sake of loving and serving the Christians of Japan.

Shaun McAfee writing in the Catholic Herald. Shaun is the founder of EpicPew.com and the author of several books, including Filling Our Father’s House and Reform Yourself!