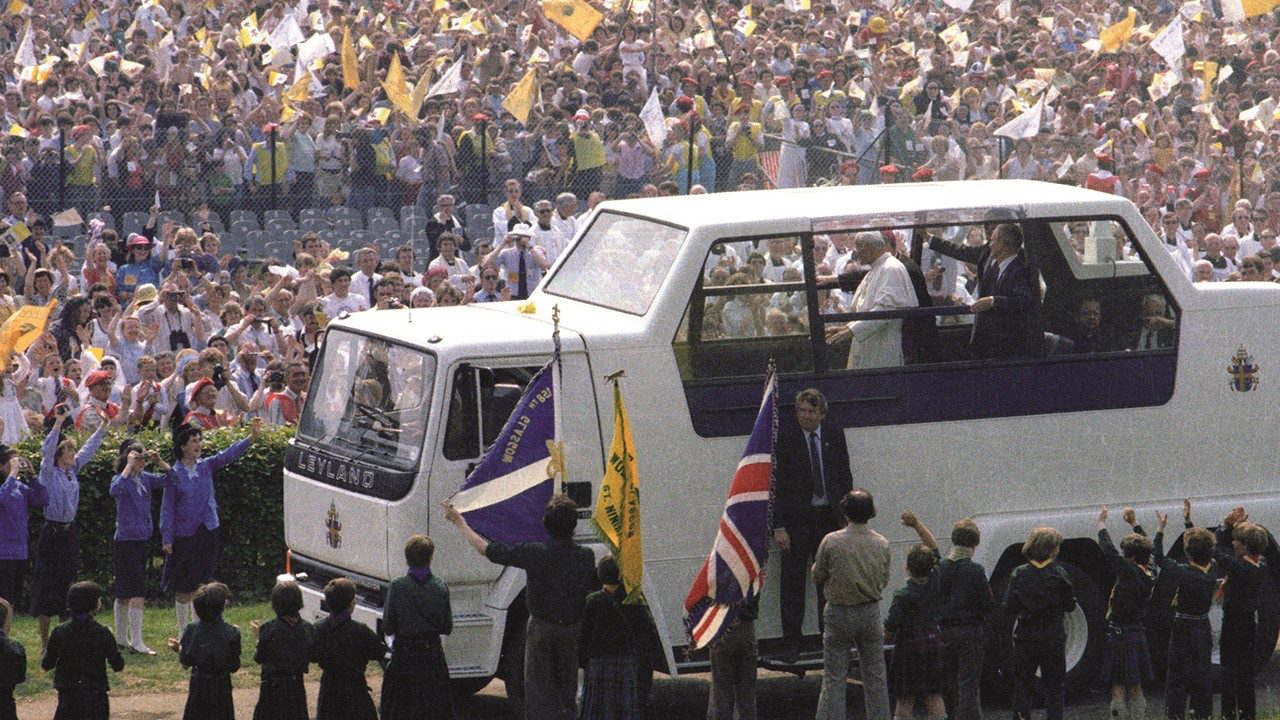 The British Ambassador to the Holy See, Sally Axworthy, looks back at Pope St John Paul II’s “historic” visit to Britain in 1982.

“Saint John Paul II’s visit [to Britain in 1982] was an extraordinary event in the life of the Catholic Church in the UK,” writes Sally Axworthy, the British Ambassador to the Holy See.

Axworthy notes that it was the first time a reigning pontiff had ever set foot on British soil, and that the visit “marked a historic moment in UK-Holy See relations”.

The Holy Father visited nine cities in England, Wales and Scotland over the course of six days. In addition to his meeting with Queen Elizabeth at Buckingham Palace, highlights of the visit included addresses to young people in Cardiff and Edinburgh, and an open-air Mass in Glasgow that drew more than 300,000 participants.

“Ecumenism was central to his visit,” Axworthy says, noting John Paul’s visit to Canterbury Cathedral, where he met with the Archbishop of Canterbury, Robert Runcie. 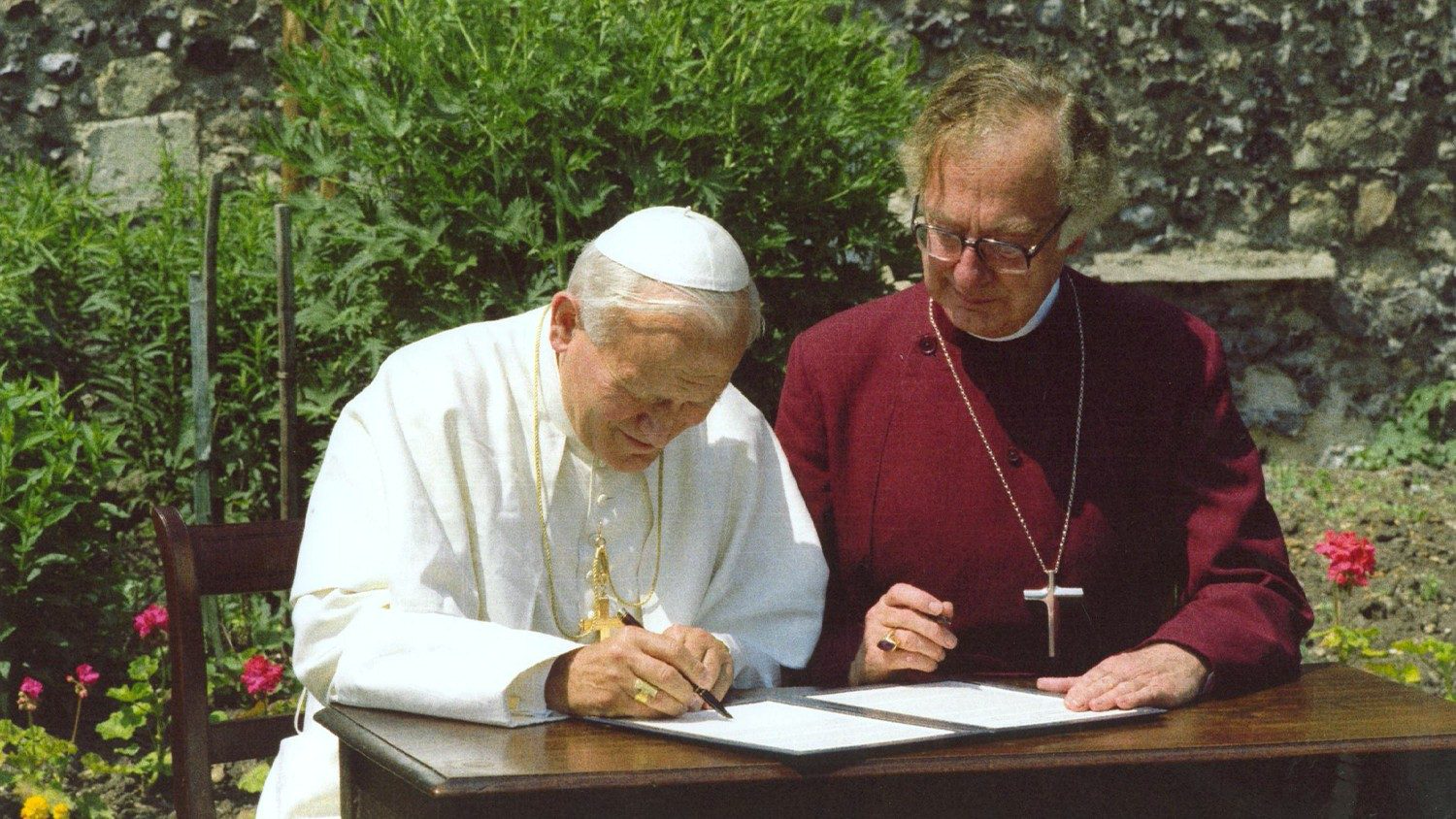 “By attending the cathedral founded by St Augustine of Canterbury on his mission to England from Pope Gregory the Great in the sixth century, St John Paul II made a powerful statement of the churches’ determination to walk forward together,” she writes. “This ecumenical dialogue has flourished ever since.”

John Paul’s 1982 visit to Britain paved the way for future “great moments” in the life of the Church in the UK, including Pope Benedict XVI’s visit in 2010 and the canonisation of St John Henry Newman in 2019. The “legacy” of that visit, says Axworthy, “was the strengthening and deepening of the relationship between the UK and the Holy See that is bearing fruit today”.