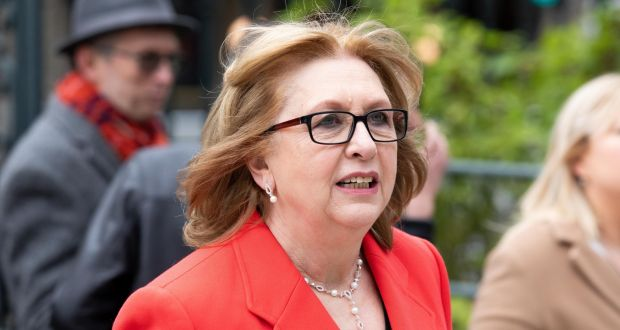 Former president Mary McAleese has been elected unopposed as the new chancellor of Trinity College Dublin, Patsy McGarry reports in the Irish Times.

She succeeds her predecessor in Áras an Uachtaráin, Mary Robinson, who was elected as first woman chancellor of TCD in 1998 and has held the post since.

In 1973 and having graduated with an honours law degree from Queens University Belfast, Mrs McAleese was appointed Reid Professor of Criminal Law, Criminology and Penology at TCD in 1975. Aged just 24, she was the youngest person to hold the post.

While in that role she was, along with Senator David Norris, a founding member of the Campaign for Homosexual Law Reform, as well as its legal advisor.

In January 1988, she became the first Catholic and the first woman to be appointed director at the Institute of Professional Legal Studies at QUB, and in 1994 became the university’s first female pro-vice-chancellor.

She was president of Ireland for two terms from 1997 to 2011. Currently she is a member of the Council of Women World Leaders, set up in 1996 to promote issues important to woman worldwide and equality issues generally.

The election for chancellor of TCD closed on Wednesday night and hers was the only name put forward.

It is understood her candidacy was strongly supported by leading members of the university’s senate, including the current Reid Professor of Criminal Law at TCD Senator Ivana Bacik, current TCD pro-chancellor Prof Sheila Greene, and former pro-chancellor Prof David McConnell.

It is expected Mrs McAleese’s formal inauguration will take place at the university later this year. As chancellor she will be officially head of the university and preside at meetings of its senate as well as at important ceremonial occasions such as commencement ceremonies, and when degrees and honorary degrees are awarded.