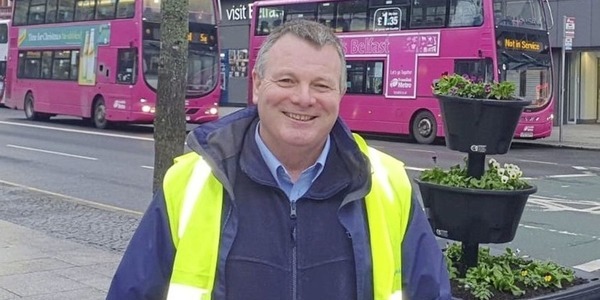 1.Belfast bus driver (above) praised after taking detour to ensure passenger saw elderly mother after Covid vaccine. He took a lost passenger to see her elderly mother who had just received the coronavirus vaccine

3. Arlene Foster and Michelle O’Neill have said that they would take the Covid-19 vaccine in public. Speaking at a press conference following a meeting of the Stormont Executive, Mrs Foster and deputy First Minister Michelle O’Neill confirmed they would be willing to get the jab in public.“I have no difficulty doing that, I will be taking the vaccination,” Mrs Foster said.

4. NI Ministers concerned at high Covid-19 death toll as restrictions ease. Circuit-breaker restrictions were relaxed Friday. Stormont’s health minister has said he would have preferred stricter coronavirus restrictions in Northern Ireland in the run-up to Christmas. Commenting on the ending of the circuit-break lockdown and the reopening of shops and much of the hospitality sector, Robin Swann said he had to accept that he operated in a five-party executive.

6. Young child present at west Belfast paramilitary-style shooting ‘extremely traumatised’. The PSNI said the child and a woman “heard this brutal attack being carried out”

7. Innocent Catholic murdered by loyalists in the presence of his 13-year old son was struck by up to nine bullets, Winston Rea trial hears. In a statement, John Devine’s son Sean said: “I saw all three of these men walk into the living room, where daddy was sitting. I heard one shot and then I heard my daddy groaning”

11. Alex Kane: It is absurd to think terror groups will resolve legacy, but the governments think the peace process is too big to fail
[https://www.newsletter.co.uk/news/opinion/columnists/alex-kane-it-absurd-think-terror-groups-will-resolve-legacy-governments-think-peace-process-too-big-fail-3059995]