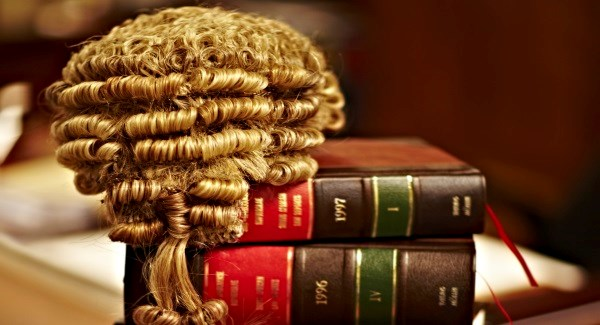 The basic mission of the legal profession is “to accomplish goodness”, the Papal Nuncio has told lawyers and judges at an annual mass to mark the opening of the new legal year.

The Most Reverend Jude Thaddaeus Okolo made the comments in a homily delivered at St Michan’s Roman Catholic Church at Halston Street in Dublin.

Addressing a congregation including senior judges, the Nuncio said Christians have a vocation to accomplish goodness in the world and a mission to bring about justice.

Peace “depends on the correct application of justice” and “..if there is justice, there will be peace as the two go hand in hand.

Justice “rests on respect for human rights, assuring that people’s natural and objective rights are not trampled upon.”

Everyone, he said, “believes the basic mission of the legal profession is to accomplish goodness” and the profession therefore becomes a vocation and a mission.

“Wherever justice is accomplished, goodness is established. There is a fundamental connection between the justice of the individual, the peace of everyone and goodness/wellbeing in the society.”

At her address to the annual service at St Michan’s Church of Ireland, Church Street, also marking the opening of the new legal year, Reverend Canon Lorraine Kennedy-Ritchie, Minister of Clontarf with Ormond Quay and Scots Presbyterian Church, focussed on the theme of contentment.

She urged the congregation, which included visiting judges from South Carolina, to “be guided by the context of the truth to be known in contentment, which will then keep us from a lust for the valuable resource of money, which will diminish us so much that not only will we lose our own souls, we will diminish the souls of those we are called to love and nurture”.

Money is “a meaningful resource” which has value and power and it is a misunderstanding to consider Paul’s comments in scripture about money as amounting to it being described as “the root of all evil”.

Paul, she said, was effectively warning that lust for money “brings trouble and that “godliness combined with contentment brings great profit.”

“Contentment in Scripture and the way Paul places his warning within this truth, is never complacent, nor indifferent to either one’s own nor another’s pain, and above all else it is never a matter of tossing up our hands and saying ‘c’est la vie’.”

Contentment is “passion that comes from love, not lust”; “a drive that is fuelled by peace not violence” and “an energy for life that bubbles up from joy not from hunger”.

Report by Ann O’Loughlin in The Irish Examiner