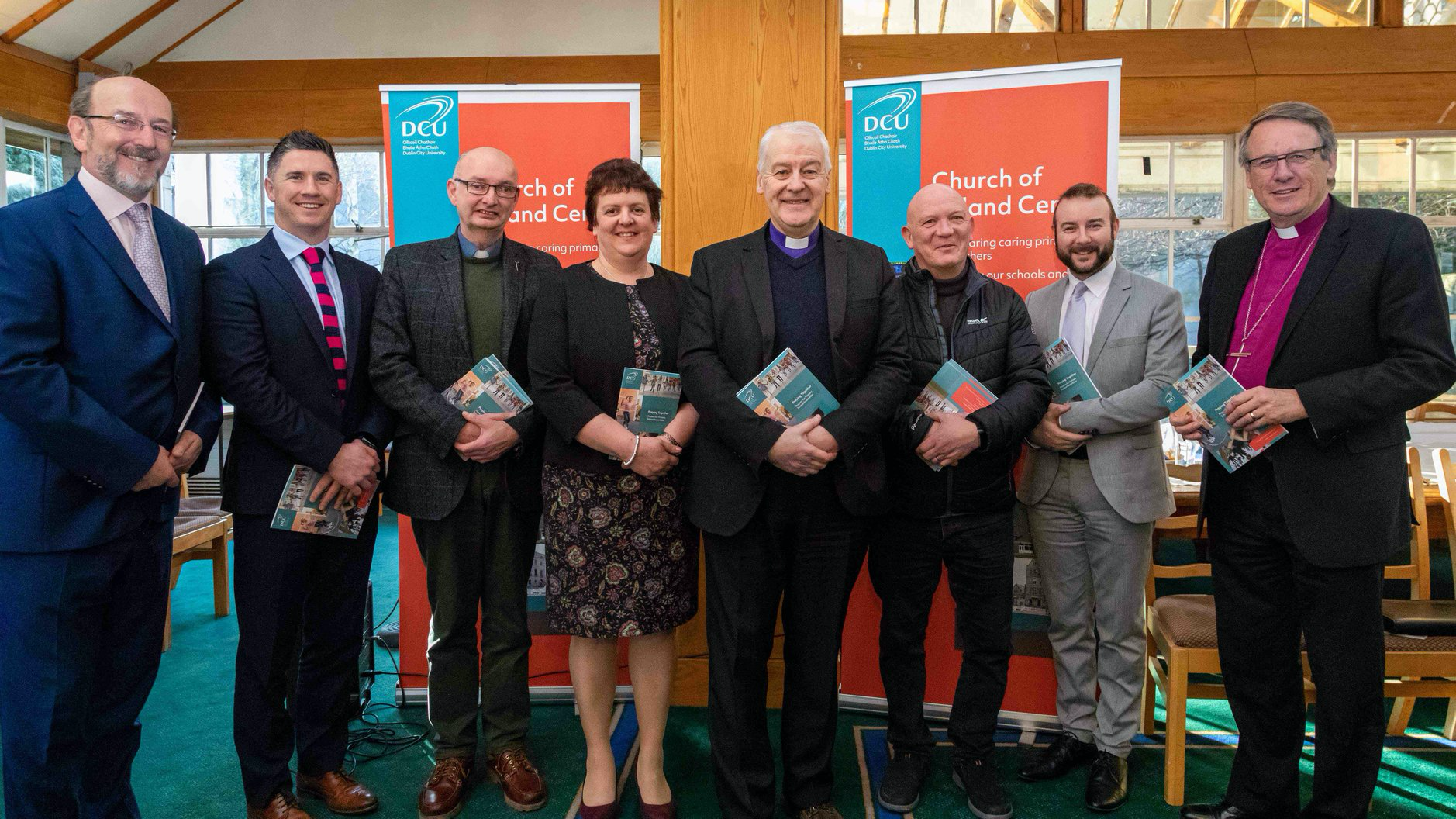 Pupils, teachers and people connected with Church of Ireland primary schools have all contributed to a new book of prayers which can be used in school assemblies. ‘Praying Together: Prayers for Primary School Assemblies’ was launched yesterday (Thursday February 6) by the President of Dublin City University, Prof Brian MacCraith, at the university’s All Hallows Campus.

The book contains a wide variety of prayers penned by children and adults connected with Church of Ireland primary schools all over Ireland. The book is the result of a project which began in Spring 2019 when the editor Jacqui Wilkinson had an idea for a new resource and project in which the network of Church of Ireland schools could get involved. Jacqui lectures in Religious Education and teaches the RE Cert (Follow Me programme) to initial teacher education students in DCU. She also offers CPD and in–service training in the Follow Me programme to existing teachers in Church of Ireland schools. She contacted all Church of Ireland primary schools last year inviting teachers and pupils to write new prayers for use in school assemblies and received a great response.

Initially it was planned to produce an online collection of the prayers. Then, thanks to the generosity of DCU, it became possible to create a book containing many of the prayers received from schools. The prayers are grouped into more than 30 themes ranging from ‘Our new junior infants’ to ‘Caring for our world’. The prayers cover many of the events in the school and church year and Jacqui hopes they will be widely used.

“I hope that those involved in leading assemblies will find these prayers a useful addition and inspiration for worship,” she commented. “The collection includes prayers which may only be used occasionally, for example when a teacher retires or there is a school inspection. Others may become regular features of assemblies marking the seasonal events of the school year such as sports day or 6th class graduations. There are also prayers when an urgent response is required, for example, in times of sickness or sadness, or if there is a national or local tragedy.”

At the launch Prof Brian MacCraith and Prof Anne Looney, Executive Dean of the DCU Institute of Education, spoke of the importance of listening to the student voice. They acknowledged the work done by Jacqui Wilkinson to include the voices of children in the collection and commended the broad relevance and appeal the collection will have beyond its initial target audience of Church of Ireland primary schools. Archbishop Michael paid tribute to both the editor and DCU. “This book of prayers comes directly from the Church of Ireland context with the children’s voices from their schools. It is the first publication by Dublin City University of a volume from one of its denominational centres, in this case the Church of Ireland Centre,” he said.

After the launch the director of the Church of Ireland centre DCU, the Revd Prof Anne Lodge added her congratulations. “Jacqui has produced a superb resource for school assemblies and other contexts that gives a prayerful voice to children, teachers and other school personnel. One of the roles of the Church of Ireland Centre is to support the schools in our network, and this book of prayers makes an exciting and important contribution to this aspect of our work.”

Jacqui Wilkinson thanked all the schools that participated in the project and thanked Dr Bridget Nichols of the Church of Ireland Theological Institute who was the theological adviser.

Special guests at the launch, which was hosted by the Church of Ireland Centre DCU, included the Archbishop of Dublin, the Most Revd Dr Michael Jackson, the Bishop of Limerick, the Right Revd Kenneth Kearon, Dr Ken Fennelly, secretary to the General Synod Board of Education, Dr Patrick Sullivan of NCCA, Canon Brian O’Rourke of CIPSMA, Dr Bridget Nichols and Dr Andrew McGrady of CPSMA. Teachers representing some of the schools who contributed prayers to the book were also present.

On Friday morning (February 7) the book was presented to Templebreedy National School in Crosshaven at their daily assembly. Pupils from the school read their school prayers which feature in the book. The books will be sent to all Church of Ireland primary schools in the coming weeks.