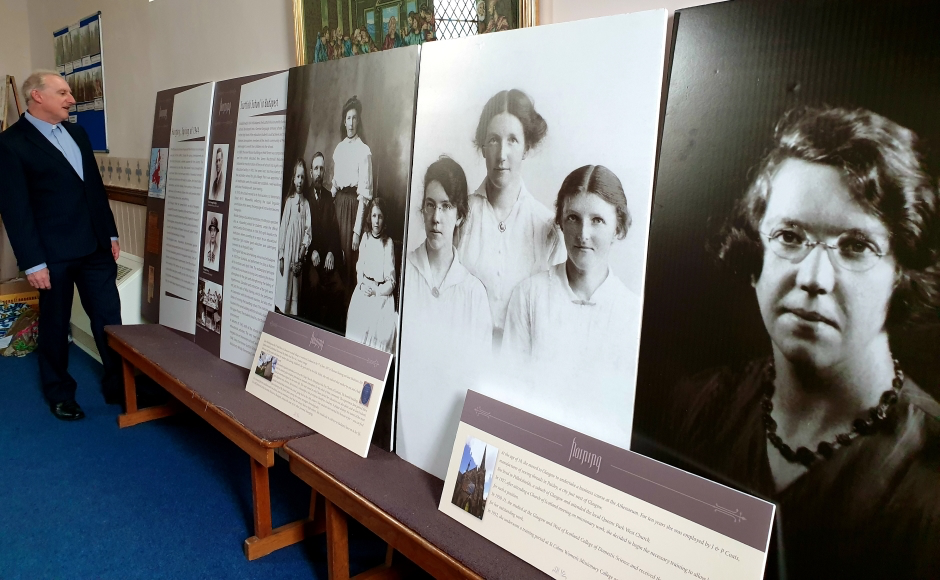 A new exhibition to honour a Scot who gave her life to help protect Jewish schoolgirls during World War Two opened yesterday.

Jane Haining is the focus of a moving display at Wigtown Parish Church in Dumfries and Galloway.

It features photographs, documents, letters and other artefacts relating to the Church of Scotland missionary from Dunscore near Dumfries.

Her unwavering devotion to pupils in her care led to her death in the Auschwitz Birkenau extermination camp in Nazi occupied Poland in 1944.

Rev Eric Boyle, minister of Wigtown and Kirkcowan Parish Church, said: “Jane Haining was a courageous and compassionate woman whose life was cut short during a dark period of history and it is a privilege and honour to host this exhibition.”

The exhibition coincides with the Wigtown Book Festival, which opens today and Mary Miller, author of Jane Haining – a Life of Love and Courage, is reading from her book at the church as well as speaking at the festival.

Miss Haining was the matron at the Scottish Mission School in Budapest, Hungary, which educated Jewish and Christian girls, from 1932-44.

She refused to return home after war broke out in 1939, despite advice from Church of Scotland officials, saying the Jewish girls in her care needed her in the “days of darkness”.

Gas chamber
Miss Haining kept the girls safe for nearly five years and was eventually arrested by the Gestapo on eight charges, including working among Jews in her care. 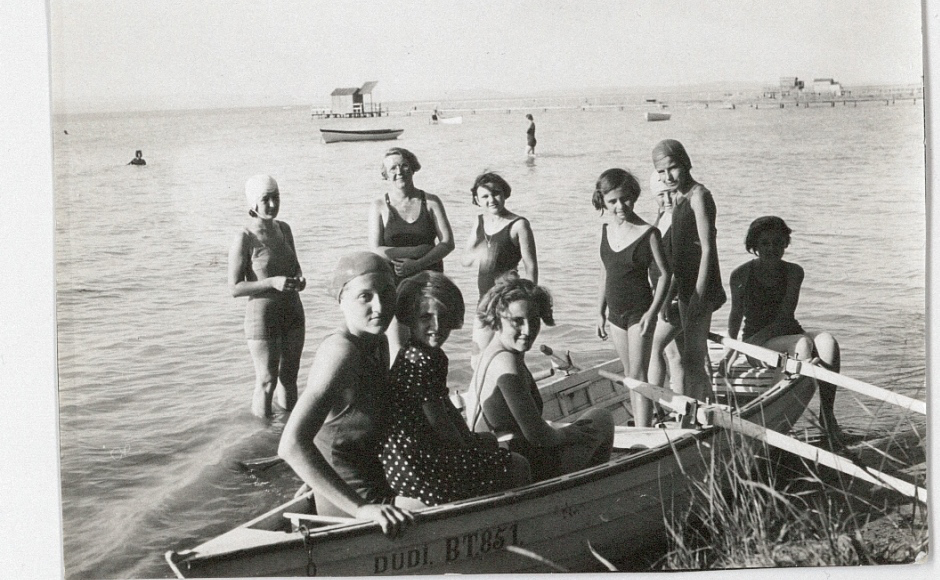 Photo above – Jane Haining and “her” girls having fun on Lake Balaton in Hungary where summer holidays were spent in a rented villa.

She was betrayed by the cook’s son-in-law who she caught stealing food.

Miss Haining was imprisoned in Budapest for several months before being moved to the death camp in May 1944 where she likely died in a gas chamber.

Research conducted by Donna Brewster of Wigtown revealed that Miss Haining, who was 47 when she died, was related to Margaret Wilson (1667-1685) who was executed by drowning for refusing to swear an oath declaring James VII (James II of Britain) as head of the Church.

She died along with Margaret Lachlan and the pair are known as the Wigtown Martyrs.

Courage
Mr Boyle said: “It was very poignant to discover that Jane Haining was related, through a great aunt, to Margaret Wilson who died for her faith.

“Wigtown is a fitting place to remember and give thanks for the witness, courage and compassion of those who have gone before as examples of faith in desperate times.”

Former Moderator of the General Assembly of the Church of Scotland, Very Rev John Miller, who is also related to Margaret Wilson, is preaching in Wigtown Parish Church on Sunday at 11.30am.