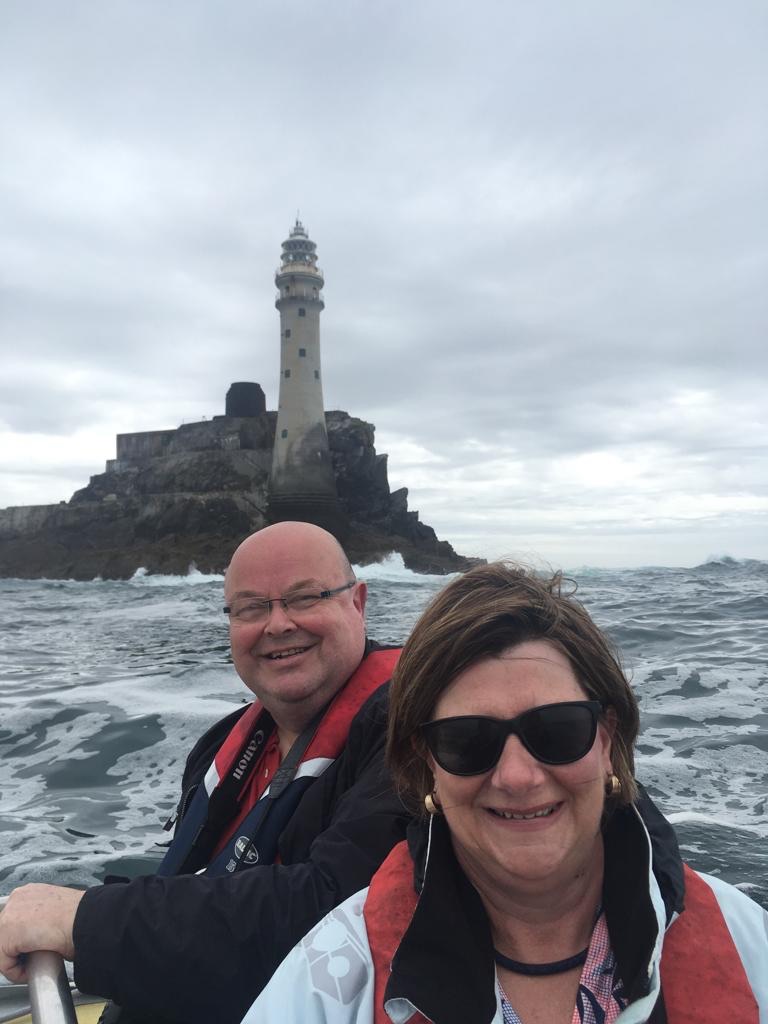 Last week the Bishop of Cork, Dr Paul Colton, beat the diocesan boundary by going out to see the most southerly point of the Diocese (also the most southerly point of Ireland) which he commented is “13 km off the mainland and 6.5 km from nearest land (Cléire – Cape Clear Island) – the Fastnet – from the old Norse – Hvasstein-ey, meaning ‘sharp-tooth isle’. In Irish it’s Carraig Aonair, ‘the lonely rock’. Fastnet is known as “Ireland’s Teardrop”, because it was the last part of Ireland that 19th-century Irish emigrants saw as they sailed from Their homeland.” 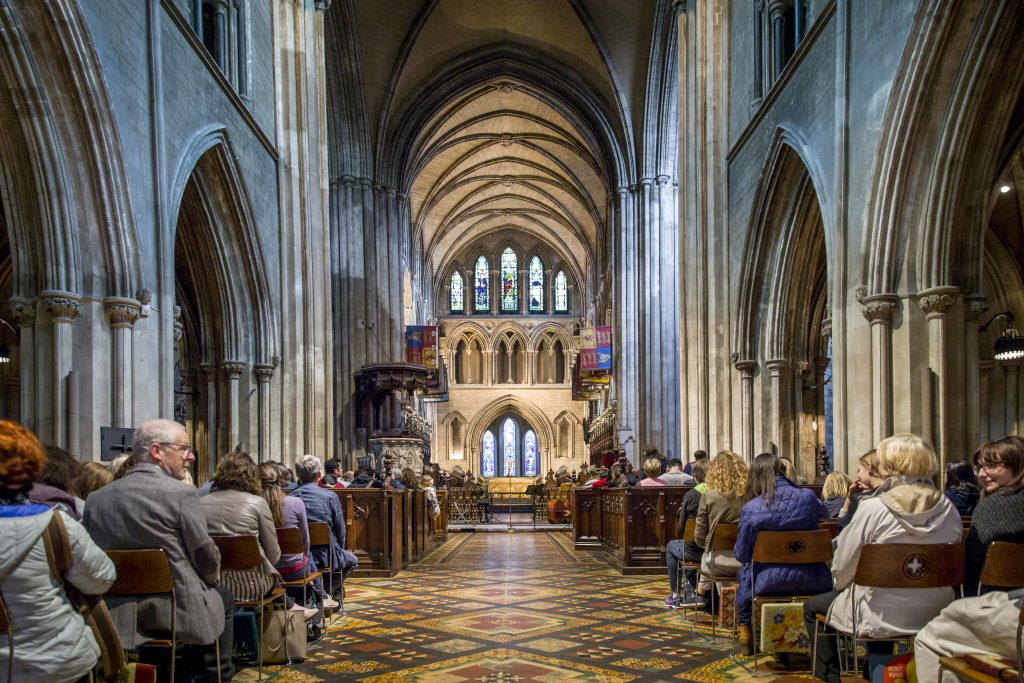 From today, Monday, to Friday, St Patrick’s Cathedral, Dublin, will offer art and craft workshops at 11am, lunchtime music in the Lady Chapel and guided tours at 3pm. Today (Saturday) and next Saturday there will be bell ringing tours, music workshops for children, and, at 6pm organ recitals by Stuart Nicholson and David Leigh. On Wednesday at 7pm the cathedral architect, John Beauchamp, will talk about the roof restoration project and on Thursday at 6.30pm there will be an instagram evening. All events are free but registration is required – see the St Patrick’s website for details.

As the Christ Church cathedral, Dublin, publicity asks “Never visited? Haven’t been in to see us for a while? Rediscover your Dublin heritage in Christ Church this week with our special offer of €5 off the family ticket price’” Until next Saturday at 11am there will be a Monk Tour for children aged 6–12 while on Monday and Wednesday at 1.15pm guided tours of the cathedral and belfry offer a chance to ring the famous Christ Church bells. On Tuesday at 1.15pm, Melanie Sharkey and Bernard Seymour, the designers of the cathedral’s new grounds and labyrinth, will discuss the project outside the cathedral. On Saturday 24 August Catherine Dunphy will lead a free music workshop for children aged 5–9 – a fun music and dance workshop in the Cathedral grounds. Registration may be required for some of these events – details from the Christ Church website.

Psalms Online
Church Music Dublin has launched Psalms Online. Psalms Online aims to assist all involved in parish worship by providing quick and easy access to the Sunday psalms, using Anglican chant: the words in reasonably large print, pointed (notated) for singing; including a chant; on a single page.

Church Music Dublin invites you to try it now …
To access a psalm, click on the link below and scroll down a little. Then click on the date of one of the Sundays listed. A printable file in ‘pdf’ format will appear. You may give copies to singers or include with a service sheet.
[ www.churchmusicdublin.org/psalms/]

Summer Music in Sandford continues next Friday at 1.10pm in Sandford parish church, Ranelagh, where there will be recital by soprano Katy Kelly. ** 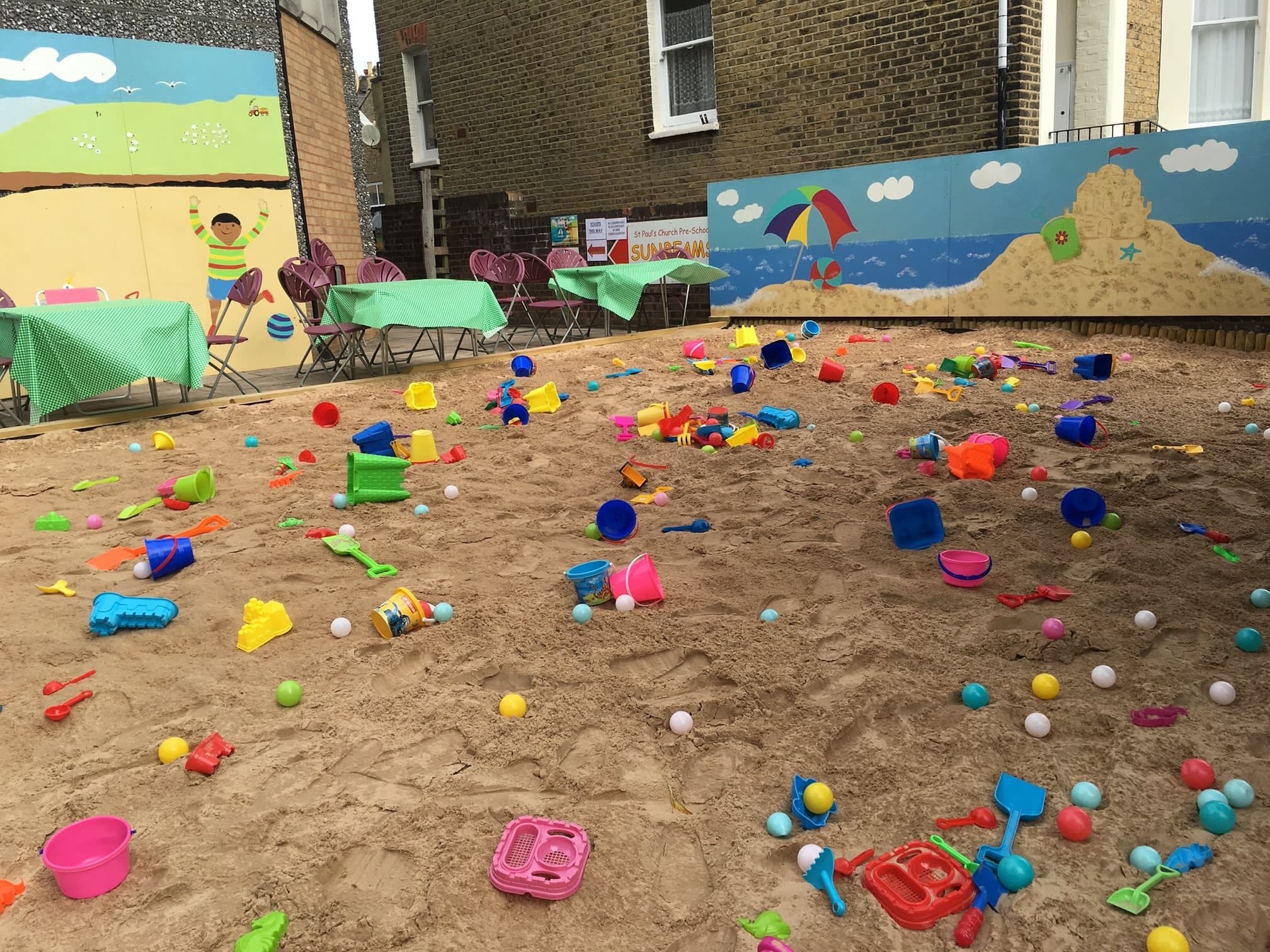 We love this Urban Beach in St.Paul’s, Anerley. Each year, for one week during August, the church car park is transformed by 15 tons of pure white children’s play sand. Over 1,000 people attend – great for those who can’t afford to get away for the hols.

Eco–Congregation Ireland’s latest newsletter covers a survey of churchyards in the Diocese of Glendalough, to see what can be done to encourage biodiversity, a similar project from Christ Church, Portumna, Co. Galway, and progress made by St Anne’s, Shandon, towards becoming an Eco–Congregation. The Revd Trevor Sargent writes on how to consider the carbon footprint of our holidays.

Ireland loses vote in papal elections after only cardinal turns 80

Ireland would have no vote if there was a papal election tomorrow as the Catholic Church’s only Irish-based cardinal, former primate Cardinal Seán Brady (above), has turned 80 and, in accordance with Canon Law, may no longer vote in a papal conclave.

He may, however, take part in consultations and discussions prior to or at such a conclave, as did the late Cardinal Desmond Connell at the Vatican in March 2013 when Pope Francis was elected.

As recently as 2009 Ireland had three cardinals. In 2007, then Archbishop of Armagh Seán Brady received the red hat to join his predecessor Cardinal Cahal Daly, who was made a cardinal in 1991, and Cardinal Desmon Connell, then Archbishop of Dublin, who was elevated to the College of Cadinals in 2001.

Cardinal Connell in 2005 became the first Irish-based cardinal to take part in a conclave for 66 years. It saw the election of Pope Benedict XVI. In 1939, then Archbishop of Armagh Cardinal Joesph McRory took part in the conclave that elected Pope Pius XII.

In accordance with his final wishes, the funeral service for Rev D G (Tom) Banham will be held in Roselawn Crematorium on Monday, 19th August at 5:00pm. All are welcome to attend and pay their final respects.

“What seem our worst prayers may really be, in God’s eyes, our best. Those which are least supported by devotional feeling…these may come from a deeper level than feeling. God sometimes seems to speak to us most intimately when he catches us, as it were, off our guard.” – CSLewis