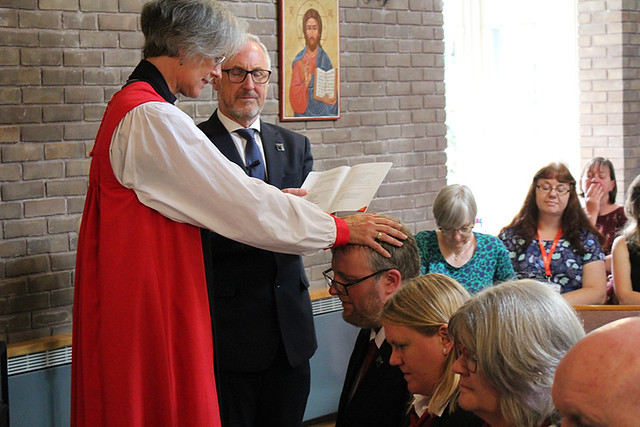 This July, Alan Williamson of the Drumcliffe Centre of Mission was among six people admitted and commissioned as a Church Army Evangelist by Bishop Jo Bailey–Wells, the Bishop of Dorkin, at the Wilson Carlile Centre in Sheffield.

Alan has been working as a Pioneer Evangelist with the Drumcliffe Centre of Mission since its establishment in September 2017. Church Army was established in 1882 by Wilson Carlile with a vision to train ordinary Christian men and women to reach those most in need with the gospel. Church Army currently have three centres on the island of Ireland with plans to establish more. Its vision is for everyone, everywhere to encounter God’s love and be empowered to transform their communities through faith shared in words and action.

Speaking of his work with Church Army, Alan says, “I love the fact that my work allows me the privilege of sharing God’s love in a place that I feel truly called. My heart is so encouraged when I seen local people being resourced to share faith in ordinary ways for extraordinary outcomes. To invest and rise up leaders from amongst our nation who have a heart for this land and a heart to share faith well on this land.”

The Revd Cathy Hallissey, Rector of Powerscourt with Kilbride, has been appointed Children’s Ministry Advisor for Dublin & Glendalough. She takes over the role from the Revd Baden Stanley. While training for ordained ministry, one of the areas Cathy felt guided towards was Children’s Ministry, she recalls. “From a very early age I put pen to paper in the form of stories, poetry, song–writing and puppeteering this has continued for most of my adult life,” she says.

She explains that the art of storytelling, drama and music remains as significant and changeless as ever in the lives of children and is a valuable and creative tool by which to deepen their understanding of God and bring the Holy Scriptures to life. She has written a series of scripture stories through poetry and sound effects called ‘Piccolo Topo’ (Little Mouse). These are aimed at teaching children to sit with God in a contemplative way and use their imagination as a form of prayer.

“Jesus said, ‘Let the little children come to me, and do not hinder them, for the kingdom of heaven belongs to such as these’. [Matthew 19:14]. We have such a wide and varied audience in children who teach us the Kingdom qualities of imagination and true presence in every given moment. The days that lie ahead for me, particularly in the areas of creativity, are exciting and I look forward to working alongside all those who give so willingly of their time and skills in nurturing an understanding of God in the area of Children’s Ministry,” Cathy states.

Professor Alan Ford delivered the first lecture in a series organised by the RCB Library to mark the 150th anniversary of Disestablishment. He is pictured here with Dr Susan Hood, Archivist of the RCB Library, Colm O’Riordan, CEO of the Irish Architectural Archive and Eithne Harkness. Details of the remaining lectures and events can be found at [https://www.ireland.anglican.org/news/8989/heritage-week-talks-walks-to] 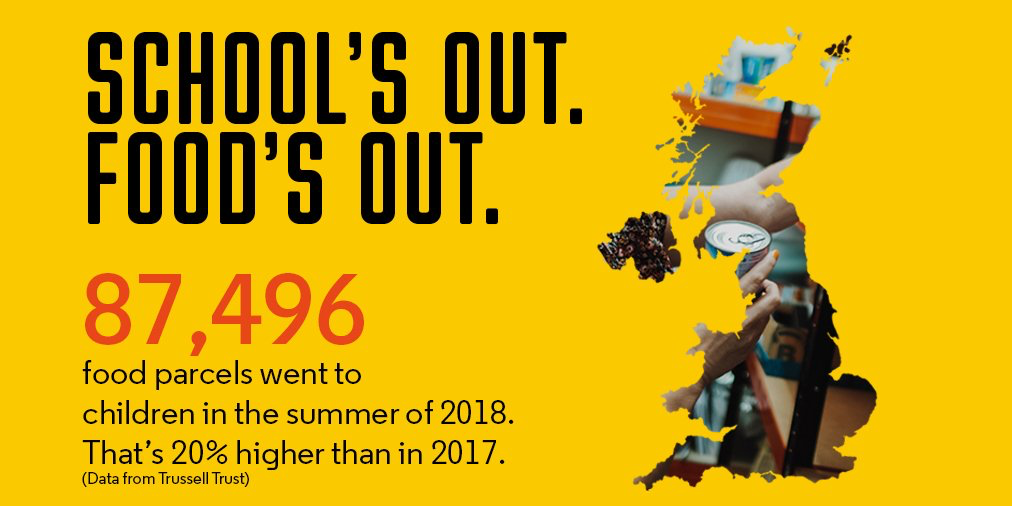 Foodbanks across the UK serve more children in the summer holidays than at any other time. For many of our centres of mission such as Liverpool Centre of Mission, the foodbank is a vital support to the community.

Enjoy free entry at Belfast Cathedral on Saturday 14th and Sunday 15th September for the European Heritage Open Day Weekend 2019. On Saturday 14th September there will be an Organ Recital Performance on the hour, every hour between 11am and 4pm.

Over 300 locations are taking part. A programme of cultural events hosted in venues across Northern Ireland are available free of charge. This year’s theme is “Arts and Entertainment”, providing you the opportunity to explore our heritage of art and entertainment and its links to our community and its built and cultural heritage.

Canon David Catterall, Rector of the Longford group of parishes has retired at the end of July after 17 years of service in the parish. David, a scientist by training, prepared for the ordained ministry in Cranmer Hall, Durham in England. He was ordained 40 years ago and served in a number of curacies in Manchester. He then moved to Ireland in 1988 becoming rector of the Fanlobus group of parishes based around Dunmanway in West Cork.

Bishop Ferran Glenfield writes, ‘I first came across David and his wife Janet while serving in Cork Diocese together almost 30 years ago. David is a most diligent priest whose ministry has been characterised by Christ-like care and compassion. I have spent many dinner times with David, Janet and their family enjoying food and putting the world to right!’

David then became Warden of the Church’s Ministry of Healing which took him across much of Ireland. His wife Janet became the incumbent of the Drung group of parishes in Cavan, which was their introduction to KEA. David became rector of Longford in 2002 and Janet took the neighbouring Mostrim group the same year. David has been Prebendary of Oran in Sligo Cathedral since 2008 and Janet was Prebendary of Mulhuddart in St. Patrick’s Cathedral, Dublin from 2005 until her retirement in 2016.

The Catteralls are not moving far, retiring in Longford town. Two of their adult children live in the vicinity and the other is raising a family in the United States. 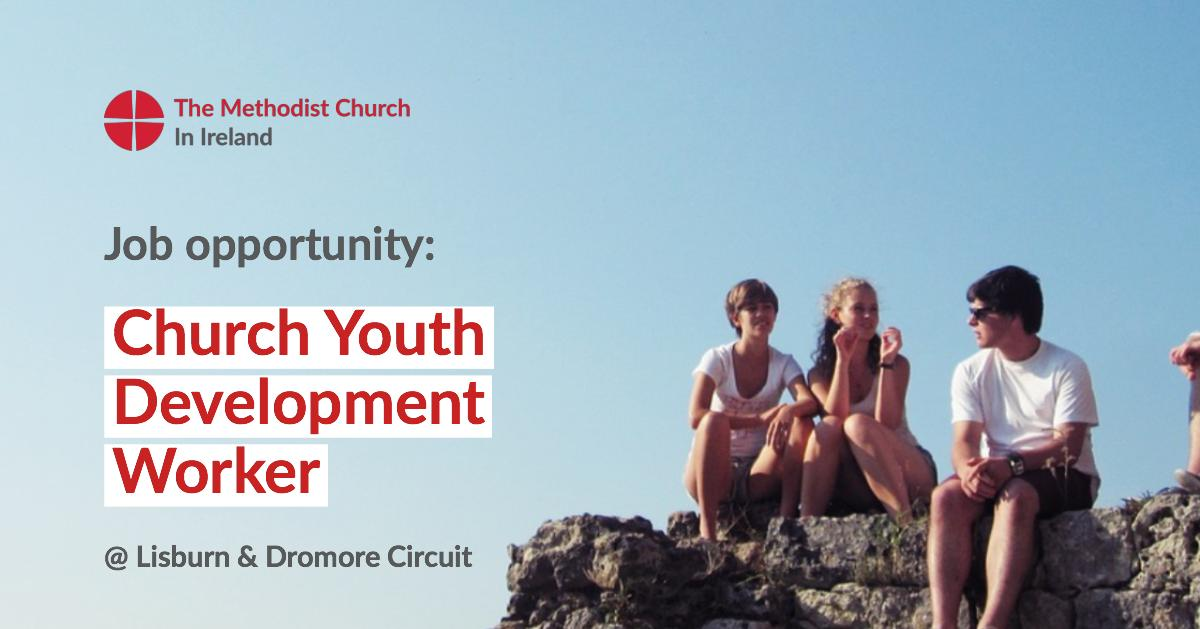 Job opportunity as Church Youth Development Worker, Lisburn. If you’re passionate about seeing young people thrive, grow and be transformed as a result of encountering and walking with God – this could be for you. Everything you need to apply → [https://irishmethodist.org/vacancies] 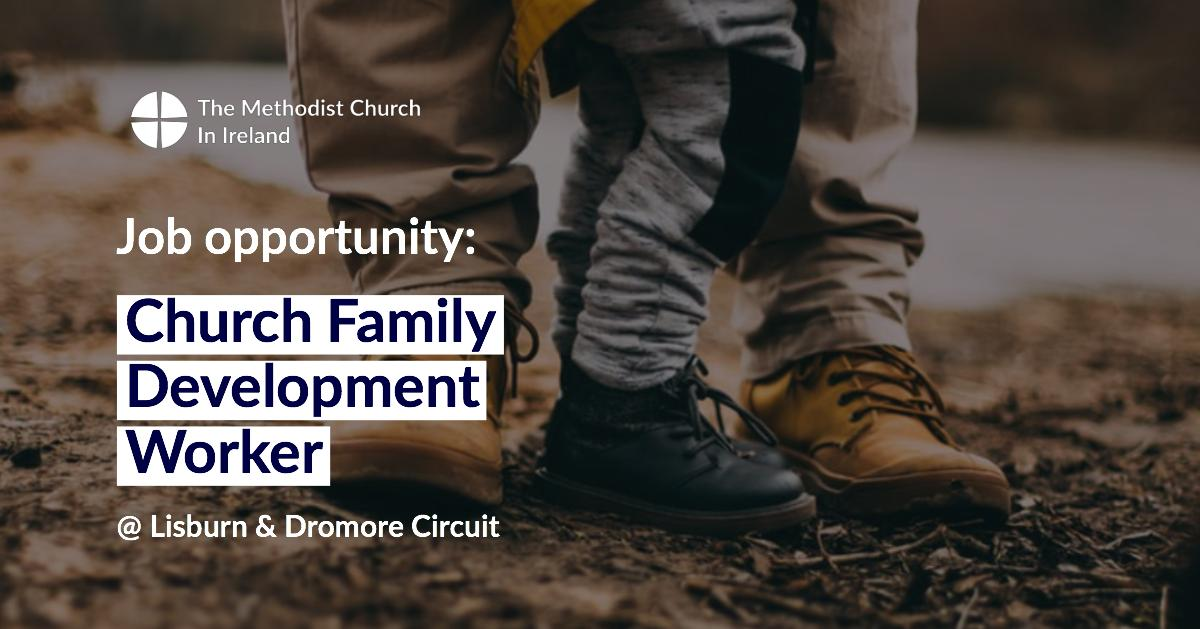 Job Opportunity – This job comes with a variety of opportunities to nurture and develop an already growing family ministry and to establish missional links with the surrounding areas. Everything you need to apply: [https://irishmethodist.org/vacancies] 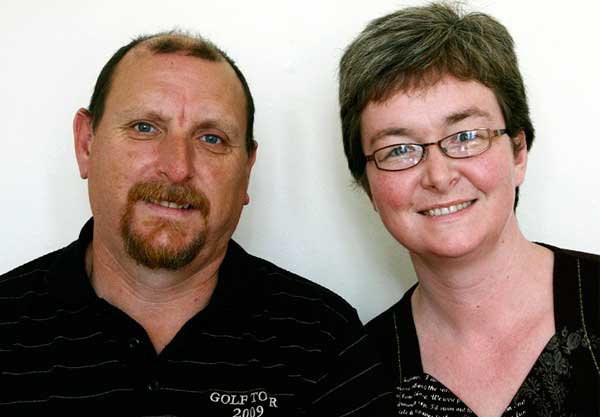 Pray for Lyn and Johnny Dowds, Presbyterian Church global mission workers in Malawi, and their family as they prepare for the transition from Malawi to South Africa. Pray that God will open the doors and prepare the way.

What makes the temptation of power so seemingly irresistible? Maybe it is that power offers an easy substitute for the hard task of love. It seems easier to be God than to love God, easier to control people than to love people, easier to own life than to love life. Henri Nouwen