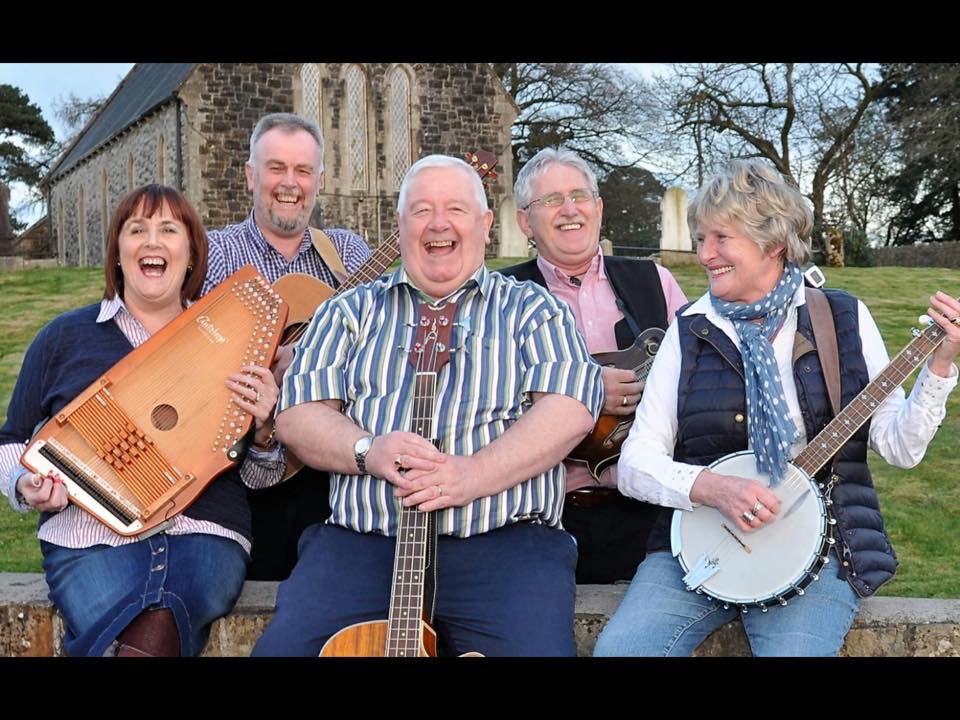 Sunday was the 5th Sunday of the month and a Joint Service was held within the Parish Group in Garrison Church. It took the form of a Friends Service and the Guest Musicians were The Strule River String Band from Omagh. They are an extremely talented group of 5 musicians- Claire McElhinney on auto harp and banjo, Carol McCandless on banjo, Andy Gordon on mandolin, Roy Ward on bass guitar and Shane Rolston on Guitar. They provided a brilliant performance of Gospel songs which had all present moving and joining in with them. They also managed to entertain with a few good jokes! The Group Choir accompanied by Joy Graham sang, ‘The beautiful Garden of Prayer’ during the interval. There were two congregational hymns and Jane Weir on Clarinet accompanied Joy for the last hymn. Tea was served in the Gilaroo Community Centre after the service and there was time for friendships to be renewed. 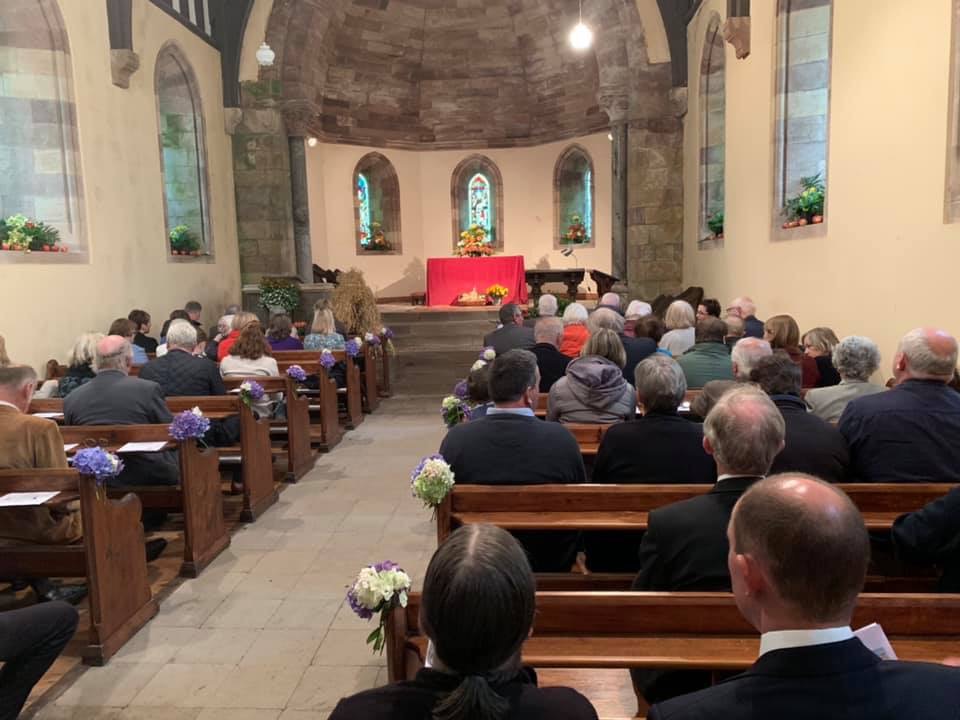 Ardragh Church was beautifully decorated and it was great to have a full church as parishioners gathered to thank God for the Harvest. The guest preacher Captain David Hamilton spoke on the dangers of being selfish with the gifts God has given us and how we should be generous in giving back to God what he has given to us. The congregation in Ardragh for decorated the church and provided refreshments. Next Sunday afternoon the Harvest celebrations move on to Magheracloone. 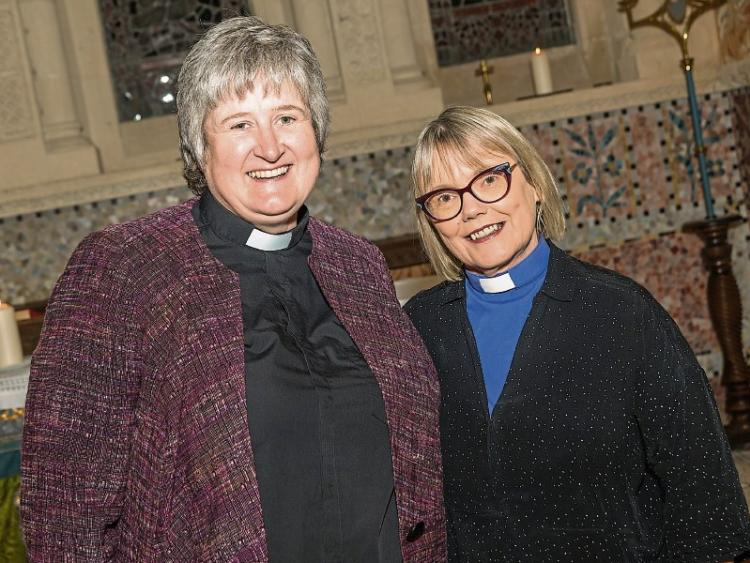 Clane -The new Church of Ireland part time priest for Clane Union of Parishes was a service engineer and test technician in a previous work existence. Dublin Artane native, the Revd Ruth O’Kelly, began her career in the 1980’s. “We worked on the check-in terminals for the airport,” said Revd Ruth, who was the only woman on the team along with eight men. On Thursday night, September 19, she was introduced and commissioned to the Clane Union by the Most Revd Patricia Storey, Bishop of Meath and Kildare at the Church of St Michael & All Angels, Millicent. Revd Ruth, who lives in Kingscourt, Cavan — where her husband, Martin, also from Artane, Dublin, is rector — will work three and a half days each week in the parish.

The Reverend Paul Robinson, Rector of the United Benefice of Halsall, Lydiate and Downholland in the Diocese of Liverpool, Church of England, is to be the new Priest–in–Charge of the Parish of Saint Anne’s, Shandon, and also Chaplain to Saint Luke’s Home in Cork.

Bishop Colton said: ‘I was aware for some time that the Reverend Paul Robinson was testing a vocation to come to work in the Church of Ireland and am delighted that he has accepted my appointment to Saint Anne’s, Shandon, and to Saint Luke’s Home. Both are important parts of our ministry in this Diocese in general and in the City of Cork in particular. In several years, Saint Luke’s Home will be celebrating its 150th anniversary of caring for older people and people with dementia in this region. Saint Anne’s, Shandon, with its famous bells, is a worldwide icon for Cork people and visitors to Cork. It will be celebrating 300 years between 2022 and 2026. Paul is an experienced priest and will be a great asset in this Diocese.’

The Reverend Paul Robinson was born and brought up in Manchester and after a short time working in Liverpool as a local government officer rehousing homeless families, he trained for the ministry at St Stephen’s House, Oxford, returning to Liverpool to be ordained in 1997. During his training he spent some time at St Columba’s Hospice in Edinburgh as part of his formation. He spent his curacy at St Thomas the Martyr, Upholland, near Wigan, after which, in 2001, he was appointed as Vicar of Lydiate, a large suburban parish in the Diocese of Liverpool. 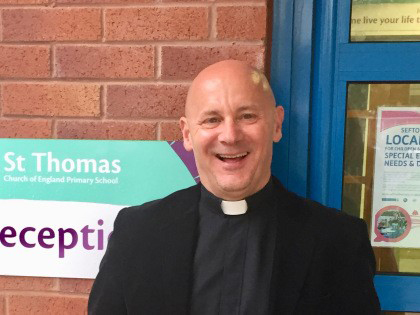 In 2007 Paul was appointed as Rector of the United Benefice of Halsall, Lydiate and Downholland in the same diocese, leading a large team of assistant clergy and licensed layworkers. He has extensive experience working in church schools, both on governing bodies and taking a lead in the formation of children’s Christian education through worship and teaching; he has contributed to a number of Youth Pilgrimages run at Walsingham in Norfolk and continues to sit as a member of the Board of Education in the Diocese of Liverpool.

His move to the Diocese of Cork, Cloyne and Ross comes as something of a fulfilment, as Paul began to discern a few years ago the possibility of a ministry in the Church of Ireland. Feeling that God has been ‘pulling at his sleeve’, Paul writes: ‘I am utterly delighted to have been appointed to this exciting role as I face the challenge of becoming the Priest in Charge of St Anne’s, Shandon, and Chaplain at St Luke’s Home, Mahon. I feel humbled that Bishop Paul has encouraged me to take up this wonderful opportunity. I am greatly looking forward to working with the good people of St Anne’s in promoting the Gospel in the context of such a vibrant city centre and helping to journey with the communities at St Luke’s Home, residents and staff, in maintaining it as a place of welcome, care and hospitality.

The Bishop hopes to introduce Paul to the parish and chaplaincy and to license him on Sunday, 19th January 2020, at 4pm in Saint Anne’s Church, Shandon. 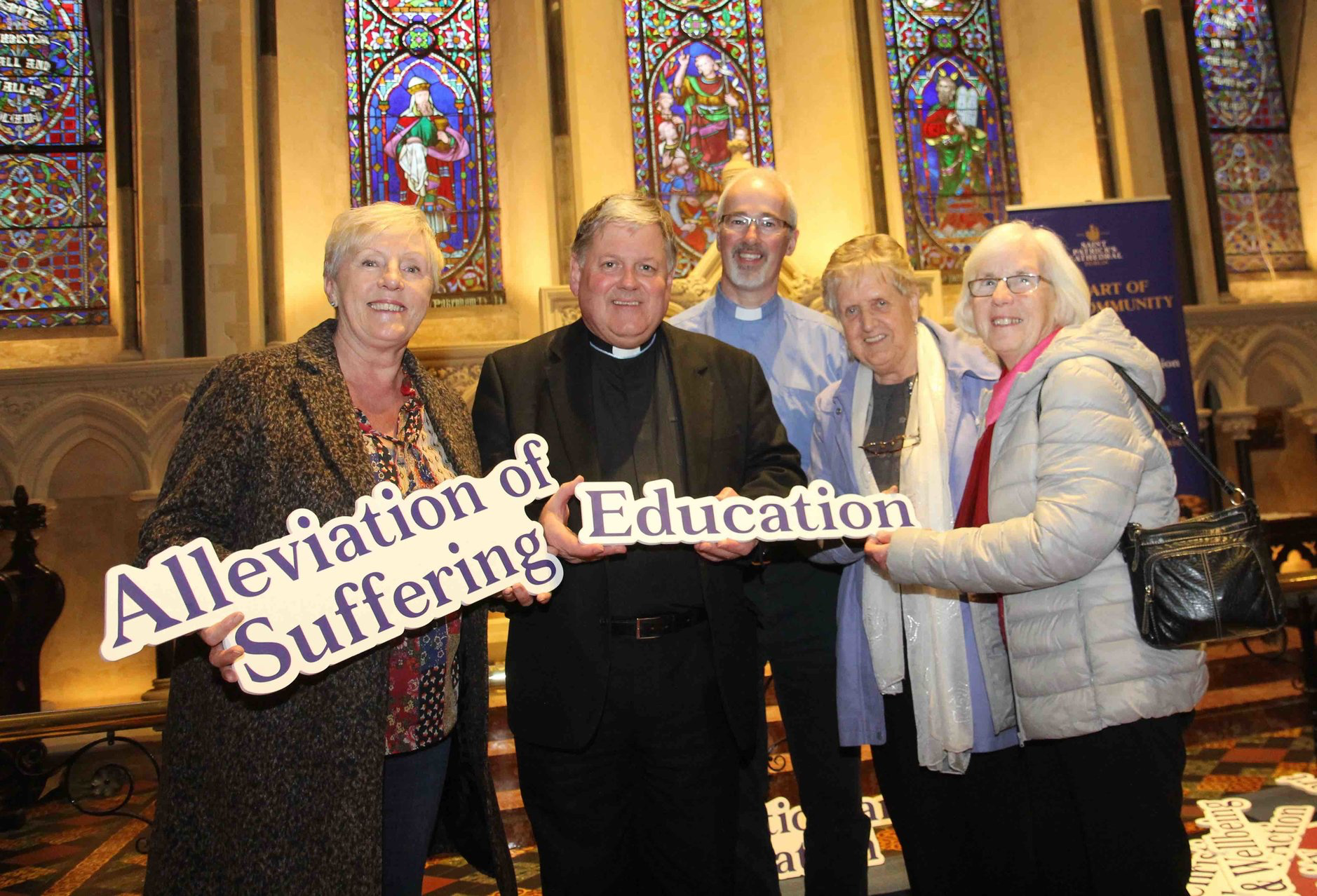 St Patrick’s Cathedral is now welcoming applications for its Community and Charitable Fund. To date, the cathedral’s fund has seen in excess of €1 million in direct funding being donated to groups across Ireland.

Photo above – Dean William Morton with some of the recipients of last years Community and Charitable Fund.

The fund accepts applications from community groups and charitable organisations in the following categories:
Christian Faith in Action
Health & Well–being
Alleviation of Suffering
Education
Inclusivity
Community Support
Conservation & Restoration
Timelines for the 2019 Community and Charitable Fund are as follows

Step out in Fashion with the Mothers Union 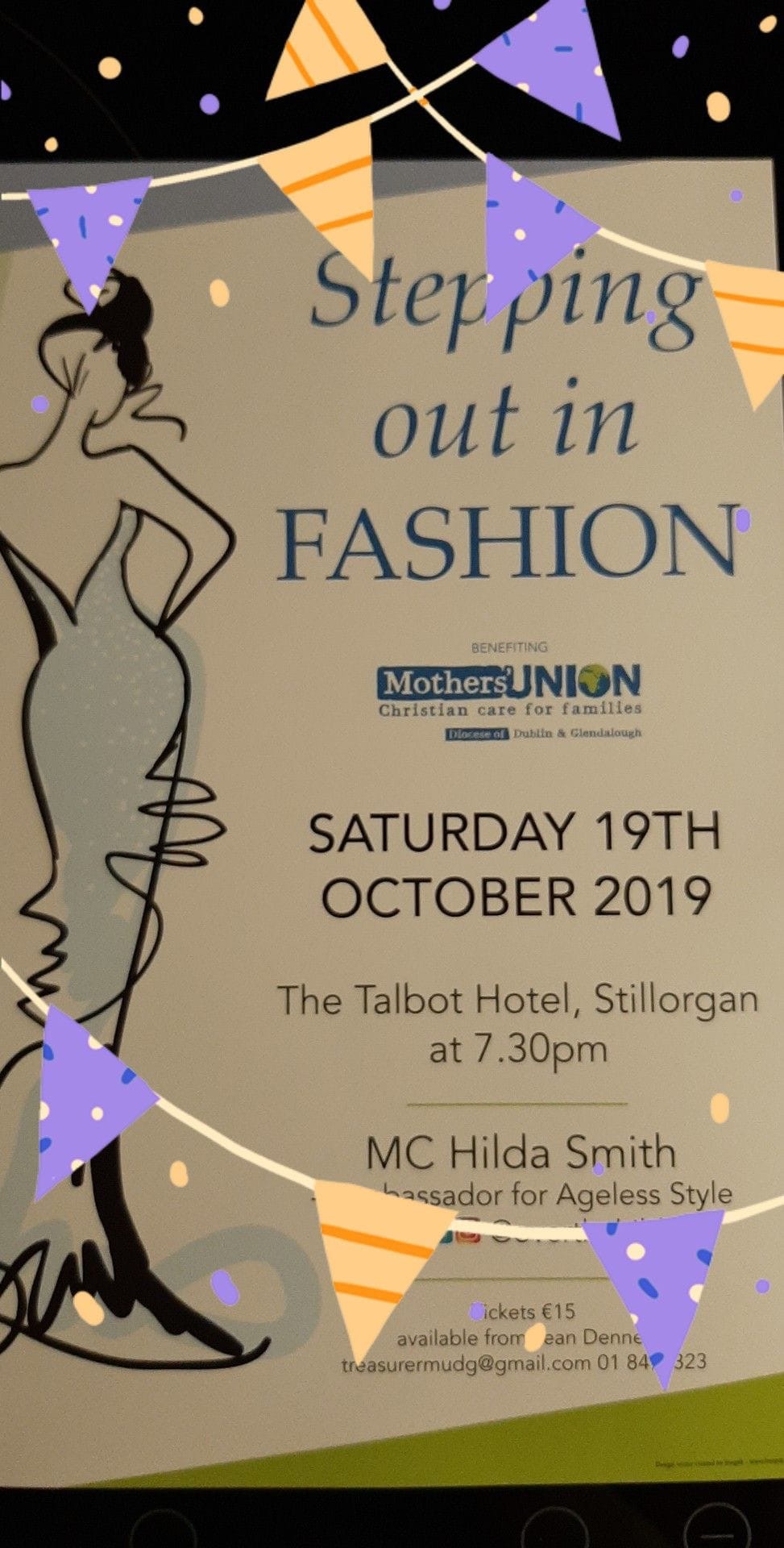