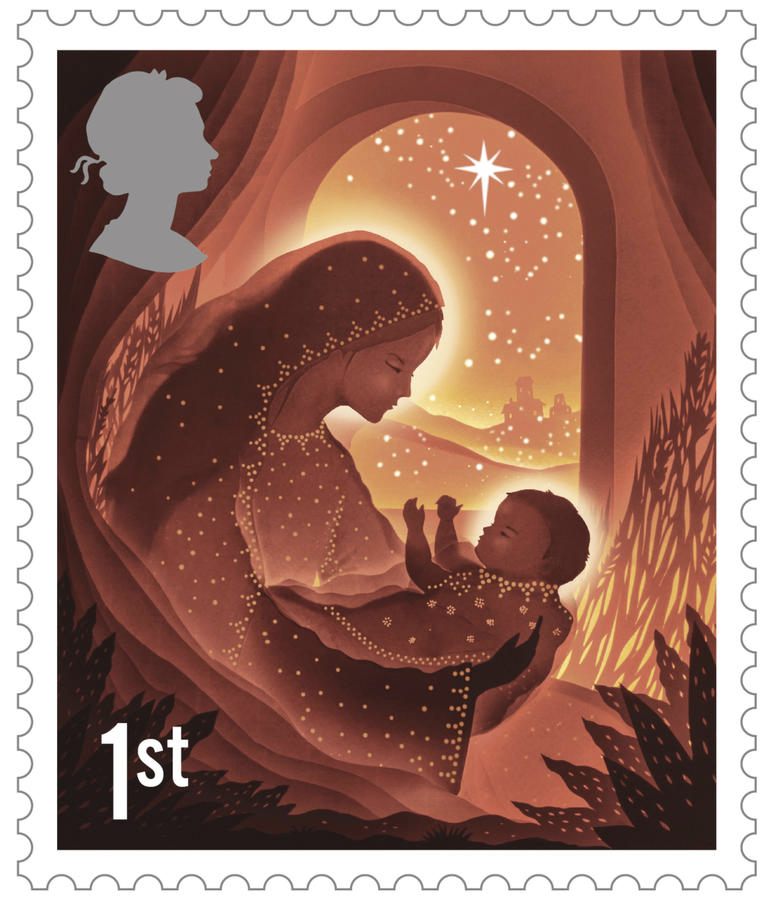 The Biblical nativity story has been brought to life on this year’s Royal Mail Christmas stamps.

The six stamps show scenes from the Biblical story of the nativity, the annunciation, the journey of the Magi and the birth of Jesus Christ.

They were designed by paper-cut artists Hari & Deepti who used layers of intricate paper and light-boxes to create three-dimensional scenes that bring the stories to life.

The Christmas stamps are on sale from Tuesday, with recommended posting dates of December 18 for second class, December 20 for first class and December 23 for special delivery.

Music at Saint Canice’s Cathedral in the Middle Ages

On Friday at 1pm to the first of the November Talks by Dr Frank Lawrence will be presented. This lecture will explore the musical tradition of St Canice’s cathedral in the medieval period, using extant manuscript sources from Kilkenny and the diocese of Ossory. Music played a central part in medieval worship and the musical and liturgical life of a medieval cathedral was highly organised and regulated. The lecture will examine how the tradition in Kilkenny’s cathedral related to that of the rest of Ireland and Britain and wider continental Europe. Particular attention will be paid to developments in the 14th century, including the role of Bishop Ledrede in matters musical. Entry €5 including lunch 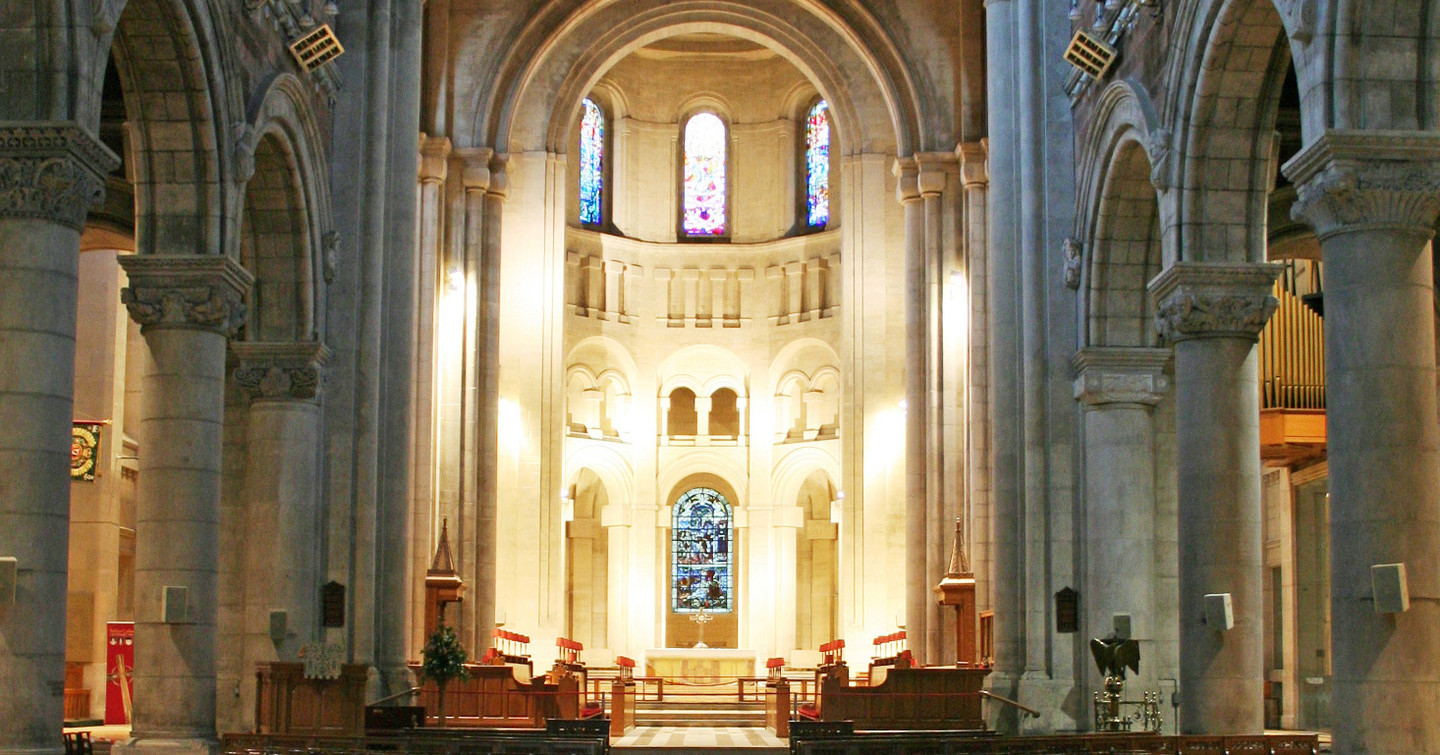 You are invited to join the Belfast Cathedral community for Evensong throughout November each Wednesday, Thursday and Friday from 5.30pm. Follow the link below to find out more.
[https://www.belfastcathedral.org/news/november-evensong]

The diocesan ‘A Place to Call Home’ appeal is drawing to a close soon. The appeal supports the Irish Refugee Council’s work in providing homes (as well as assistance with accessing education, employment, healthcare and much more) for people who have permission to remain in Ireland but who are unable to leave direct provision due to lack of alternative accommodation.
Here is a reminder of how the project has helped people.
To find out how to donate see here: [https://dublin.anglican.org/about-us/a-place-to-call-home] 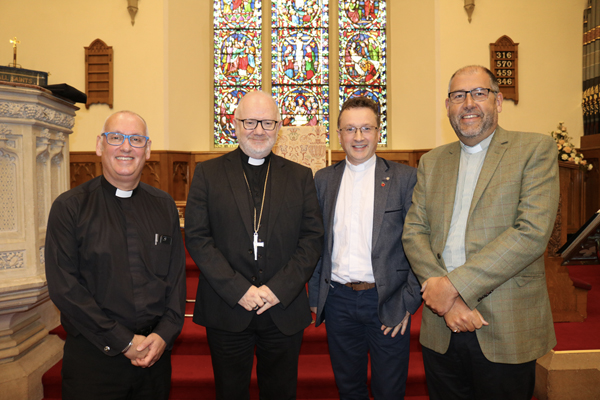 Photo above – The Archdeacon of Connor and Vicar of Antrim, the Ven Dr Stephen McBride; Archbishop of Armagh, the Most Rev Dr Richard Clarke; the Ven Paul Dundas, Bishop’s Commissary; and the Ven George Davison, Archdeacon of Belfast, at the Connor clergy quiet morning in Antrim.

Connor clergy were ‘refreshed and challenged’ by the Archbishop of Armagh, the Most Rev Dr Richard Clarke, who was the speaker at a clergy quiet morning on November 5.

The archbishop, who announced his retirement as Primate at his diocesan synod in Armagh the previous weekend, said he had received a message from the Rt Rev Alan Abernethy, Bishop of Connor, who is also retiring soon, just before the start of the service which preceded Archbishop Clarke’s talks.

He said Connor Diocese was in a time of hiatus – ‘we are looking back and looking forward at the same time,’ the archbishop told clergy and Connor staff.

He delivered two excellent talks, the first focused on holding fast to what is good, and the second on Christian discipleship – exploring what is unknown.

Thanking Archbishop Clarke at the end of the morning, the Ven Paul Dundas, Bishop’s Commissary, said: “We have been refreshed and challenged by what you have said.”

The quiet morning took place in All Saint’s Parish Church, Antrim. Clergy were welcomed with refreshments before the service which was led by the Archdeacon of Connor and Vicar of Antrim, the Ven Dr Stephen McBride, and enjoyed lunch served by Antrim parish in the parish hall afterwards.

Saturday 16th November – Cleenish Parish Auction in Cleenish Hall, Bellanaleck commencing at 2pm. Sale of firewood, farm goods, silage bales, household furniture and goods, collectables, etc. The hall will be open to receive items on the Friday afternoon 3pm to 10pm, and Saturday morning from 10am.

Matt Barlow, who’s been a wonderful Chief Exec of Christians Against Poverty for over a decade, has announced that he will be leaving the charity next year to go into church leadership. Paula Stringer, CAP’s Executive Director, took over the reins as the UK CEO earlier this week

Deaths of senior clerics in Down and Connor 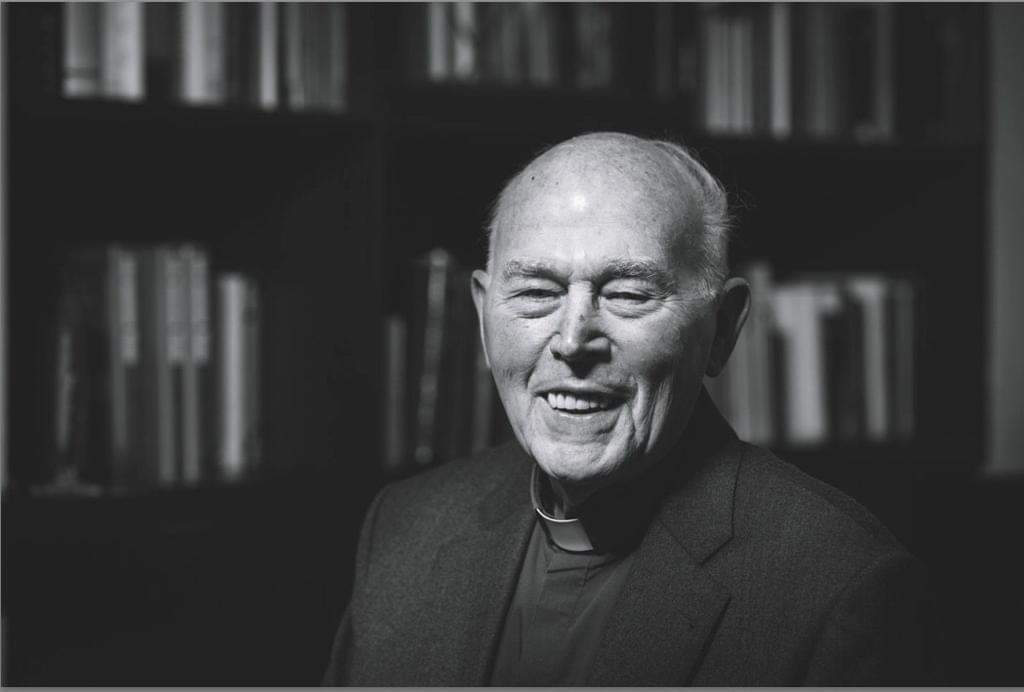 Many were profoundly saddened to learn of the death of Monsignor Ambrose Macaulay (above) of Down and Connor. He had a significant ministry at Queen’s University and the nearby Parish of St Brigit. Monsignor Macaulay was first appointed to the University’s Catholic Chaplaincy in 1964 and served as Chaplain from 1970-1984.

The death was announced on Tuesday of the west Belfast priest Fr Des Wilson. In June, Fr Wilson (94) celebrated 70 years in the priesthood after living and working in Belfast since 1966. Originally from the Ormeau Road, he was well-known for setting up the Springhill Community House in Ballymurphy and educating young disadvantaged people. He had written a column for the Andersonstown News for more than 30 years.