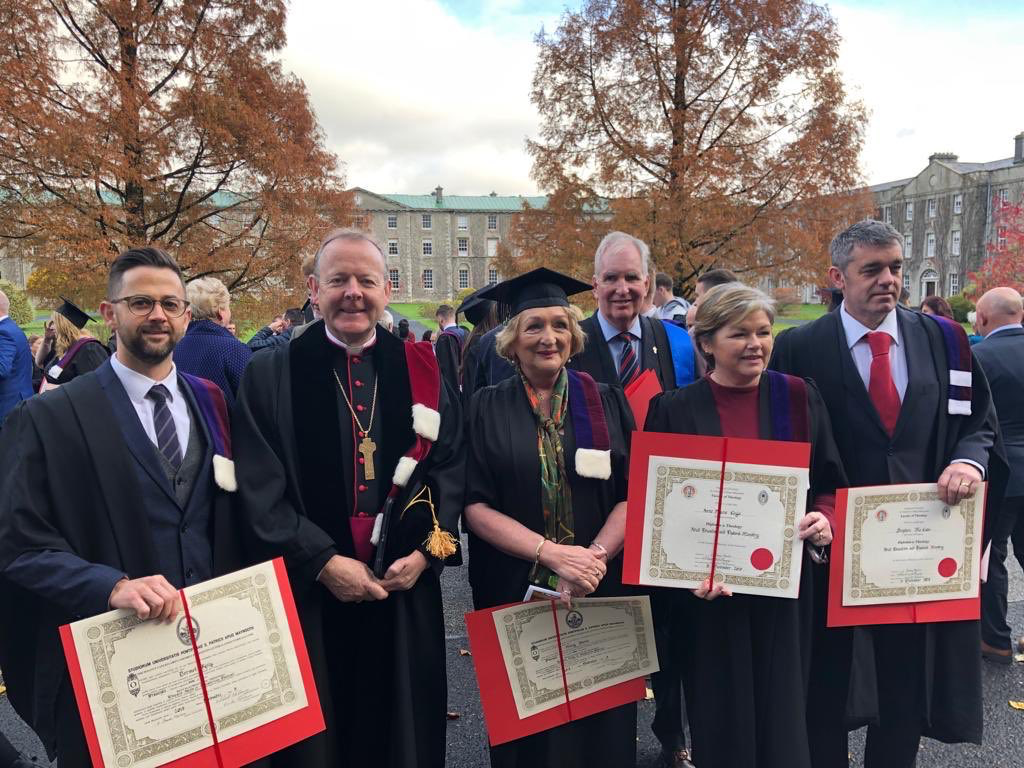 Remembrance wreaths were laid on behalf of the people of Wexford in the presence of civic representatives including Department of Defence officials, the Mayor of Wexford, Cllr. George Lawlor, an Garda Síochána, the Civil Defence, Wexford Fire Service, the Irish Coast Guard, RNLI, the Royal British Legion of Wexford, the National Organisation of Ex-Service Men and Women (O.N.E.), the International United Nations Veterans Association, Soldiers of Peace International Association, the Order of Malta and MarineWatch volunteers.

The Loch Garman Band led the music under conductor John Claney with trumpet soloist Anthony Nolan who sounded the Last Post and Reveille. The Act of Remembrance was recited by Patrick Bradish of the Royal British Legion of Wexford.

The preacher was the Rector, the Reverend Arthur Minion. The service was hosted by the parish and the Diocese of Ferns.

On Thursday the Bishop of Cork will attend the oﬃcial opening of Kinsale Community School, by President Michael D, Higgins, and will join with Bishop Fintan Gavin in an ecumenical blessing of the school.

Remembrance of Patron Saint of Dublin

On Thursday evening, in Christ Church cathedral, Dublin, the Feast of St Laurence O’Toole, Patron Saint of Dublin, will be celebrated at Evensong at 6pm.

The Season of Advent begins on Sunday, 1st December, and so starts a new liturgical year and a fresh cycle of daily Scripture readings. Church of Ireland Publishing has announced that Sunday and Weekday Readings 2020 is now available. This annual booklet is compiled by the Revd Kue Rue and is designed to help worship planners and lesson readers know the appointed readings for Sundays and weekdays. It is also beneficial for those who wish to follow a personal course of Scripture readings which is tied in with the Church calendar.’ It may be obtained from the Church of Ireland’s online bookstore (https://store.ireland.anglican.org) or from Richard Ryan at the Book Well, Belfast (email: info@thebookwell.co.uk; mobile: 07581 143 596). The price is £3.50/€4 per booklet. For further information on Church of Ireland Publishing, visit www.cip.ireland.anglican.org 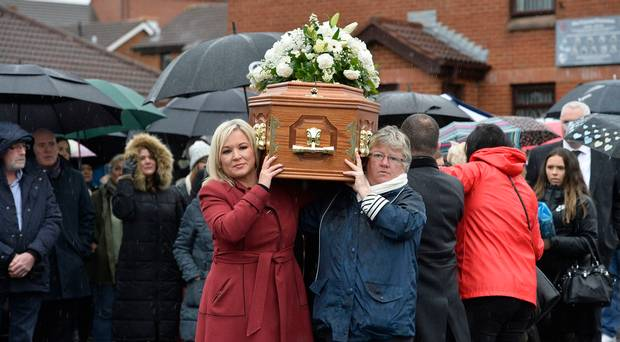 The funeral of community activist Fr Des Wilson has taken place at Corpus Christi Church in west Belfast. Fr Wilson, who died last week at the age of 94, was well-known for setting up the Springhill Community House in Ballymurphy and educating young disadvantaged people.

Hundreds turned out for his funeral on Saturday morning.

Fr Wilson was brought up in the Ormeau Road and spent some 54 years as a cleric in west Belfast.

He was spiritual director at St Malachy’s before moving to St John’s Parish.

Fr Wilson also worked tirelessly for peace, and with the late Fr Alec Reid he tried to mediate between various republican groups and to attempt dialogue with loyalist paramilitaries.

Speaking after his death, former Sinn Fein president Gerry Adams said: “He was hugely respected and loved as a priest, a community activist, an educator, a defender of people’s rights, an author, dramatist and writer.

“He was also a man of great courage, a good neighbour, and a decent human being.”

The well-known priest Fr Brian D’Arcy also paid tribute. Fr D’Arcy said: “Des Wilson was a man of his convictions. He put his life and comforts on the line, bravely discerning a new way of being a priest. He shunned clerical promotion for the sake of the Gospel. He despised the evils of clericalism.

“In the early 1970s we became friends. I was then the inexperienced editor of a religious magazine based in Dublin. I asked Des, who was well-known even then, to write for The Cross magazine. He was someone who comforted the afflicted and often afflicted the uncomfortable.”

Advent retreat for C of I clergy and lay people

‘Restoring the Woven Cord’– a retreat for Advent for clergy and lay people – will be hosted by the Commission on Ministry at the Dromantine Retreat and Conference Centre, Newry, Co. Down, between 28 and 30 November. The speaker will be Canon Michael Mitton who works as a freelance writer, speaker, retreat leader and spiritual director. He is a canon emeritus of Derby Cathedral and has written a number of books, including A Handful of Light, Dreaming of Home and Seasoned by Seasons. A revised version of his book Restoring the Woven Cord was published earlier this year. For further details and a booking form, please contact Judy Peters ([judith.m.peters@gmail.com]) or Catherine Smith ([catherine.smith@rcbdub.org]).

Vacancies in the Choir of Christ Church Cathedral, Dublin

Vacancies exist in the Choir of Christ Church Cathedral, Dublin, for Lay Vicarships and Choral Scholarships in all voice parts (soprano, alto, tenor & bass) starting in January 2020. The Cathedral Choir sings for 3–4 services per week in term–time, with concerts, recordings, and international tours (most recently to the USA in July 2019), and enjoy a generous remuneration. This is an opportunity to develop choral and musical skills whilst singing in an internationally renowned choir. Both Lay Vicarships and Choral Scholarships are able to be undertaken alongside undergraduate or post–graduate study. Applicants should send a Curriculum Vitae, covering letter and details of two referees to jack.oades@christchurch.ie. Auditions will take place in late November 2019. Short–listed candidates will be required to perform a song or aria of their choice, and undertake a series of basic sight–reading tests. For more information or a detailed job description, email:[ jack.oades@christchurch.ie] or [luke.horner@christchurch.ie.]

BBC Radio 4 Sunday – Items include feature on Church of Ireland parishes which straddle the border (from 6mins).
[https://www.bbc.co.uk/sounds/play/m000b6z2]

Rise in theft and vandalism on churches

Sunday Telegraph – Report of a rise in theft and vandalism on churches maintained by the Church Conservation Trust.
https://www.telegraph.co.uk/news/2019/11/09/churches-feel-pane-stained-glass-stolen-order/