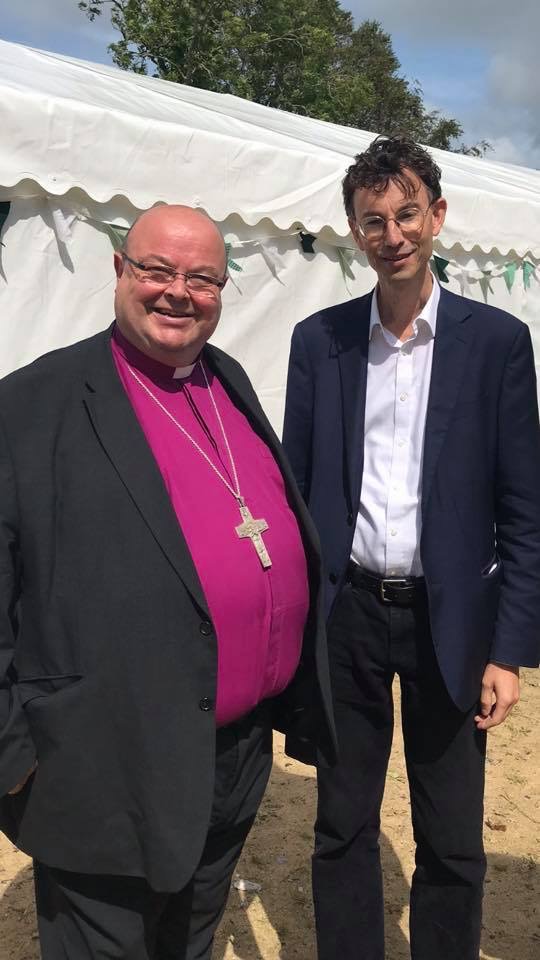 Brendan Simms, Professor of the History of International Relations at the University of Cambridge, was one of the speakers at the West Cork History Festival. His great-uncle George Simms, Archbishop of Dublin and then Armagh, served as Bishop of Cork from 1952 to 1956

Prof Brian Walker spoke on ”Southern Protestant Voices during the War of Independence and Civil War’, Professor Liam Kennedy on ‘The IRA and Irish Protestants, 1919-23 and 1969-98’; Professor Eunan O’Halpin on ‘Policing and politics: the RIC and the War of Independence, 1919-21’; Ida Milne and Ian d’Alton spoke on ‘Protestant and Irish: Opening a different sort of conversation?’; and novelist Daisy Goodwin, who wrote the hugely popular TV series ‘Victoria’ on the life of Queen Victoria. Daisy spoke about writing Victoria and her own West Cork connections. She is a descendant of the Reverend Robert Traill rector of Schull during The Great Famine. 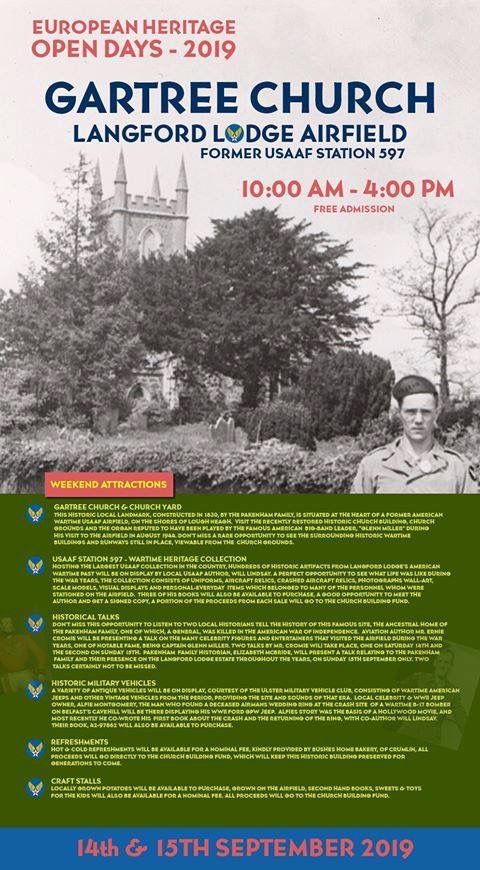 Call at Gartree church near Crumlin, on 14th and 15th September. See Will Lindsay’s fantastic Wartime Heritage Collection as well as Military Vehicles and listen to Talks on each day.

Monday 19th August – Historical Talk in St. Salvator’s Church, Glaslough at 12.30pm will be given by Revd. Lorraine Capper as part of National Heritage Week. There will also be exhibition of old and recent wedding photographs. No booking necessary. Those interested may continue the Heritage and Garden Trail led by Glaslough Tidy Towns around Glaslough voted ‘The tidiest village in Ireland’ in 2018.

Catholic charities in Scotland have called on the Archbishop of Glasgow to offer church property to asylum seekers made homeless by a mass eviction. The housing management company, Serco, which used to provide housing to around 300 asylum seekers, announced that it would be issu ing eviction notices as part of its “Move On” protocol last year, but only began evicting tenants at the end of July. Justice & Peace Scotland, Marian Action and the St Vincent de Paul Society told Archbishop Philip Tartaglia that “forcing already vulnerable people into destitution is inhumane”. They warn that those who are being turned out of accommodation “face the terrifying prospect of being forced into street homelessness and destitution, with all the inherent dangers this brings”. The letter suggests that empty parish houses, which have increased in number with the clustering of parishes within the archdiocese, could be used for emergency accommodation. Archbishop Tartaglia has written to the home secretary, Priti Patel, calling the evictions “harsh”, urging the government not to force homelessness on asylum seekers but to provide safe accommodation “in accordance with their human dignity and human rights”.

Number of Orange marches in Scotland has dropped

The total number of Orange marches taking place in Scotland has dropped, with figures published in the Scottish Catholic Observer indicating a year-on-year decline since 2017, when there were 834 marches. There were 747 marches in 2018 and just 500 so far in 2019, with the bulk of the marching season now past. These figures compare with highs of more than 850 15 years ago. The Church in Scotland said that the number of marches was “less important than the manner in which they are conducted”.

Bishop Collins launched a project to supply pews for the new Emmanuel Cathedral. The people are praying for all 328 pews to be in place by December. Pray for God’s provision and for Bishop Collins as he provides spiritual leadership. 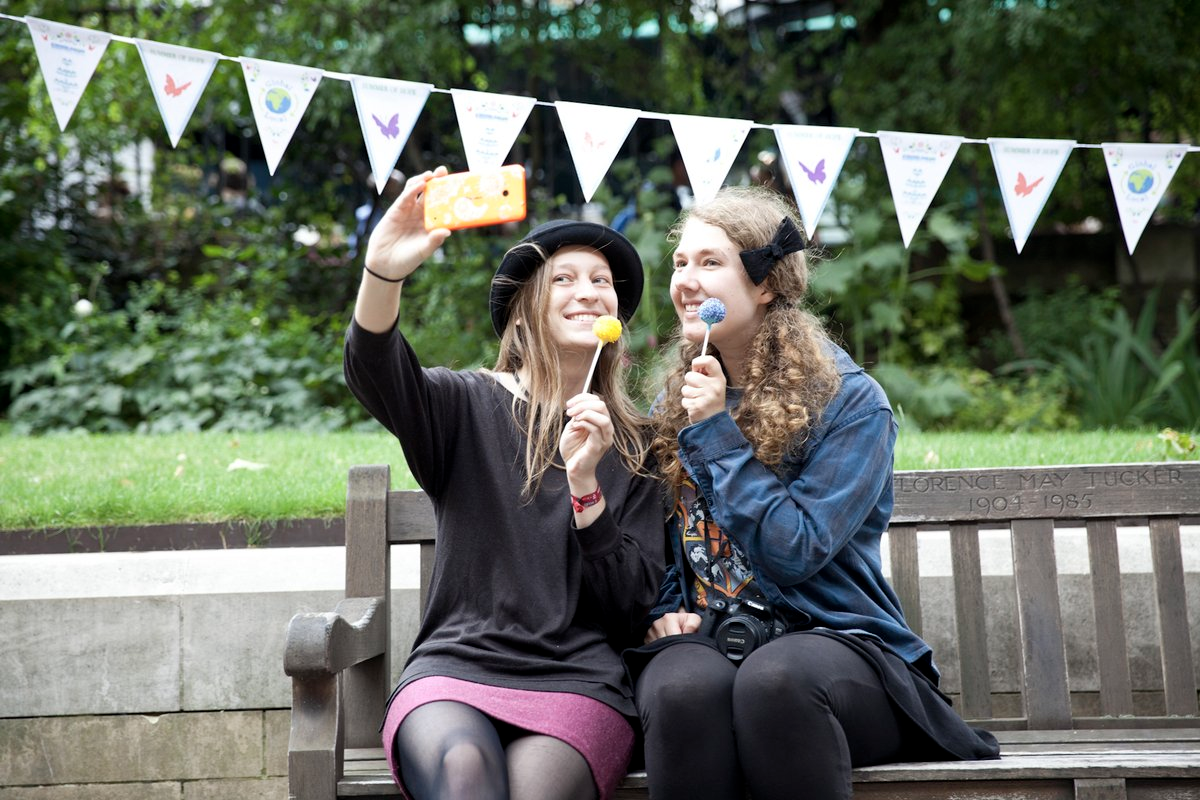