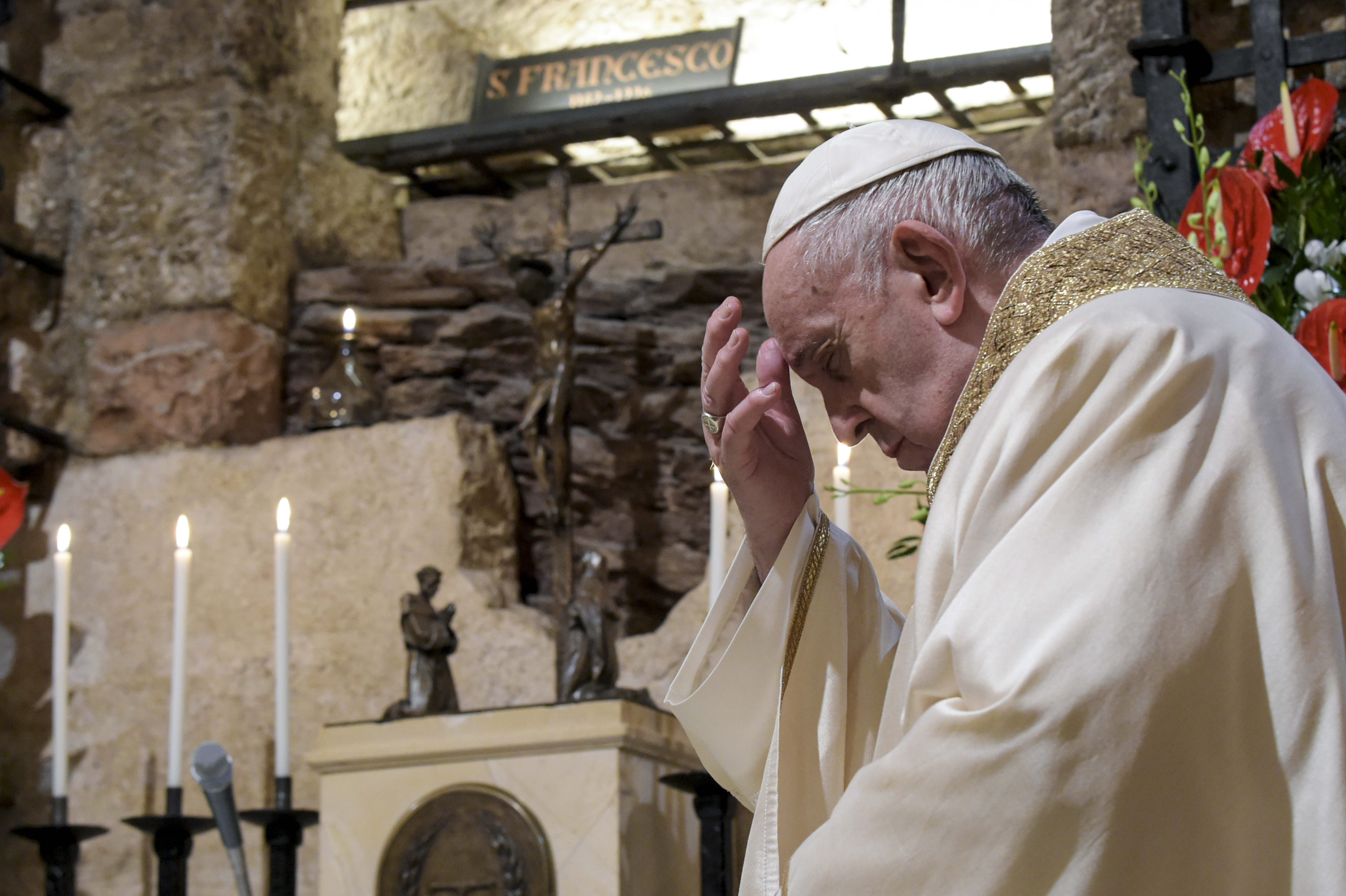 Pope Francis called for the laity to “take a step forward” in carrying out the Church’s mission of evangelization in a preface to a book written by an Italian bishop.

“The time is now. The mission of the laity is not a privilege of a few and it involves total dedication,” Pope Francis wrote in the foreword to the recently published book “Symphony of Ministries: A renewed presence of laity in the Church,” by Bishop Fabio Fabene.

“The laity themselves are asked to be joyful in self-giving and prayer, to grow and to operate within the Christian community to share and support their journey, the mutual exchange of gifts aroused by the Holy Spirit,” the Pope said.

Pope Francis stressed the importance of “the co-responsibility of the laity in the building up of the Church,” as highlighted in St. John Paul II’s 1988 exhortation “Christifideles laici.”

“The ministries established carry out this dual mission in favor of the Church and the world, making the laity (women and men) active subjects of evangelization and mission,” he added.

The Pope mentioned that the recent synods on the family, young people, and the Amazon had recommended new lay ministries “for a more synodal and outgoing Church” and asked every bishop to conduct a careful discernment of which ministries are needed for his territory.

He also warned Church leaders against the temptation to “clericalize” the laity and said it was vital to recognize lay people’s specific vocation.

“It is necessary to avoid the risk of transforming ministries into forms of power, which is a temptation always lurking,” he said. “An entirely ministerial Church manifests a People with a thousand faces. It is a Church where the role of women is central.”

Published in Italian by Edizioni San Paolo, the 112-page book proposes that the laity should play an important role in the Church’s pastoral care in light of a fall in priestly vocations in recent years.

Bishop Fabene, the author, has served as under-secretary of the Synod of Bishops since 2014. Prior to this, he earned a degree in canon law from the Pontifical Lateran University and worked in the Vatican’s Congregation for Bishops.

“It is time for the laity to take a step forward, a step further. And find in the Church the necessary space to do so, a way to respond to their vocations,” Pope Francis wrote.

“The Holy Spirit is always active in the People of God, enriching them with new gifts each time, and we must be careful not to extinguish them and not to discourage them,” the pope said.