Open letter from Bishop of Clogher to Boris Johnson, MP 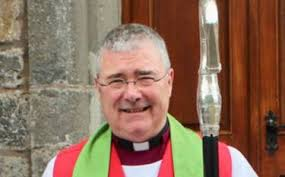 Rt Rev John McDowell is the Church of Ireland Bishop of Clogher, a cross-Border diocese. In an open letter to the British Prime Minister, he states that people in Northern Ireland are feeling anxious about the future direction due to Brexit.

I wrote to you in July via an op-ed piece in the online version of the Daily Telegraph. You have had a lot of correspondence and advice from all sorts of people since then and I don’t expect you to remember what I wrote over three months ago, but as the situation has become even more acute, I hope you don’t mind me returning to the issues I raised with you then.

However, you may remember that I wrote to you as a bishop whose diocese traverses the Border, taking in territory in both political jurisdictions, and therefore having the material and spiritual well-being of the people of the United Kingdom and of Ireland at heart.

Since then, I acknowledge a no-deal departure cannot now happen on October 31st. But many in Ireland, north and south of the Border, remain more than a little anxious that it has not gone away, you know.

Faith and trust are very real virtues within the territory which I usually inhabit and I have a great deal of respect for them. It’s just that I find it odd and a little alarming to see them as the rational foundation of a modern government policy. This is at least as much an ethical as a political point.

Politics (especially the traditional type of English conservatism) is about practicalities and realities. Priests, poets and prophets dream. Politicians stay awake at night and work out what elements of the dream can be made real in the waking world.

Isn’t it odd how so much of what has been going on since June 2016 seems unreal? Right up to today. Perhaps it is at times like these that ordinary citizens need to find a voice and raise real and practical concerns about where this sleepwalking might end.

The other point I made back in July was about the significance of the Border as an usually unseen but very potent force in the politics of Ireland, north and south.

The Border does not just stretch from Warrenpoint in Co Down to Muff in Co Donegal. It goes through every village and town in Northern Ireland, and in some places in Belfast it is so hard that it takes the form of very high brick walls topped by razor wire.

And like all borders, if it is to be managed peacefully, people on both sides of those dividing lines (visible and invisible) need to have confidence that their well-being means something to those who govern them. And to do that, it is necessary to talk to them and to get to know them.

I hope you will believe me when I say that it’s not only those who are currently making the loudest and ugliest noises within the broadly unionist community who are feeling a little uncertain about the future direction of travel.

Since I last wrote, there has been some development in your government’s appreciation of the concept of consent in democratic arrangements for Northern Ireland.

That is very welcome, but perhaps it needs to be developed further in a way that is transparently and evidently for the benefit of the entire region and all communities – unionist, nationalist and other. That is why the Belfast Agreement has worked – it is complicated and founded on a carefully-formed consensus.

But then in 1998 it wasn’t simply a little local achievement; it was a groundbreaking piece of statecraft, managed across borders, which brought an end to misery for many and a sense of hope for a new generation.

The rallying cry wasn’t “let’s get on with it”. It was “let’s take our time and do it properly, for the good of all”. That’s not very catchy; but it’s the first principle of truly democratic government.

Since I wrote to you back in July, I have an increasing sense that a large number of people in Northern Ireland are wondering if their concerns are being taken seriously at all. Of course, we understand that Northern Ireland is a very small province and that Ireland is a small country to be at the centre of European geopolitics.