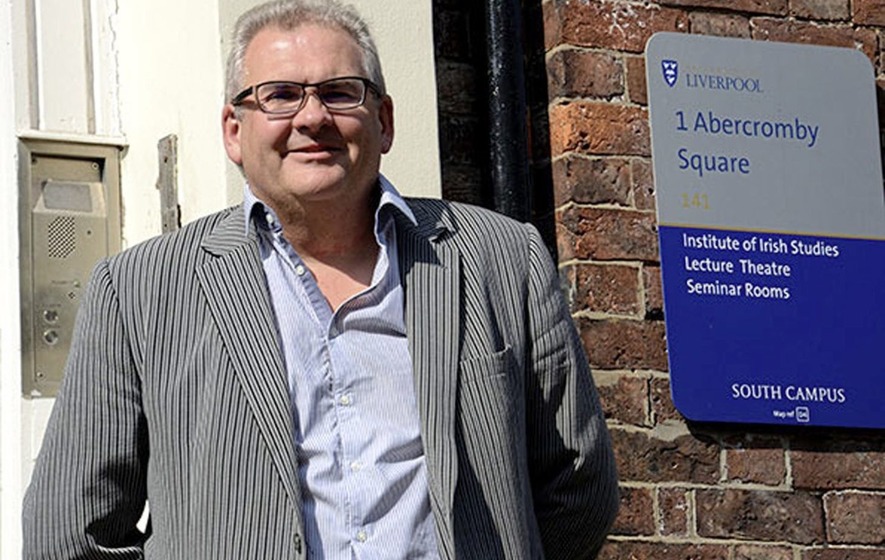 Debating the future must be evidence-based

Peter Shirlow, Director of the University of Liverpool’s Institute of Irish Studies writing in the Irish News, August 31, 2020 –

When reading Brian Feeney’s piece ‘Go Figure, the north is a failed political and economic entity’ (in the Irish News), I was reminded that when cherry picking you need to do it with care.

If you do it aggressively the tree will no longer bear fruit.

Debating the future must be evidence-based and draw upon the concept of societal improvement. Unfortunately, my response requires nit picking which is necessary when pushed into binary conversations.

Brian depicts the north, as an economic backwater which is partly true, especially after 40 years of violence. But are there not green shots to consider? Northern Ireland is sixth best in the world for primary maths. One of the top 10 regions for digital technology and a leading destination for FinTech and Cybercrime investment. Not to mention the emergent film industry and the estimated 21 million people who visit.

Room for improvement, but the place deserves more than mere derision or no mention of those, irrespective of their constitutional preference, who have created jobs, driven the social economy, upgraded technology, and propelled the cultural economy.

The south is not some economic Nirvana. I have no intention to deny or underestimate the significant developments that have taken place in Ireland but if we are to debate the future then we need to view both economies warts and all.

American businesses run their EU revenue through their Irish base which inflates GDP. In 2018 it was found that a quarter of GDP growth was due to Apple’s accounting procedures, that are often questioned in terms of tax revenue generation. This is known as the soufflé effect – all rises but with a hollow middle. When accounting for transfer pricing, Ireland’s debt to GDP ratio is not 70 per cent but closer to 107.

Moreover, Dublin and London provide subventions to their respective regions that cannot match each city’s economic prowess. Why subvention is seen a peculiar to Northern Ireland is plainly baffling.

Both economies have structural weaknesses. They have abandoned the urban and rural poor. I know countless young professional people living in Dublin who earn staggering sums who cannot afford to buy a home or whose disposable incomes are limited.

Their equivalent in Belfast are on the property ladder, are not delaying having children and have cash in their pockets. Furthermore, fair employment rightly aided the creation of a burgeoning Catholic middle class, especially though public sector employment.

While the south relies on a tax-haven status to employ a growing population, the UK provides public spending in a way that is fully sustainable. Northern Ireland is far from a failed economic entity when we consider decades of anti-discrimination practice that drove social mobility. Even Irish economists contend that people in Northern Ireland, due to public spending, lower taxes and free healthcare are better off, despite lower wages, than their neighbours south of the border.

I am also pretty sure the 800,000 people living in poverty in the south wonder where this economic utopia is that supposedly surrounds them.

Here is another irony. Sinn Féin’s electoral success in Ireland was based on a very different picture of economic reality to that painted by Brian Feeney. It was centred on Sinn Féin calling out the social ills faced by many Irish voters. Pointing out, as they did, that there is something structurally wrong when rents are more expensive than mortgages. In many ways Sinn Féin stressed concerns about the Irish economy that many unionists share. So how do we emerge from the dreariness of such debates?

And perhaps here is a final irony. Brexit offers a solution. The EU and UK established that in addition to the 12 areas for north-south cooperation agreed in the Good Friday Agreement that there are now over 160 areas and/or all island connections identified as needing to be protected and developed. This is where the future lies. Better cooperation around health, between the universities, and in technological exchange is where we locate the capacity to deliver economic and cultural exchange.

I would guess, that in the here and now, the majority across these islands would favour interdependence over the conflict of constitutional change. Probably more so as we enter post-Covid economic torrents.

Greater north-south connectivity could save the union or lead to unification. Either way it is a platform around which to build relationships necessary to develop the next phase of the peace process. If you think that phase can be built through pursuing the language and politics of 1921 or north good south bad versus south good north bad then, irrespective of your constitutional choice, your cherry picking will not bear fruit.

:: Professor Peter Shirlow is the Director at the University of Liverpool’s Institute of Irish Studies. ::